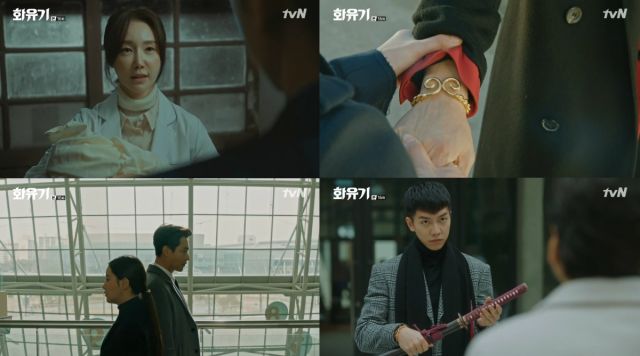 "A Korean Odyssey" is trying to cover up holes with even bigger holes, but any effort to somehow make the story work is better than none, when we still have the final four episodes to go. Seon-mi discovers leftovers of Ah Sa-nyeo's powers in her, while a mysterious figure leaves a child with Oh-gong, urging him to visit them with Seon-mi and learn of her true past, as well as their possible future. Meanwhile, Ma-wang has insidious plans once more.

Oh Ma-wang (Cha Seung-won), you are a stable mess of "A Korean Odyssey" (also known as "Hwayugi"), and you do not deserve it. The episode returns Ma-wang to his sweet, de-horned nature, only to bring back his selfish ways and wish to eat one companion, while betraying another. The worst part about this is that his behavior makes sense, which reminds us of how little time these beings have known Seon-mi (Oh Yeon-seo) for, and therefore reminds us that the romance is overblown for that time. 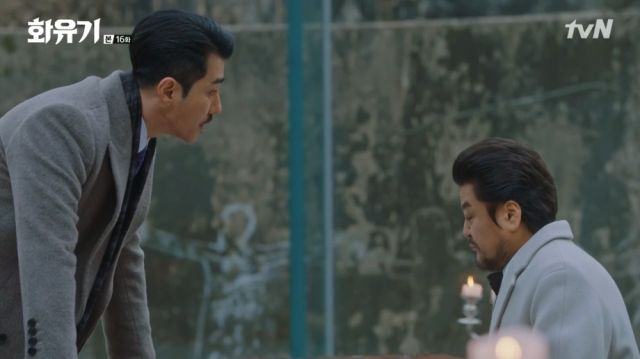 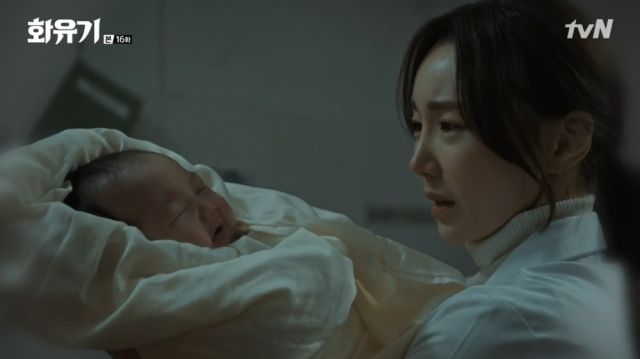 Ma-wang's erratic morality and indecisive ally/foe development aside, we have confirmed villains who are waiting in line. Ah Sa-nyeo (Lee Se-young) continues to be useless so far, while her final goal is still unknown. Wanting to live independently in a strong body makes sense, but what exactly is her motivation for creating a king? It is just something she does? Or does the person she crowns become invincible, which means she is also immune to dangers? It did not work so well last time, miss.

Which brings us to the end of days and the drama's attempt to clean Seon-mi's guilt right up. When she speaks to Oh-gong (Lee Seung-gi) about her vision next to Kang Dae-seong (Song Jong-ho), she does not seem aware of or willing to share her role in stopping that. Are we to believe that she does not know her mission to save the world, when it was clearly stated to her by Master Soo Bo-ri (Sung Ji-ru) in the fourth episode? If she knows it, why is her past of not being a scurge such a big deal? 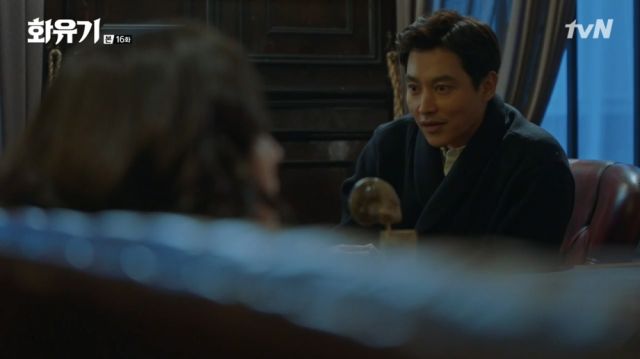 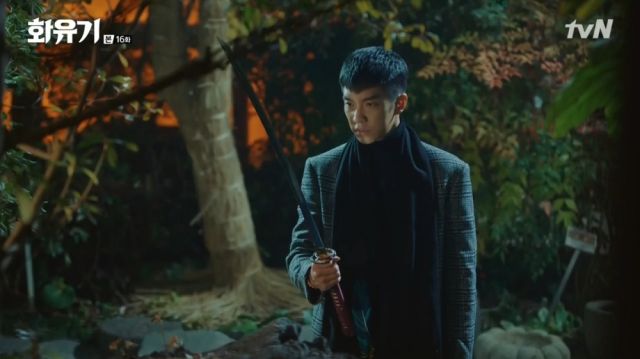 This whole excursion feels like the creators have forgotten Seon-mi's importance along with her. I would think that someone meant to save the world would no longer consider themselves useless and bringing bad luck. Even if the calling were a punishment, it made her the person who will prevent the apocalypse. Whether she became that way due to Oh-gong or at birth, it remains a punishment in the form of a calling, handed down by cruel gods.

One good thing about the episode is that we get a better idea of how things are supposed to go down regarding the Saryeong's deadly announcement. The problem remains that, as long as Oh-gong is wearing his shackles, we have no idea if he is being noble, or simply herded to his demise like a good little puppet. The Geumganggo was a bad idea to begin with, but "A Korean Odyssey" has plenty of those to keep it company by now.