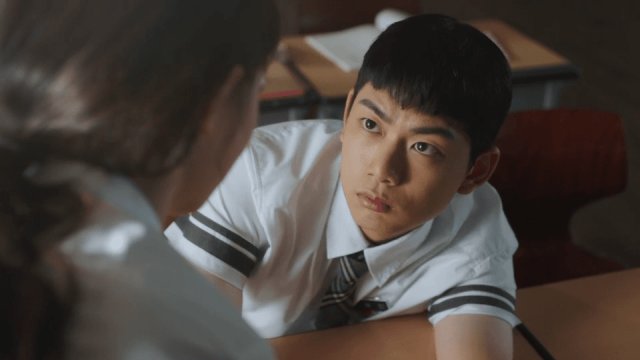 And indeed, despite the goofy impressions Jae-min has of masturbatory abstention giving people literal superpowers, "Adult Trainee" makes it fairly clear that Jae-min's personal efforts are what's empowering him. He works out. He focuses on his art. Most importantly, he actually becomes friends with Ye-kyeong, who encourages the better parts of his personality. By letting go of his obsessions, Jae-min is able to find pleasure in healthy personal interests.

The overall effect is quite sweet, and makes for a charming love story in its own right. As the title implies, Jae-min is in training to become an adult, and has learned important virtues of patience, trust, and inner focus by thinking in terms of long-term goals and the person he wants to be. Can No Nut November help you achieve that? I don't know- but as Jae-min realizes, new ideas are far more stimulative than pornography, if only because they require serious thought and reflection.