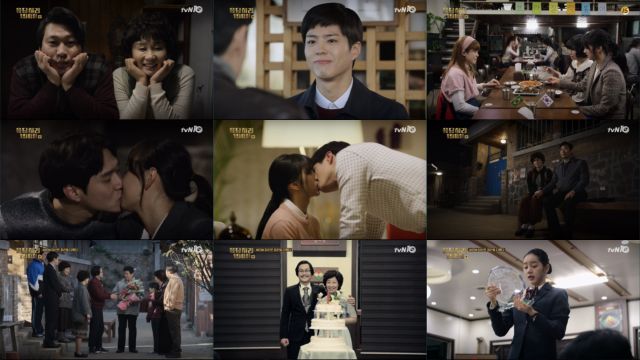 The wrap-up for "Answer Me 1988" begins, as we close here with a sort of pre-epilogue. Nothing is fully resolved quite yet, and indeed, as the cliffhanger reminds us, most of the adult characters really aren't even aware of what's going on romance-wise. That's because the major setpiece is a love letter to the parents of "Answer Me 1988"- the ones who did their best for their kids, and each other, and who will always have a loving community in thanks for that.

The sentiment is sweet, and probably necessary given that the final episode is going to have to be a romantic sendoff. Even so, the timing caught me a bit off-guard. The middle portion of this episode ends up giving some very essential context to the relationship between Taek and Deok-seon and I, like Deok-seon, completely failed to recognize the lie until it was already spoken. What happens after that is...well...

Taek has gone through a lot of character development off-screen. While I almost want to criticize "Answer Me 1988" for being so sudden about this, with Deok-seon, that's exactly what happens. Bit by bit Taek has changed very slowly as a person, becoming slightly more assertive, and she just never noticed because the process was such a gradual one. That is, until fate presents an opportunity so strong that the implications can't be ignored.

I feel like last episode's denouement with Jeong-hwan is now even stronger in retrospect with Taek's own character arc brought up as a comparison point here, powerful as it was at the time with a little help "Answer Me 1994". There's this very powerful idea here of fate, and yet it only has strength because we believe in it. Like with Taek's career as a professional Go player. Taek may have winning streaks and he may have losing streaks, but only because the power of community has given him the strength to push forward and be all he can be whatever the setbacks.

Also there are jokes. In this case the best joke comes completely out of nowhere. At first I thought Taek's demure reaction to Seon-woo's latest character arc was just another reflection of how his character has changed over time but no, it turns out Taek had a much better reason to act unusually stiff in front of his emotional blended brother. While the big dinner is nice and all, it's times like that where you appreciate that your true family are the ones you can get mad at, and still know the relationship will be fine tomorrow. 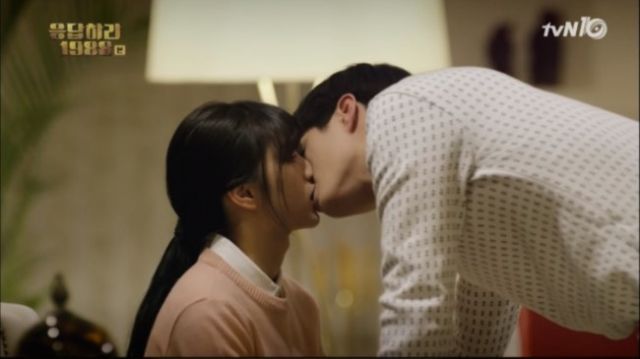