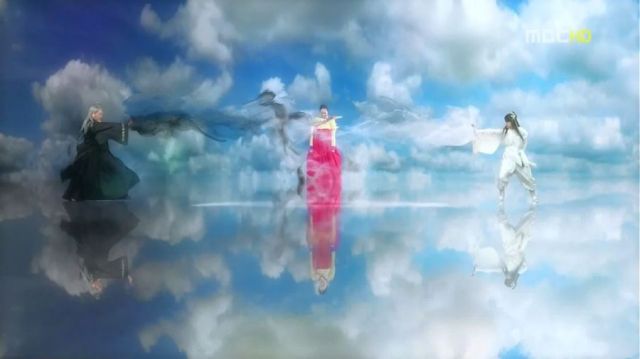 If there is one thing in common between Shin Min-ah and Lee Joon-gi as actors, it is their bold choices in genre for their dramas. Shin Min-ah's 'My Girlfriend is a Gumiho' as well as "Devil" were both unique in their own ways and Lee Joon-gi's seeming preference for the action and suspense genre in dramas brought us this year's "Two Weeks", but also works such as 'Hero - Drama' and "Time Between Dog and Wolf - Drama". 'Arang and the Magistrate', which is directed by Kim Sang-ho-I ("Fantastic Couple", 'HON - Soul') and written by Jeong Yoon-jeong ('Monstar', 'Drama Special - Terminal'), is therefore successful in its casting of actors who know how to work slightly different concepts for television.

'Arang and the Magistrate' brings the titular characters together quite early. Arang (Shin Min-ah) is a ghost who cannot remember who she was and why or how she died. Determined to find out and not move on before it, she keeps running away from Moo-yeong (Han Jung-soo), the Grim Reaper assigned to bring her to the otherworld. Eun-oh (Lee Joon-gi) and his servant, Dol-soi (Kwon Oh-jung), are heading for Miryang, the city where Eun-oh's mother was last seen before she disappeared. When Arang and Moo-yeong go past him in the forest during their chase, we learn that Eun-oh can see souls. When Arang and he meet again, she discovers his ability and asks for his help. After he is unwillingly made a governor of Miryang by the superstitious officials out to stop a local curse, Eun-oh discovers Arang is carrying a hairpin identical to his mother's, which was unique. They agree to help each other, solving the mystery of Arang's life and death and perhaps finding Eun-oh's mother in the process. 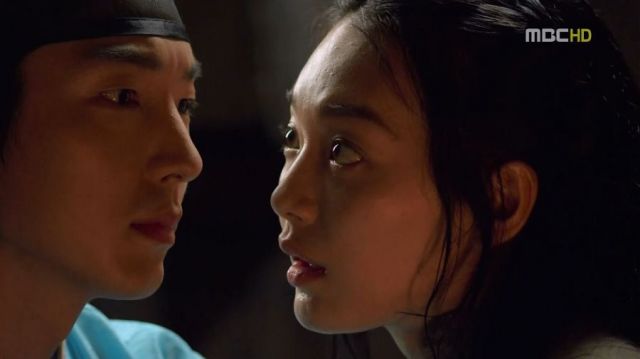 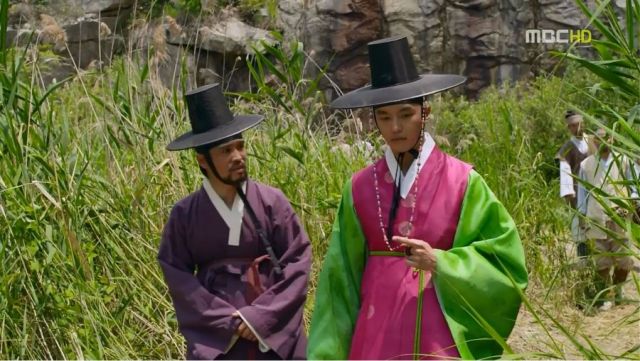 Genre combining in dramas does not always work, but it is safe to call 'Arang and the Magistrate' a fusion supernatural mystery sageuk. There is romance, of course and comedy too, but the main plot and overall way in which things play out and are directed is definitely heavy on the mystery. While a lot of dramas use the fantasy element as more of a twist on the same tropes and to spice up their romances, this series is wearing its genre proudly. The mythology and world of 'Arang and the Magistrate' are rich, detailed, interesting, amusing and mystifying. Despite it being an imaginary world of ghosts, Gods and monsters, it feels more alive and rich than even the real world feels in most dramas, because those elements are woven into the story, rather than being used and tossed aside when their gimmick value ends.

The characters in the world are all interesting and connected to the main plot, but also have their own stories and own goals. While the main couple have good chemistry in their comedic and heavier parts, the way their characters are written and the way in which they rely on, trust and help each other makes them an almost buddy-duo, but with romance. As already mentioned, Shin Min-ah and Lee Joon-gi do a good job with their characters, who are as modern in character as the fusion sageuk setting allows, without them feeling outside their time. Arang is feisty and determined, but she is also feminine and has her moments of weakness as well. Eun-oh is carrying some heavy burdens and starts off as quite a selfish person, but slowly becomes a hero worthy of admiration for Arang and the people. 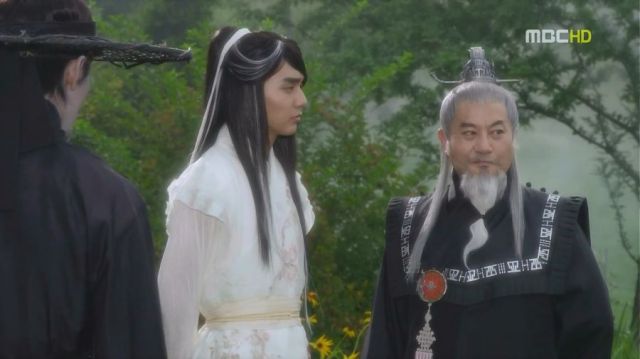 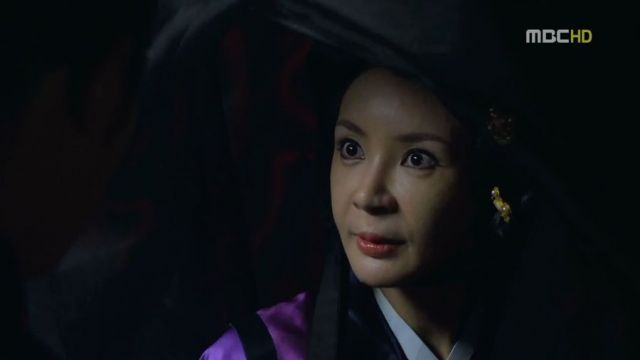 If there is something to criticize here, this being a Korean drama inevitably bringing some tropes of it with it, would be the caricature nature of some of the villains and the fact that the acting can sometimes be a bit too loud from some characters. The comedy trio of the magistrate's office are also not quite as funny as they try to present them and given that they originally tried to kill the male lead and generally acted as an obstacle, it is very hard to find them the likable comic reliefs they turn into later in the story.

When it comes to presentation, 'Arang and the Magistrate' really shines. The action, choreography, costume design and even most of the CGI are top quality by drama standards. The score is beautiful and the music covers all tones needed for the different types of scenes, along with bringing some modern genres and adding to the fusion element, but in a way that does not become distracting or harm immersion. A few instrumental pieces really stand out and elevate that quality even further. The series looks, flows and sounds extremely good.

'Arang and the Magistrate' might not be the perfect series for those who like more conventional romance or melodrama, but it is a rare glimpse into how the fantasy element could be more fully explored and used well as a central plot, rather than just frosting on said conventional romances. The plot does not feel confused or hastily put together, everything has its place in the world and series of events and every character has a development that makes sense given their circumstances. Its good fusion of genres, good use of fantasy, coherent plot and interesting world and characters make 'Arang and the Magistrate' a solid recommendation.

"[HanCinema's Drama Review] "Arang and the Magistrate""
by HanCinema is licensed under a Creative Commons Attribution-Share Alike 3.0 Unported License.