[HanCinema's Drama Review] "At The End Of The World" 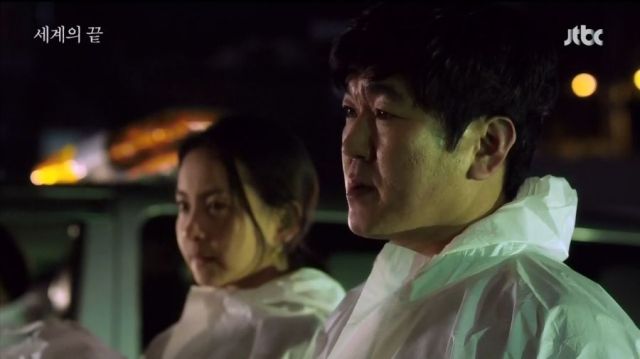 Virus epidemics are far from becoming a genre in Korean cinema. Given the lack of variety in genre found in Korean drama, they are even more of a rarity in television. However, 2013 brought us not one, but two series with that same premise. OCN's "The Virus" went for the channel's usual sleek and investigation-oriented approach. "At The End Of The World" is a production aired on jTBC, written by Park Hye-ryeon-I and directed by Ahn Pan-seok ('White Tower', 'A Wife's Credentials'). Having produced some high quality series such as 'Padam Padam... The Sound of His and Her Heartbeats' and 'Heartless City', it is clear the channel is going for a cinematic, detailed and polished approach for dramas.

The premise of "At The End Of The World" is nothing new for the genre itself. It all starts with a host and the authorities that need to find that person. After a fishing boat sinks under mysterious circumstances, the only survivor, found floating mid-ocean on a liferaft, is brought to shore. Soon enough, people start contracting a deadly super-virus from him; one that has a 100% mortality rate. Enter the CDC (Center for Disease Control) and an investigative team lead by Kang Joo-heon (Yoon Je-moon), a sharp and focused man. Along with his team, including the rookie Lee Na-hyeon (Jang Kyung-ah), they start a race against time, to stop the virus from spreading, but also, find the antibodies the carrier has within him. 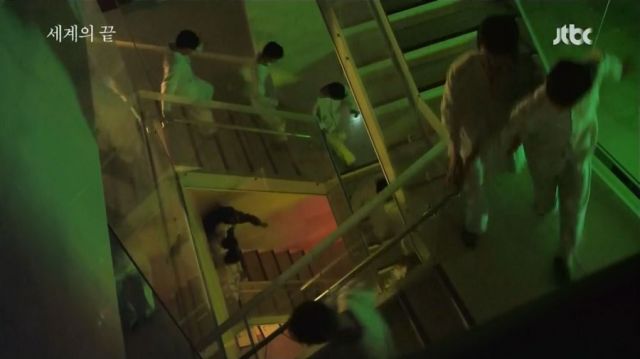 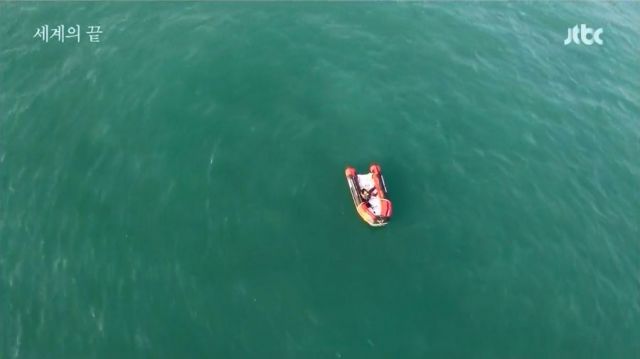 Right off the bat, one can tell this is not a Korean drama as we know them. The series is already different due to premise and genre, but the feel of it is also closer to a film than a drama. The plot is written with that suspense and the setting in mind and it lacks that melodramatic intensity we are usually met with. This means that some viewers will find it tedious, as it does not, to start with, attempt to stir emotions, but rather interest and the thought-process. Like a calm before the storm, the mystery around the origins of the virus is what takes up the first few episodes and it can feel slow until things start going very badly.

While there are occasional plot holes and some of the character turns feel a bit abrupt, it is nonetheless much higher quality and balanced writing than we often get in Korean drama. Given that the series was cut to half its length due to bad ratings, leaving the team with a very small timeframe for wrapping up, it is surprising the final act did not feel like too big a mess, which goes to show the people behind "At The End Of The World" are capable and talented. The series managed to close its run with enough coherence and dignity, giving a well rounded story despite being cut short by the network.

The characters of "At The End Of The World" are also very different to what we are used to. They are professional, focused on their work, smart and balanced in their personalities. There are no stereotypes here. Even the male lead, who could have ended up a grumpy prickly man, is actually shown as a bit of a tease and fun man, even if he does mean business when it comes to work and does have his own problems and worries. There is a bit of romance in the series as well, but it's more of a natural occurrence and presented as only a part of the events, not the focus or payoff. This makes it quite cute and fresh, because it is not bound by the baggage that comes along with romances in Korean drama. 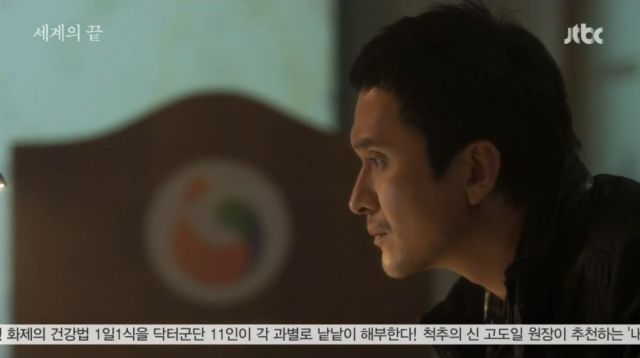 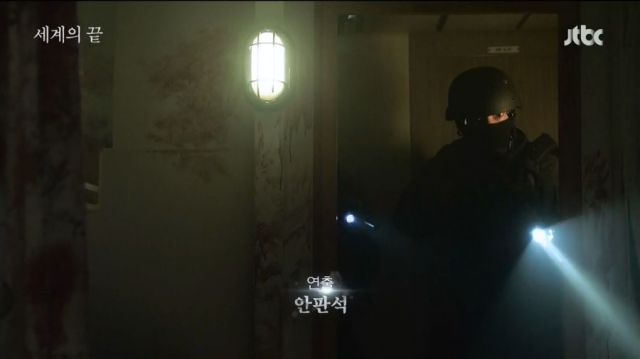 The cast is very impressive and the performances very captivating and convincing, with most of the weight on Yoon Je-moon , Yoon Bok-in and Jang Hyun-sung's shoulders, which they carry beautifully. Credit must also go to Kim Chang-wan for his role as the series' antagonist, who manages to bring a feeling of dread throughout his seemingly easy-going demeanor and some absolutely bone-chilling scenes in the final act.

Being a jTBC work, the production quality of the series is also very high, featuring interesting shots, impressive spaces and even some pretty nicely used CGI, along with an impressive score and sharply, but realistically dressed characters. It is a pleasant change for dramas, even if the ratings not making up for that quality was likely the reason it was halved.

"At The End Of The World" is a hard sell to the average drama viewer, but it is also a very well done and different series which proves Korean drama can be more like Korean film in terms of overall quality and using genres which the medium usually shies away from. It will feel slow to some, engaging to others, but definitely impresses with its scale and tone. Hopefully, jTBC will give its next series of the kind more chances and audiences will also warm up to the idea of dramas breaking their mold and evolving to cater to more types of needs and tastes.

"[HanCinema's Drama Review] "At The End Of The World""
by HanCinema is licensed under a Creative Commons Attribution-Share Alike 3.0 Unported License.