Following the format shift seen in this year's "Reset", OCN has brought us another serial drama, meaning one focusing on a main plot, rather than offering one case per episode. Much like the "Special Affairs Team TEN" series, "Bad Guys" lacks a supernatural gimmick. What this gives us is 11 episodes of pure action, a lot of character development and an intricate main plot. With all of these elements combined for optimal story richness, the only question left is whether that combination worked.

Suspended violent crimes detective Oh Goo-tak is brought back in by his superior. He is given a special team which will operate on the fringes of the law to more effectively catch deadly criminals. Goo-tak chooses three unlikely team mates. Park Woong-cheol (Ma Dong-seok) is a gangster, Jeong Tae-soo (Jo Dong-hyuk) a hitman and Lee Jeong-moon (Park Hae-jin) a psychopath and serial killer. The three men are taken out of jail and under inspector Yoo Mi-yeong's (Kang Ye-won) supervision begin their work and face their past and present connections. 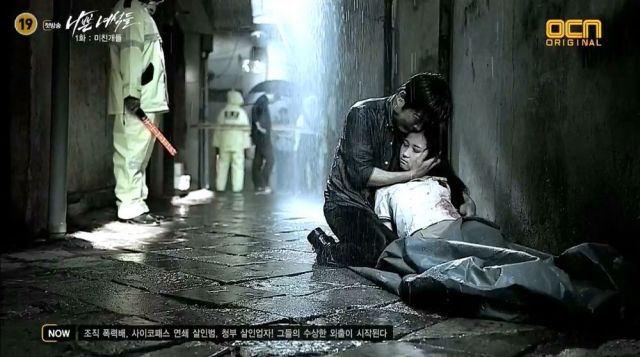 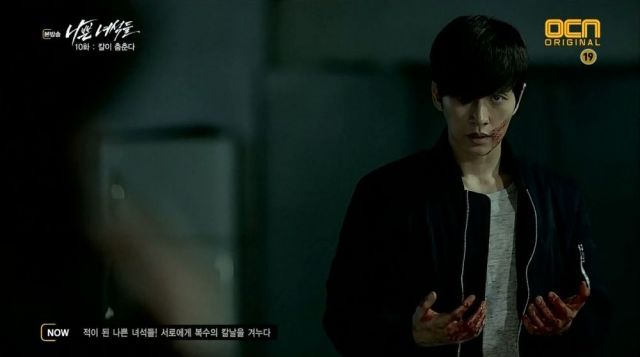 There are two aspects dramas with a crime and action element usually focus on. Either they go for cool, stylish presentation and little substance or go off the opposite deep end and into melodrama, casting the action element aside. Balancing the two is not always successful. "Bad Guys", however, does it very nicely. The characters and their stories, how they change, the mystery surrounding them and their connection and the often shaken balance between good and evil in them make the show incredibly thrilling to watch. They also give it some depth usually missing from more action-oriented works.

The series has good acting, great fighting and production quality, quite good music and really looks like a step up from the channel's usual offerings. As lovely as those are, though, it is the solid plot and well constructed character relationships and development that make it shine. The constant doubt over their morality, the captivating mystery tying them and the amazing chemistry between the characters and actors really engage a viewer and keep them at the edge of their seat, but also invested in the fate of everyone involved. While plot holes and messy final acts are the norm for Korean dramas, "Bad Guys" also manages to be mostly coherent and not really put one off with glaring mistakes and flaws in its writing.

No work is perfect and this one obviously has its issues too. Although it is a very machismo-powered series, it is nonetheless a shame it did not use female characters better. In fact, most of the women who appear in the show are cameos for victims, with very few having a bigger role. Even its main female character is a nagging wife archetype and gets way less detailed a development than the men do. This is not a big issue, however, and the series does feature a great female villain in one of the episodes and eventually gives the spotlight to its leading lady, even if for a little while. 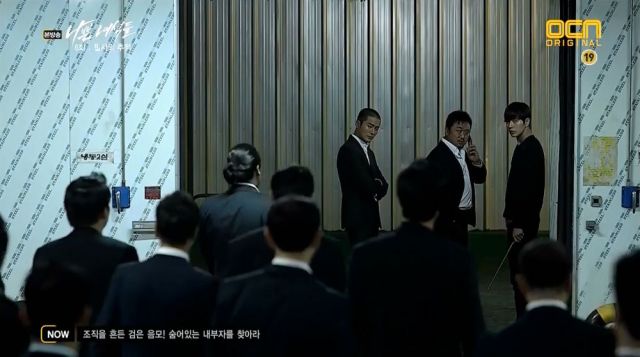 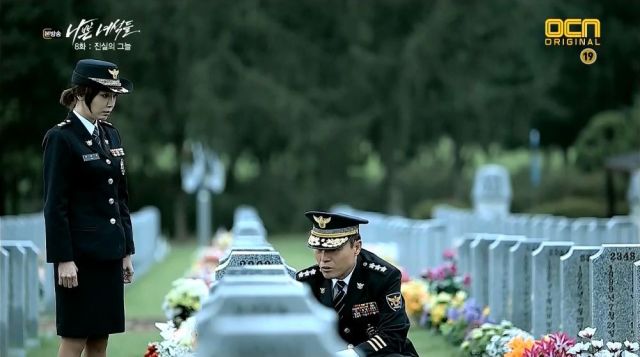 Aside from this shortcoming, the series also has its slightly corny and/or convenient moments. The special unit formed operates outside of the law, so them not following proper procedure is nothing which goes against its logic. However, there are some mostly scene-specific and plot-related decisions which feel kind of illogical and mostly serve as ways to make the things that need to happen do so. This is something found in most works and action is often more liberal with it. Compared to most other dramas, however, it is hardly a big problem here and therefore while present, much less pronounced than usual.

"Bad Guys" is perhaps the first time OCN has created a serial format show with a solid main plot since its 2006 horror mini-series "Coma". By focusing on its characters and the skilled actors cast for them and by keeping the story free of unnecessary developments and padding, it most certainly succeeds in combining all its elements into becoming one of the best shows the channel has offered to date and a series well worth one's time.