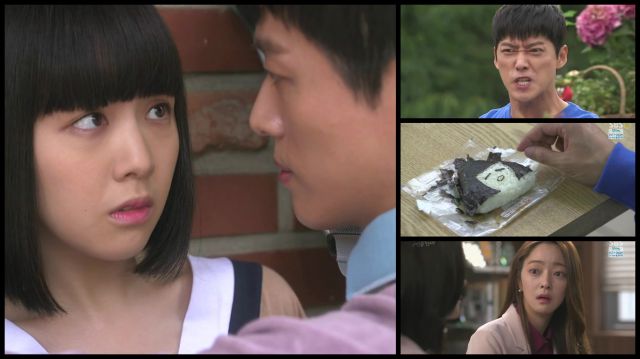 Episode 5 of "Beautiful Gong Shim" was all about Dan-tae and his massive crush on Gong Shim. A crush is nothing new, but his awkward, childlike crush and the uniqueness of Dan-tae as a person is what makes his endearingly sweet and great drama material. It counterbalances the usual dose of chaebol backstories, family strife, and evil unnis.

Speaking of evil unnis, Gong Mi gets a little taste of karma as she is framed and forced to resign. Her company blackballs her from other good employment as well. This makes me wonder is she'll turn extra nasty against Gong Shim, or if she'll perhaps join leagues with Dan-tae, "Legal Avenger of the Weak and Oppressed", and sing a new tune. I hope for the latter, but we'll probably get the former, especially since she was friend-zoned by Joon-soo. 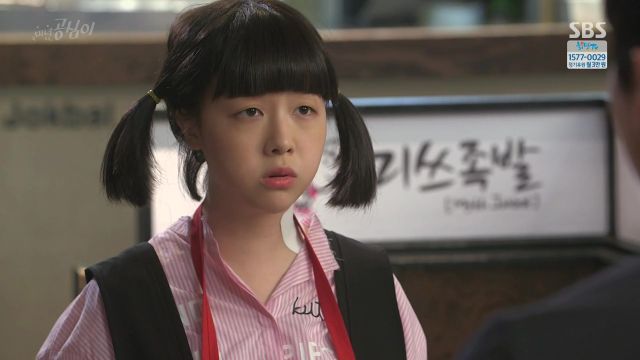 As for family drama, Gong Shim's mother and Joon-soo's mother are highschool classmates and current enemies. This episode found them trading barbed compliments. I hate these sorts of coincidences, especially when combined with other family drama, namely grandma's nastiness towards Joon-soo and her insistence in finding Joon-pyo (who we know to be Dan-tae.) Grandma has roped Dan-tae into helping her find her grandson, which will also shed light on his past. This is good for him. But I despise her treatment of her other grandson. If Dan-tae continues to be his fabulous self, he will help grandma soften towards Joon-soo. It may be a while in coming. I'm guessing episode 8 or 10 will see some sort of discovery, whether it's Dan-tae's memory returning to him, or a confirmation that Joon-soo's mom was involved in his kidnapping attempt.

Turning to the highlight of the episode, Dan-tae's feelings for Gong Shim, his relationship with Gong Shim is seriously precious. He finds her adorable as she is, cranky temper, wig, and awkwardness. Like a child he follows her around, pokes fun at her, and always wants her attention. He's so in love, but he has no idea how to deal with those emotions in an adult-like manner. (Not that many of us do, mind you!) When she rejects him, he's genuinely hurt, and I hope he learns over time a few better ways to express the feelings that have remained so stunted for so long. But a relationship with Gong Shim would help him do that. Just sayin'. 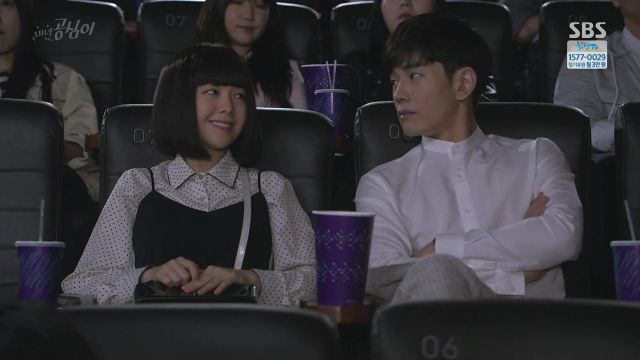 Outwardly it seems like she's rejecting him, but when he incessantly calls, she doesn't turn her phone off or ignore him. When he asks her to eat, she never turns him down. She gets him real food on her date with Joon-soo. She worries over his broken arm. She is fond of him and that is what makes this pairing work. He genuinely gets on her nerves, but she genuinely sees him as more than his goofy antics.

This show is so refreshing. I hope the drama and angst that comes with finding a kidnapped child and turning a man into a chaebol won't reboot the current tone of the drama into melodrama and buckets of tears. Honestly, I could Dan-tae derp his way around the neighborhood as he moons over Gong Shim forever. Please show, keep the core of what you've given us and don't ' Jekyll and Hyde' me. (Drama pun, intended.)