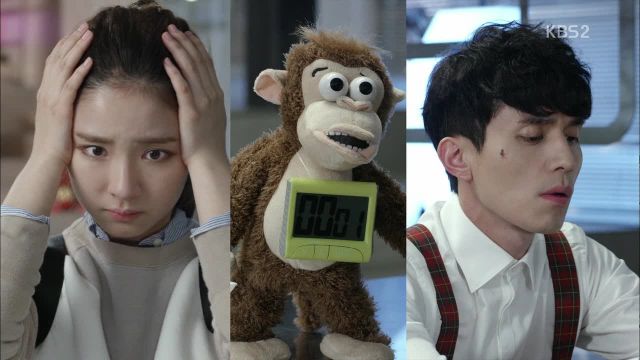 "Blade Man" is a show that takes the normal set-up elements of K-drama and morphs them into something new. The unexpected child is not just a silent motivator, but a full-fledged character who inspires plot movement. The female lead isn't just an airhead with no power. She has intelligence and drive. The male lead is both completely unlikeable and entirely pitiable. On top of these are the beautiful camera styling by the director.

I find "Blade Man" a delightful surprise because its promotional material made it seem like "just another" K-drama with nothing innovational. Instead, it is fun and heartwarming with roles tailor made for the actors. The mythical element deepens the plot and transforms conventions into something new. For example, Secretary Go is more than just comedic relief. He has taken on the role of Hong-bin's guardian because Hong-bin has isolated himself from his family and is suffering blackouts. Only Go is aware of them and makes every effort to protect his eccentric and violent employer. The director makes good use of Han Jung-soo's experience with stunts to develop the story and provide some laughs.

The mythical element is inextricably linked to Hong-bin's anger issues that stem from him shattered family relations. It grounds the mysticism into a real and relatable subject matter. The broken relationship between Hong-bin and his father extends to his younger brother as well. Gaining a son, Chang, brings an element of family back into Hong-bin's life that will be the pathway to reconnecting with the family he distanced himself from. It will also bring him closer to Se-dong who already intrigues him as much as she intrigues me.

Se-dong is a methodical woman who is a natural caregiver. She doesn't blindly give to the point of harming herself, though, which makes her a rarity amongst K-drama heroines. Her way of handling the irrational Hong-bin by being earnest and truthful is just what he needs rather than people who tiptoe around him.

Regarding direction, Director Yoon really knows how to guide a viewer through an episode with camera storytelling. A few moments are over done, but they are nevertheless effective. The background music is equally effective with the children's choir and the Yann Tiersen-like keyboard accompaniments. It both compliments the dark humor and enhances the beautiful moments between characters, like those between Se-dong and Chang.

The upcoming week should start moving forward in the story as the basics have been imparted and the characters have been well-formed. I'm also curious about the the metal blades that have been literally shrouded in shadow until now.