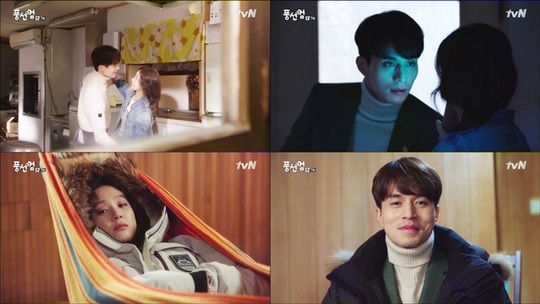 Now that "She Was Pretty" has ended its run, "Bubble Gum" appears to be trying to take the mantle of cute romantic drama with as little story progression as possible. It takes quite some time for us to finally get to some sort of conflict regarding the Haeng-ah / Ri-hwan relationship, and when we do that plot point ends up being implied incest. Which does make sense, considering how long Haeng-ah and Ri-hwan have been living like brother and sister.

Unfortunately none of this is terribly new or interesting, so I find myself paying more and more attention to the third stringers. Ji-hoon and Tae-hee represent the chronic drunk and the woman who is finally sick of putting up with the chronic drunk. There's not really that much there of substance which is why these two don't have that much screentime. Even so I do appreciate that this is a plot arc with, well, an actual arc. 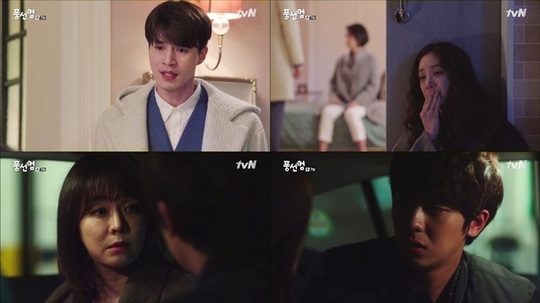 Elsewhere, though, taste is more of a subjective thing. I like Se-yeong and Joon-soo, for example, less because their story is exciting and more because I'm a sucker for noona romances. I do have to admit that "Bubble Gum" is very good at being cute when it wants to be cute, and the humor this episode is perfectly on point. I'm mainly just annoyed because there's very little to discuss about adorable cuteness except that it's adorably cute, and I was relieved when "She Was Pretty" ended mainly because it didn't have any more interesting discussion points.

"Bubble Gum" too dips into repetition a bit, as I-seul goes over the exact same problems again. Everyone in her life is terrible, and Ri-hwan's platitudes don't really help I-seul's self-esteem problems in any way. I-seul's a very sad character, although so far I'm still not really sure what the drama is planning to do with her. This far in and I'm still not at all sure where "Bubble Gum" is going or what kind of story writer Lee Mi-na-I is trying to tell.

The worst of it is that I feel like I'm being kind of mean. I remember enjoying "Bubble Gum" well enough while I was actually watching it, but every plot point I look at for the sake of analysis I'm just a little flummoxed by the fact that there's very little in the way of new information. At best all we can really do is speculate on character backstory. That works to a point, but a drama needs more than that to be genuinely engaging.