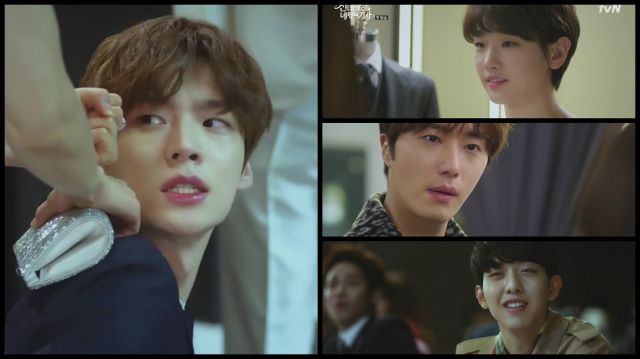 Pre-produced, manhwa-based "Cinderella and the Four Knights" is everything one would expect out of a fairytale inspired drama. It's a mix of the classic Cinderella, a bit of hardworking Candy, and a whole lot of typical drama tropes with chaebol grandfather's, monster inheritances, some fine acting, and some mediocre acting.

I come at this drama not having read the source material, the manhwa by Baek Myo begun in 2011. HanCinema readers, if you have, please chime in and let me know what you think! Director Kwon Hyeok-chan ("A Gentleman's Dignity", "Secret Garden") is no stranger to working with the fantastical and that can be seen in the soft filters used to make the every day heroine Eun Ha-won (played by the magnificent Park So-dam) seem like more than a downtrodden young woman who works too hard for too little. The opening plot material is nothing more than plot and character set up. Ha-won is the hardworking Cinderella and is assigned several well-known Cinderella story markers like new shoes, new clothes, step-mother and step-sister, and a lot of hardship. The three chaebol cousins, Kang Ji-woon (Jung Il-woo), Kang Hyun-min (Ahn Jae-hyun), and Kang Seo-woo (Lee Jung-shin) who flesh out three male stereotypes: ladies' man, ruffian, and idol respectively. It is Jung Il-woo who stands out amongst the three, bringing Ji-woon to life as more than a rough-around-the edges young man. Park So-dam is equally as wonderful as the "Cinderella" figure. Mixed in with these main characters is a conniving new wife of CEO Grandfather, Ha-won's terrible family, Lee Yoon-seong (Choi Min-I) who is the CEO's right hand man, and second lead Park Hye-ji (Son Na-eun). 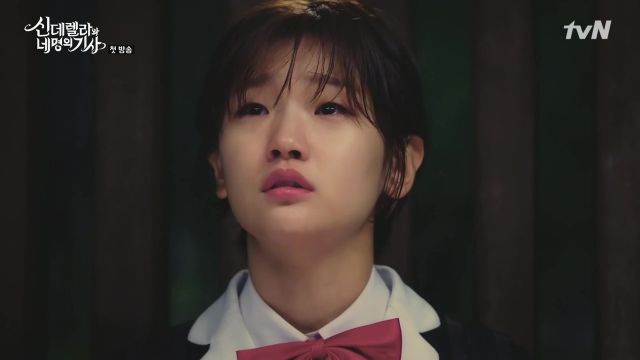 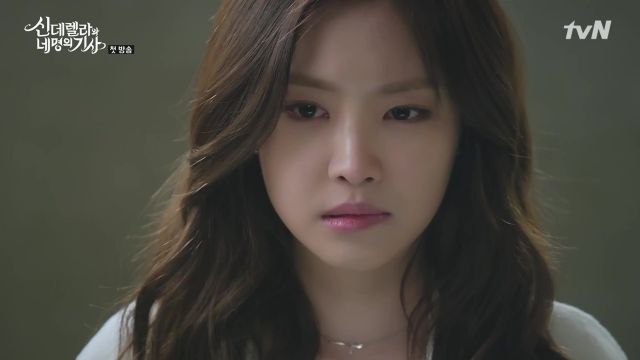 Thus far, this isn't anything we haven't seen before. Fancy weddings, pretty shoes, lovely dresses, broken hearts, mean step-parents, and people thirsting for riches all dot the landscape of "Cinderella and the Four Knights". I do appreciate that the heroine isn't just a pure Candy-like character. She has a temper and gets frustrated with her lot in life. She is a challenge for the three spoiled chaebol grandsons, which is the main intrigue of the drama. In a way this drama reminds me a little of 2009 Japanese dorama "Atashinchi no Danshi" where a woman with nowhere to go is brought into a mansion to whip the seven sons into shape. A bit of the dorama flavor evades "Cinderella and the Four Knights" as well with the very opulent stylings in Sky House, the chaebol cousins home, the busy background music, and the overly characterized cousins.

The lack of consistency is Ji-woon's character mirrors his confusion. He, much like Ha-won, moved from rags-to-riches, and he doesn't know how to deal with it. His temperament is hot and he is quick to judge. Ha-won is a good counter for him because she doesn't let his fiery temper best her. It's a nice counter to the typical Korean male and his expectation for quick female submission. Hyun-min is completely full of himself. Ahn Jae-hyun had a bit of trouble portraying the deeper moments of doubt and uncertainty, which I'm hoping will ameliorate itself as the drama continues. We haven't seen very much of Seo-woo who is a musician and seems to observe the battles in his family with mild amusement. 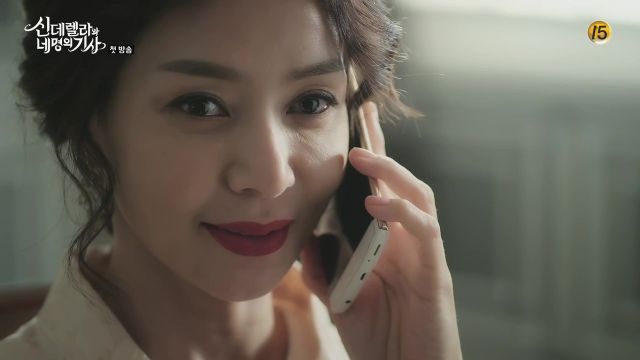 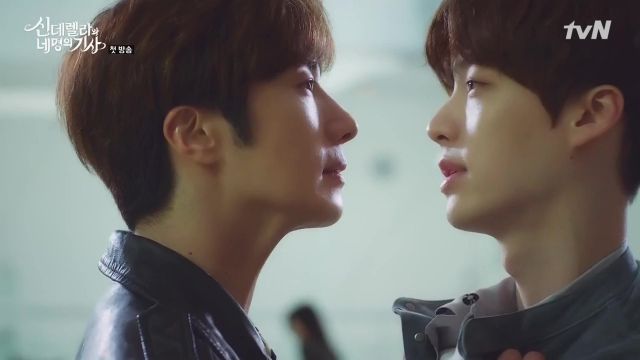 Pre-production isn't yet obvious - filming began January 31, 2016 and concluded May 31, 2016. First episodes are usually higher on the dollar-value (or, in this case, won-value) and this episode was no exception with the fancy locations, expensive clothing, and slew of expensive cars. We'll see how it progresses throughout the drama's run. In any case, the episode was entertaining, but nothing mind blowing.