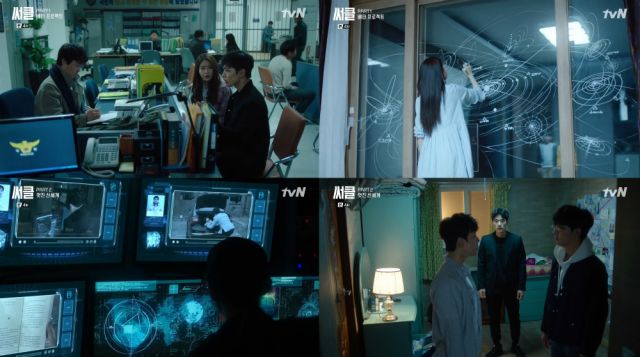 Episode four of "Circle" packs quite a punch and brings about twists upon twists and delectable fake-outs. In 2017, Bluebird makes their appearance and the mystery of the blue bug and the alien become clearer. In 2037, the dreaded, but not surprising truth about Joon-hyeok's identity is revealed, new familiar faces from 2017 become visible and Ho-soo receives an offer from the care chip overlords.

While I love being right as much as the next person, being wrong is even more enjoyable. Throughout episode three and for most of the BETA Project segment in this one I assumed that Professor Han (Song Young-kyu) is Jeong-yeon's (Gong Seung-yeon) father and that the alien is a clone. Mention of her illness in episode four only made that assumption stronger. This is why returning to the possibility of our alien being an actual extraterrestrial after all is so very satisfying. 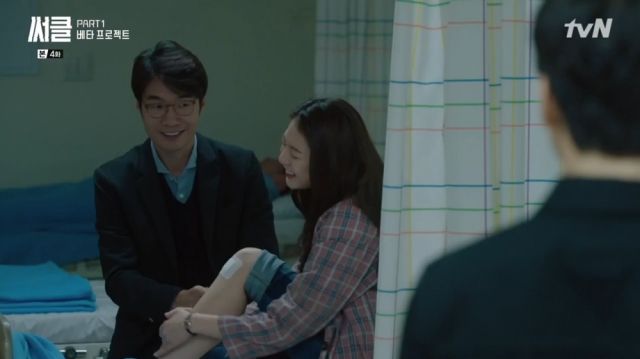 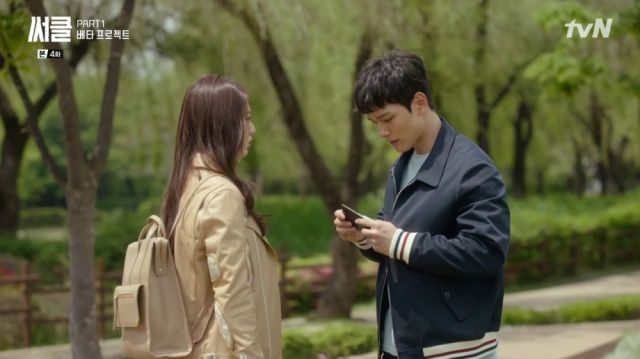 The twists provide good challenge. As for details, my current assumption is that our maybe-alien sparked scientific research, but did not necessarily or always condone it. Why Jeong-yeon lost her memory and whether her humanity is a product of nurture are still unknown, but science fiction loves to tackle unique moral dilemmas and contemplate the darker side of humanity. Having an alien used by humans against their own moral objections would make for great drama.

Coupled with the second big twist in this episode, it makes for a great premise as well. Alien visits Earth, learns humanity from a child and later helps its brother undo the evil created. Which brings us to Joon-hyeok's (Kim Kang-woo) identity. While I have expected this revelation since episode one due to some telltale signs, the emotional impact of Beom-gyoon's realization and regret is great. To have a work in Korean drama that is not only true sci-fi, but also intellectually and emotionally captivating is wonderful. 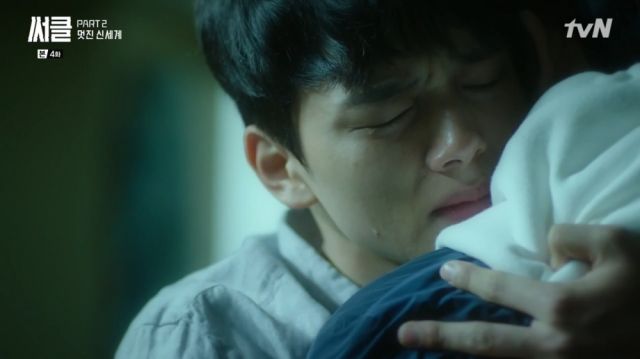 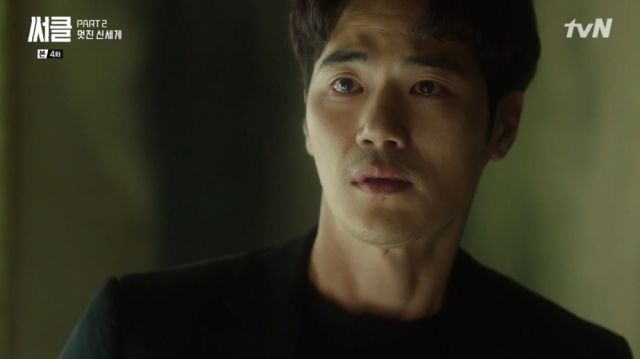 With Jeong-yeon as Bluebird in 2037, the plot thickens and her potential crush on Woo-jin (Yeo Jin-goo) becomes awkward. Is Bluebird Human B gone rogue? Is the Chairman professor Han and where is Woo-jin, if still alive? Also, does Lee Hyeon-seok (Min Sung-wook), who I am guessing is an older senior Lee (Shin Joo-hwan) still stuck to his professors have his memories or are all of the Chairman's pawns also subjects of his new world order?

There is a lot going on, but being one third into the series means that there is plenty of time to sort it all out. I still wonder about Ho-soo's (Lee Gi-kwang) function here, as he is too young to be an amnesiac Woo-jin. Perhaps being a double spy between the two sides will bring about the poetic justice of the establishment being brought down with the help of its damaged poster boy.