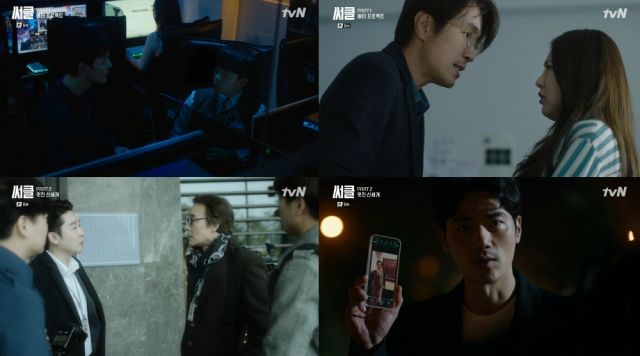 It is time to meet our much teased Human B Chairman in episode eight of "Circle" and their identity is one I did not expect. In 2017, Woo-jin is being blackmailed with Beom-gyoon's life and sets out to find his father's data. In 2037, a formidable foe steps into the light and closes in on Jeong-yeon.

There is a lot I was prepared for in this series, but Park Dong-geon (Han Sang-jin) as the Chairman was not included. It makes perfect sense now, as engaging his enemy is the only way for him to get to Jeong-yeon (Gong Seung-yeon). Yet his 2037 introduction sold him as a sore loser wanting to take over Human B so well that the possibility of him already having it did not cross my mind. The writing and the actor's spot-on, slimy portrayal masked his true villainy and I love that. 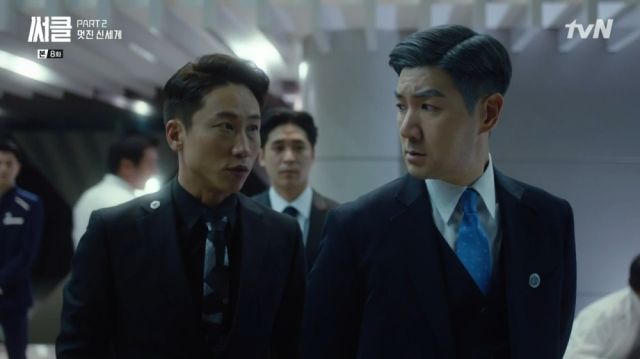 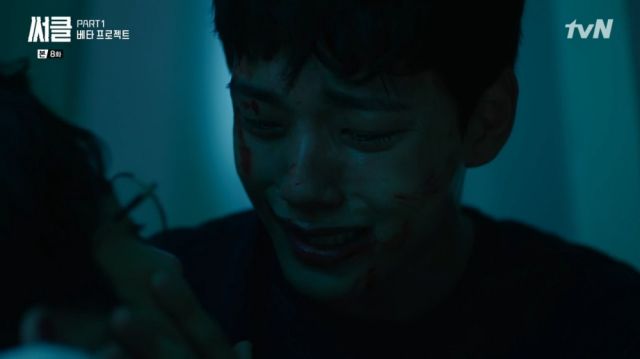 So is Woo-jin (Yeo Jin-goo) still around then and would Park really know? We assumed that he recognized Joon-hyeok (Kim Kang-woo) as Beom-gyoon (An Woo-yeon) since we had seen no one tell him, but his identity means that this was information he already had on our dear detective. This means that Woo-jin could very well be around without being recognized by anyone. At the same time, perhaps they are easing us into the revelation of a grim fate for the heroic younger brother.

Woo-jin's entire existence as a character has been about refusing to run away again and securing his brother's future. Even in this episode, we see that he is willing to bleed himself and others to achieve that. If we look at it this way, his life's or at least his fictional existence's purpose will be achieved if Beom-gyoon can finally make things right and have closure. Woo-jin's death would not change this in a future where he is already not around. Beom-gyoon can finish his work for him. 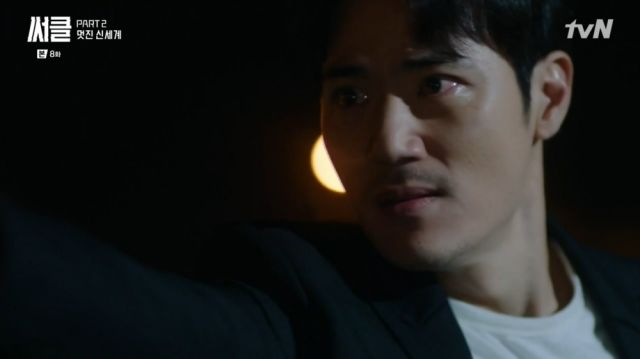 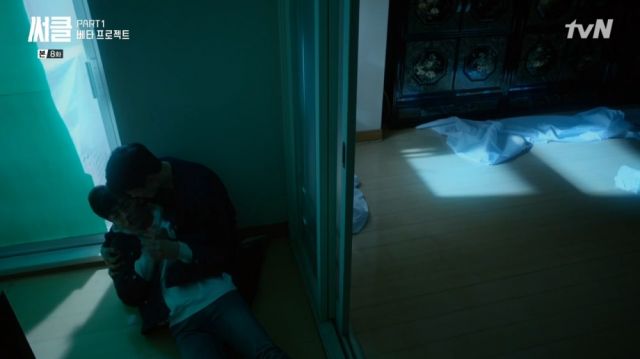 As for the questions regarding Jeong-yeon's technology and memories, no one has considered the fact that she could have erased them herself. She can manipulate them after all. It is Kim Gyoo-cheol (Kim Joong-ki-I) and Park Dong-geon I am more curious about. Why did the former think he needed to commit atrocities for his children? Was it just a pathetic excuse or is there a more concrete reason? Why does Dong-geon support the memory loss?

We know why Han Yong-woo (Song Young-kyu) did. The man looked unstable in 2017 and he had an ideology to go with his madness. Dong-geon is only a mustache-twirling villain without facial hair for now and I sincerely hope that there is more to it than just greed. I know Dramaland loves the evil elite, but "Circle" has been good with challenging moral concepts so far. Give me answers, series.