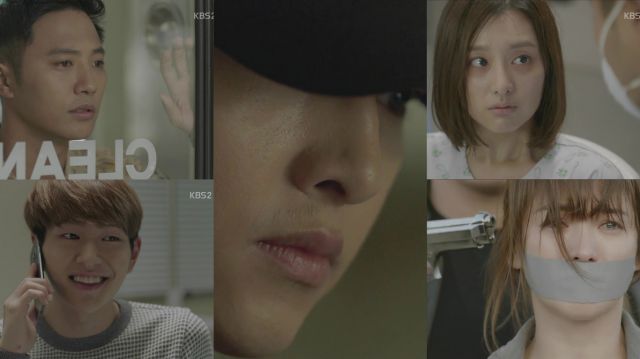 "Descendants of the Sun" tries to pack in a lot of action by having our heroes face weapons trafficking, plagues, gun standoffs, earthquakes, kidnapping, and politics. No matter what happens, this show seems destined to best itself - and it did. It came 0.3% higher than the last episode at 31.9%. More than anything, however, it was the acting in this episode by our leads that made it worthy of that rating.

Jin Goo proved his mettle as his expressed Dae-yeong's worry for Myeong-joo with previously unparalleled intensity. It was his version of the Song Joong-ki intensity that made the "Nice Guy" and "A Werewolf Boy" star so famous. The man truly deserves his many CF offers and his place in the sun along with the rest of the "Descendants of the Sun" cast. Not to mention that Song Joong-ki brings back the stare that made him a chilling Ma-ru in "Nice Guy". 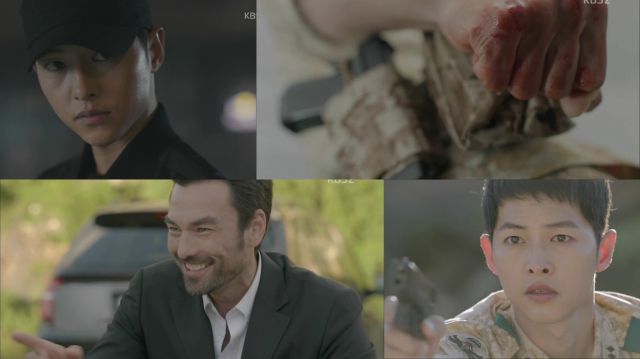 The secondary couple found in Doctor Song and Nurse Ha is completely winsome in their grudging affection and respect for each other. They may be my favorite couple because seriously, they are just so cute. Also, Chi-hoon's moral dilemma came to a poignant catharsis as he finally learned to put his patient above himself, and deliver a sound medical call and execute it. He earned the respect of the patient he wronged and began to respect himself. I do wish he would consider his wife and child more, but a man who can't respect himself won't be a functional husband or father.

In general, I liked this episode more than the past few. Yes, a lot of things tend to happen in this drama, but this episode balanced plausible occurrences in a third world country. Deviants try to gain control via nefarious means (i.e. Argus), illness spreads like wildfire, medicines are hard to come by, and it's difficult for those sent to help to be away from home. Of course a lot of what happens is a bit out there, but in Korean drama, some leeway must be given, especially when Jin Goo goes berserk and beats up a bunch of bad guys. That's just cool. 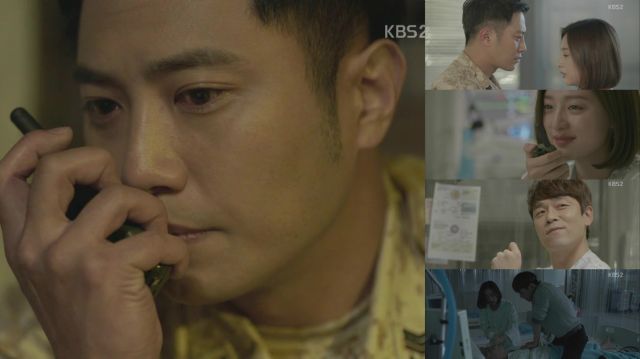 A few random likes and pet peeves of mine. I love the cello version of Gummy's song. Why didn't Fatima scream when she was shot? A piece of tape isn't going to hide a scream of pain. Argus is no longer truly scary because David Lee McInnis delivers lines like The Joker and his plans don't seem very well thought out. He just blazes in with his illegal arms and expects everything to go his way.

HanCinema viewers, what did you think about the events of this episode compared to those of the previous episodes? How did you like all the different romantic lines? Did the Song Joong-ki stare and Jin Goo tears get to you like they got to me? Let me know in the comments below! 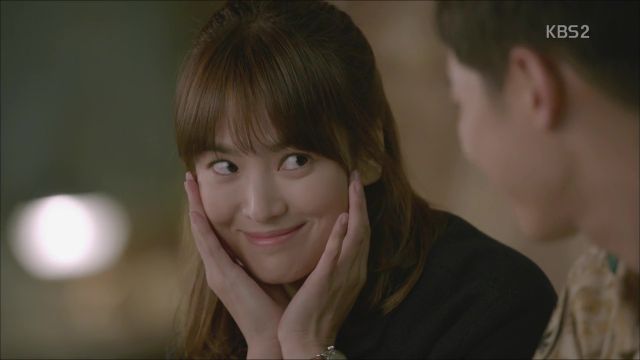 "[HanCinema's Drama Review] "Descendants of the Sun" Episode 11"
by HanCinema is licensed under a Creative Commons Attribution-Share Alike 3.0 Unported License.