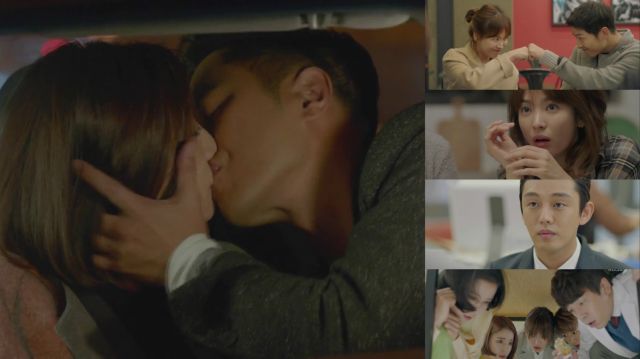 Our crew of loveable characters has landed back in Korea and served us up another ratings hike. Episode 13 earned at 33.5% on the Nielsen Korea chart and the sheer number of adorable couple moments and character beats support it. Yoo Ah-in's sardonic cameo also probably helped. Then there was the witty, zippy, and fun dialogue along with the more relaxed feeling that comes with a much needed homecoming.

I just have to get this out of the way, however. What is up with Writer Kim throwing strange wrenches in her character's personalities? Dae-yeong acted completely unlike himself when he broke up with Myeong-joo. It was, to be blunt, an ill-planned fit meant to garner ratings and incite unnecessary tension between the couple. There was a fight to be had over Myeong-joo's father's involvement and her way of handling it, but a break up should not have been the result of it. Not that I didn't expect some over-the-top antics to fly our way after Uruk, but I was still disappointed. 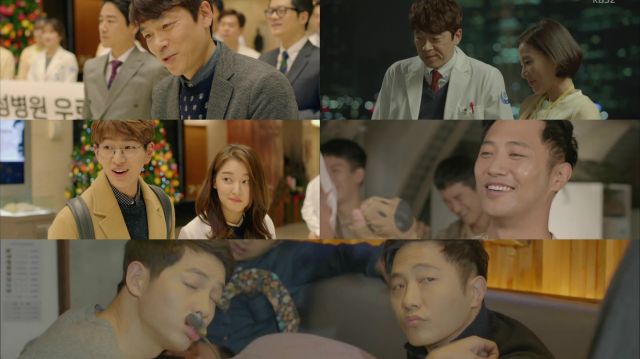 I was expecting some sort of injury for Si-jin because of his line of work, so the ending of the episode didn't surprise me. Neither will something happening to Chi-hoon's child or fiancee. I do like that they brought back the North Korean soldier with whom Si-jin has an interesting camaraderie despite being from opposite sides of the 38th parallel. I anticipate that the events that caused Si-jin's injury will not be what we expect.

Mostly this episode was about delivering some cute and adorable, the bubbly calm before the storm. Si-jin and Mo-yeon learn to work with their unusual relationship, peacemaker and healer, with unpredictable schedules, strange hours, and unknown dangers. They bantered, flirted, and met Mo-yeon's sweet mother. Mo-yeon retained her spastic freakouts that I loved so much in the earlier episodes. Dae-yeong and Myeong-joo were impossible cute, probably to counteract the ridiculous breakup. The best part of that breakup was Dae-yeong's overindulgence in comfort chocolate.

With the return to the "real world", we enter the last phase of the drama where things seem to be just as exciting in the diseased, dangerous third world country of Uruk. We can't have Si-jin and Dae-yeong be adorably drunk together forever. The plot must go on. But it sure would be nice to see a little more of that adorable bromance. What do you think? 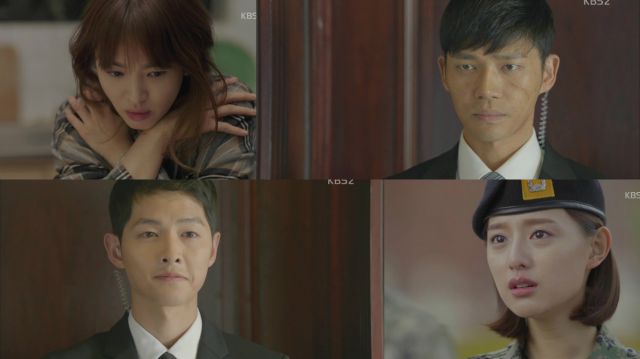 Guess what, Dr. Daniel fans? You have a chance to ask Jasper Cho who plays Dr. Daniel Spencer a question in HanCinema's exclusive interview. Click here to submit your question!

"[HanCinema's Drama Review] "Descendants of the Sun" Episode 13"
by HanCinema is licensed under a Creative Commons Attribution-Share Alike 3.0 Unported License.