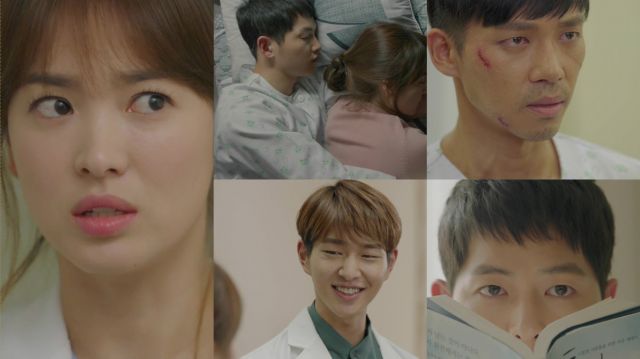 The strongest part of the episode was the relationships, namely the friendships. There is the forbidden friendship between Si-Jin and Ahn Jung-joon (Ji Seung-hyun). The layful, but devoted, friendship of comrades Dae-yeong and Si-jin. There is the friendship turned love between Doctor Song and Nurse Ha. Mo-yeon's friendship with the doctor in the wheelchair. The romances are afterthoughts save for Si-jin's and Mo-yeon's. This episode explores true friendship and love: accepting people for everything they are. Between Si-jin and Jung-joon, it was respecting each other as soldiers and their mutual allegiance to their respective countries. 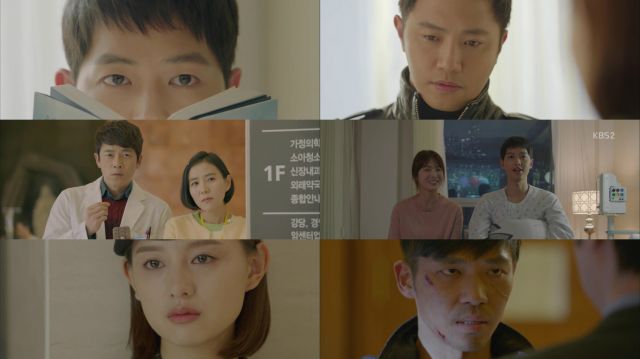 Their friendship also alludes to the bigger issue of the divided Koreas and how there is an extremely close history between them. A shared language. A once shared land. Torn families. Si-jin and Jung-joon respect that and each other. It was not intended, but the current political landscape between North Korea, China, and the world makes this episode especially poignant. Just as the military aspect of this drama rings true for so many Koreans, the inclusion of North Korean tensions will as well.

Let's now turn to what made absolutely no sense whatsoever. Si-jin was shot. Even if he had a bullet-proof vest on, he still suffered his heart stopping, loss of blood, and probably a concussion. Yet somehow he sits up, walks around, goes on missions, and he doesn't show any fatigue, pain, or the inability to move parts of his body to to injury. I don't blame Song Joong-ki, but the director. What was that, Director Lee? Some of the politicking was shady as well. I suppose it is to be expected of dramas. Many fields are misrepresented. So let's leave that and get to the funny stuff.

Si-jin and Dae-yeong have such a delightful friendship in that they mock each other, support each other, laugh at each other. Dae-yeong does it all with a straight face. It's fabulous stuff. I also loved that the usual fight between women, the pulling of hair, was turned into a symptom of Chi-hoon's fiancee's contractions. Such a lovely use and subversion of a K-drama trope.

Mo-yeon and Si-jin get to test out their new relatinship parameters: she supports him in his dangerous work, and he tries not to worry her despite the fact that his truths are scary. I liked the push and pull of their relationship. It makes it so natural.

I'm curious to see where they take this in the last week. It could try to pack too much into it in terms of action, or they could focus on the relationships, which is the juicy good stuffs of "Descendants of the Sun". 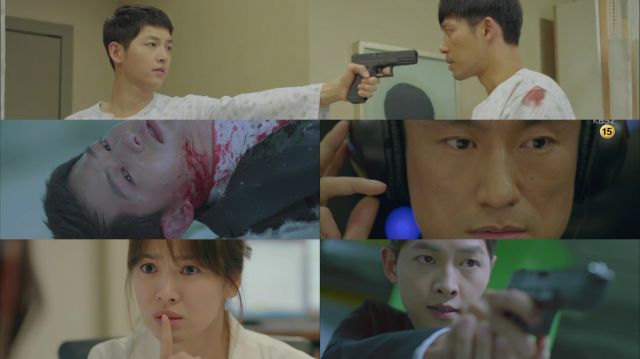 You have a chance to ask Cho Tae-kwan who plays Dr. Daniel Spencer a question in HanCinema's exclusive interview. Click here to submit your question! Hurry! The deadline is Saturday at 6pm MST!

"[HanCinema's Drama Review] "Descendants of the Sun" Episode 14"
by HanCinema is licensed under a Creative Commons Attribution-Share Alike 3.0 Unported License.