If episode one of "Descendants of the Sun" was about introductions, episode two, coming in on top at 15.5%, fleshed them out and added the rest of the teams that support Si-jin and Mo-yeon. Romance was the priority, but it didn't feel like the show was beating us over the head with it. Instead, the romance that blossomed hit very real walls that were acknowledged by two adults who hold themselves to different belief systems and lifestyles. We all know that will change. The adventure is watching them learn what we already know.

Episode two transitioned the characters over to the fictional land of Uruk where Si-jin's team is tasked with peacekeeping, and Mo-yeon's team is charged with establishing a medical center to care for the locals. This was given in the promotional material, but the sweet part lies in how they get there. On the outside all we see is two people falling for each other, suffering through the trials of their difficult careers, and hoping for respite in romance that doesn't come. We meet more of Mo-yeon's friends: Doctor Lee Chi-hoon (Onew), Doctor Song San-hyeon (Lee Seung-joon), and Nurse Ha Jae-ae (Seo Jung-yeon). The three form an easy rapport with Song Hye-gyo that makes them all feel like old friends, and the immediate connection of the characters with each other and to the viewer is important if this story is going to accomplish what it has started out to do. 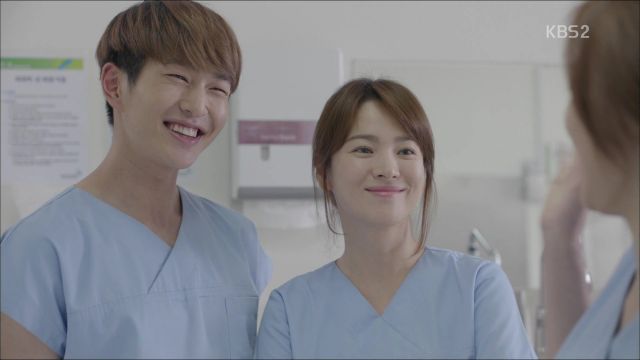 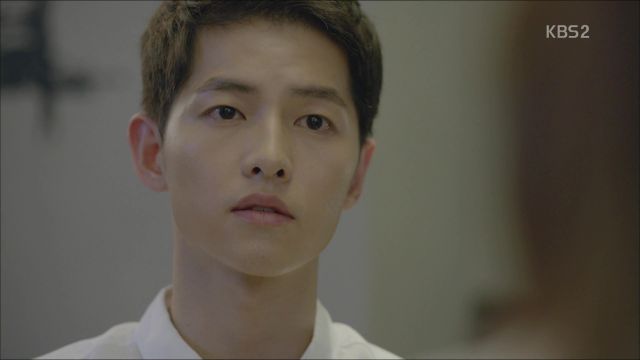 The little characterizations are what make the characters loveabe. Si-jin is a formidable leader, but he's also an immature guy who gets his friends in trouble. Mo-yeon is an outstanding surgeon, but she passes her time by looking at X-rays of Si-jin since she doesn't have pictures of him. Song Joong-ki and Song Hye-kyo are wonderfully cast. Joong-ki's ability to change emotions at the drop of a hat magnifies emotions in scenes immensely. Hye-gyo's ability to be incredibly strong and incredibly feminine does a service to women everywhere. She's unpretentious and comfortable in her skin and that gives her "no-nonsense" character extra spunk.

Dialogue in "Descendants of the Sun" is witty and fun, but without making obvious attempts to garner laughs or sighs. It is the music that is much less subtle as it was in the last episode. But the editing of the footage continues to be amazing. The transition from Mo-yeon's intense surgery to Si-jin's dangerous military operation and back, using objects and sounds in the shot as transitional material was genius. 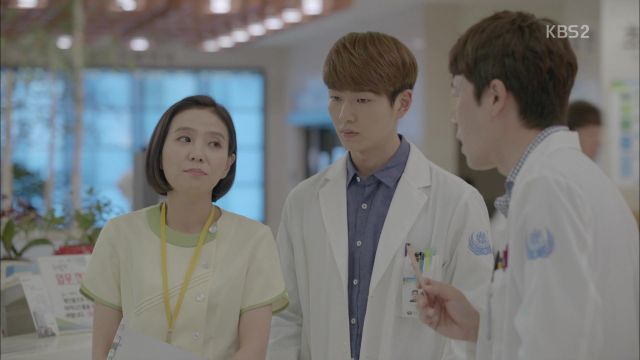 As for the romance, the honesty between Mo-yeon and Si-jin is piercing. They realize that they have fundamental differences: she saves lives with medicine. He protects them by the mechanism of war. Both have the same goal and a very different way of approaching it. Mo-yeon smartly figures out the kind of work he does and that she doesn't want that in her life. He gracefully accepts. Of course this won't stay the case for long, but perhaps that is the point of this episode. Rather than establishing characters, places, and things that happen, perhaps it was about the very thing Mo-yeon mentioned to her colleagues: Life can change in an instant. That change can lead people down paths never dreamed.

The first moment of romantic connection between Si-jin and Mo-yeon was reworked at the end of the episode, with a very significant change at the end, which ties into the idea that life can (and will) do the unexpected. Si-jin believes they are just ships passing, but the posters for the show told us that they will do no such thing.