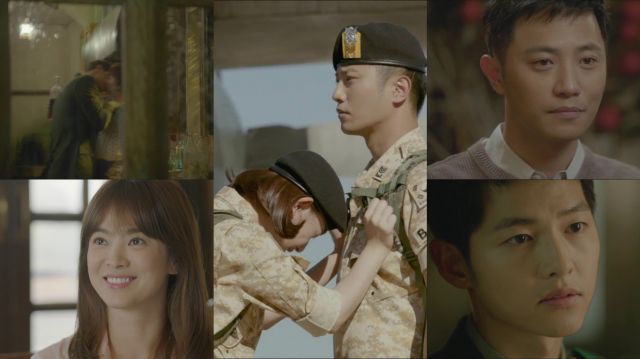 "Descendants of the Sun" shows absolutely no signs of slowing down. It is only in the second week and it is pulling in ratings of 24.1%. A mixture of the hype, the star power, the whopping budget, and the intensity of the plot and romance is the reason for its success. Writer Kim Eun-sook always likes to keep her viewers on their toes, and this drama proves to be no exception.

Kim Eun-sook is also known for characters who have drastic mood swings and changes in behavior. We really start to see that propensity fulfilled in this fourth episode. Si-jin vacillates between his jokester persona, his honorable soldier identity, and a strange mash of wounded male ego and lovelorn fool. His emotional swings and monologues are a bit heavy-handed for what has been established as his character, but it is Song Joong-ki who evens the mood swings out and makes him believable. I do believe, based on the huge quantities of articles published since the start of this show and my own two eyes, that this man is a major reason for the insanely high ratings. Not only is he handsome, but he embodies an intensity in his expressions and stance that are compelling. Even his English line delivery is convincing, which is very much appreciated since all the other non-native (and native) English speaking actors butcher their lines. 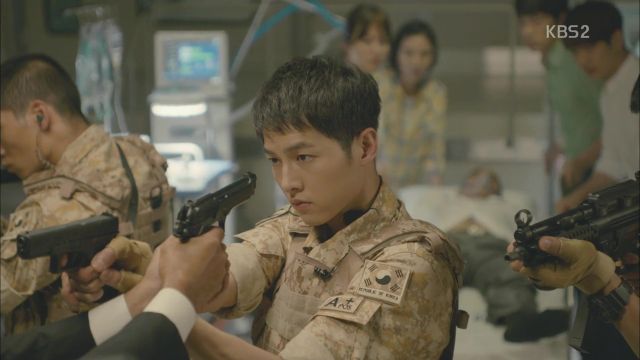 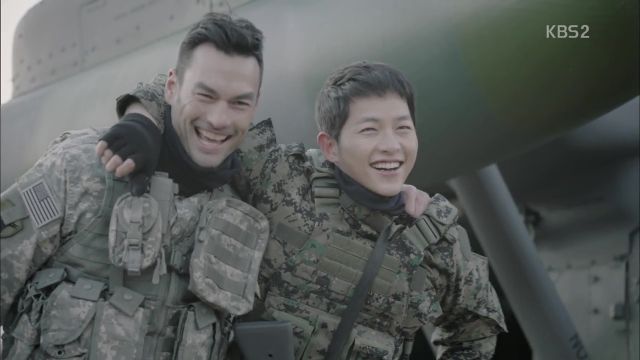 It is not only Song Joong-ki who carries this show, but his co-actor Song Hye-gyo. Her Mo-yeon is a prideful sort of woman who professes to have changed into a materialistic, money-seeking person, but who is, in reality, still a caring doctor. It is Song Hye-gyo's ability to layer expressions that makes her convincing or else Mo-yeon, too, would become a victim of Kim Eun-sook's rather erratic character development. Si-jin as a character shows more inconsistency, which I'm hoping will even out.

And then we have Dae-yeong and Myeong-joo. We get more on their back story, which is as sweet as their parting in the present is bitter. Myeong-joo is a feisty woman who is cut out to be a military woman, a tough soldier, one of the guys. She brings out the best in Dae-yeong, who is played masterfully by Jin Goo. Despite his character's poker face, he can pull emotion with the twitch of his mouth or a slickly delivered line. Kim Eun-sook did a great job with his character, making him quietly care for Myeong-joo as well as his "Little Brother" Gi-beom - the rest is Jin Goo's skill. Or how he gives Si-jin his utmost respect no matter the fact that military law pigeonholes Si-jin into a single black and white category, disobedient soldier. And that fosters the much loved K-drama bromance. 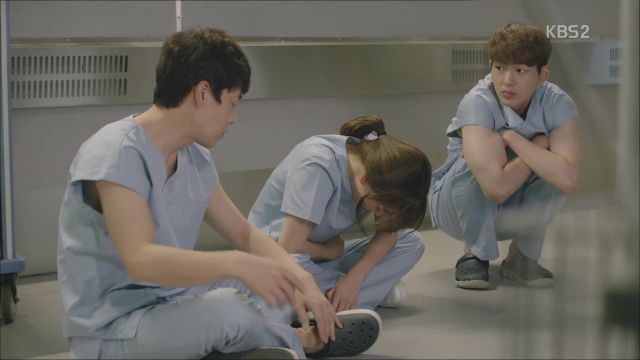 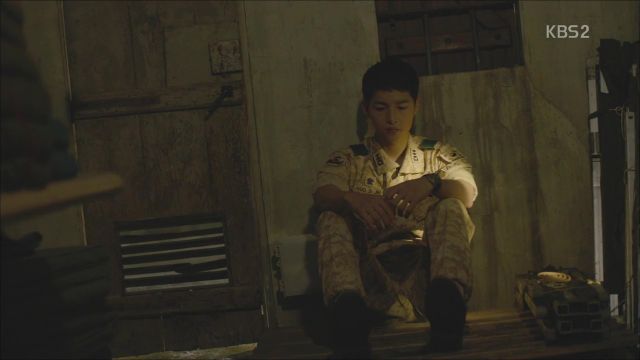 The music is still cheesy, too loud, and overplayed. The attempt to make waving linens, scarves, and semi-opaque drapings a visual theme is blatantly obvious - and yet effective. Director Lee Eung-bok goes for the obvious at times, but he makes it work. And then he has shots like the one from the helicopter, looking down at the line of saluting soldiers and awe-stricken medical professionals.

Si-jin's and Mo-yeon's relationship is one based on intense physical attraction and deep-rooted respect for each other and their professions. This episode only expanded their views of each other. She recognizes that Si-jin literally puts his life on the line for what he believes is right despite the fact that it terrifies her. He sees that Mo-yeon has not lost what she claims to no longer care for, her brilliant surgical skill, and pushes her to embrace it. They both feel the weight of each other's vocation, especially Si-jin's. All of this is great relationship material, and yet their constant bickering and making up, while entertaining, can become wearisome. Perhaps the trials ahead will force them to reckon with their faults and egos.

All the same, this show is still wickedly entertaining. Waiting another week will indeed be difficult. At least we can watch the first four episodes again.

In this episode we get a better view of Arachova. For the purposes of the series, two locations have been combined, but Zakynthos (Navagio beach location) and Arachova are actually quite far from one another, one being an island in the West and one a town in mainland Greece.

Name of the Week -

Trivia by: Orion from 'Orion's Ramblings'

"[HanCinema's Drama Review] "Descendants of the Sun" Episode 4"
by HanCinema is licensed under a Creative Commons Attribution-Share Alike 3.0 Unported License.