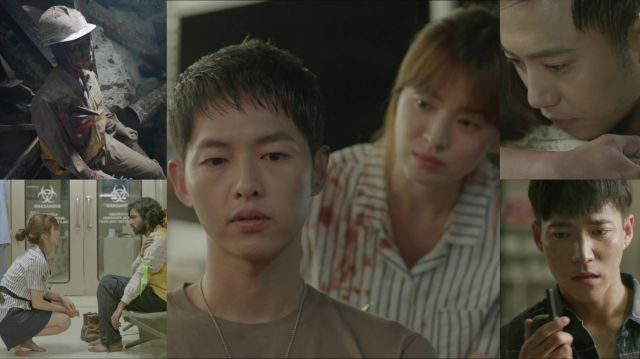 "Descendants of the Sun" rode atop romance and angsty separations for its first six episodes, but this episode saw a sudden turn. It began to look inward, to inspect the minutiae of humanity and the beauty found in the smallest of human connections. Perhaps the lack of intense romantic interaction is what kept the show from pushing into the 30s, but it came in at a hugely respectable 28.3%, just 0.2% less than last episode.

The little moments built this episode from the ground up. Even if we hadn't known the characters, we wouldn't have had to. Lee Chi-hoon connects with a patient who is, like him, a soon-to-be-parent. Language distances them, but he manages to help her and care for her anyway. Then Doctor Song comforts him as Chi-hoon's first forays into the hell and misery of natural disaster cause him to crumble inside. Myeong-joo and Dae-yeong reach a turning point as the fear of losing each other overcomes the fear of family and social pecking order. It wasn't a huge conversation. It was just a few words. A small moment - just like the rest of the episode. 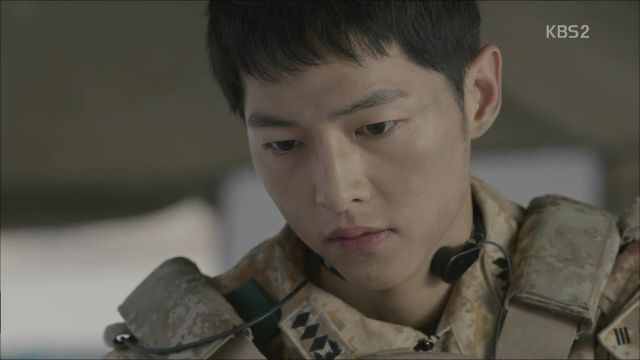 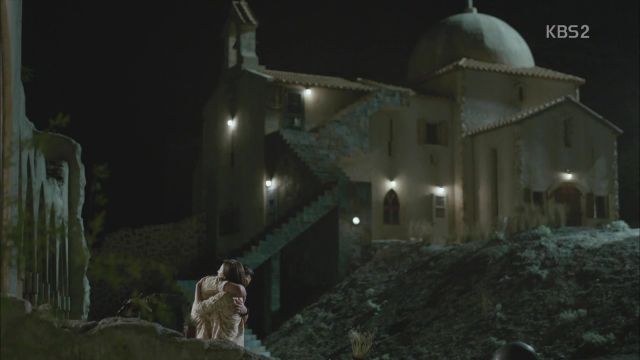 What separates this episodes from the rest of the drama is that it is about a huge event, the ugly aftermath of an earthquake, but the real movement comes in the connections made by strangers in crisis. Crisis strips people down to their souls, allowing them to connect. Or, in the case of Manager Jin (Jo Jae-yun), we see he is utterly selfish. Regarding young Gi-beom, he donates blood to an in-field surgery patient, saving the patient's life despite the fact that he feels useless. Myeong-joo puts a patient's safety over her own worry for Dae-yeong, a huge step for the simpering beauty.

Then there was the fact that the episode felt like a medical or crime drama with its problems to be solved, quick pace, and intensity. Well, a crime drama infused with humor. Like when Chi-hoon's mom orders to be connected with her son because she paid for the satellite that allows for the communication in the first place. Epic use of a chaebol mama. 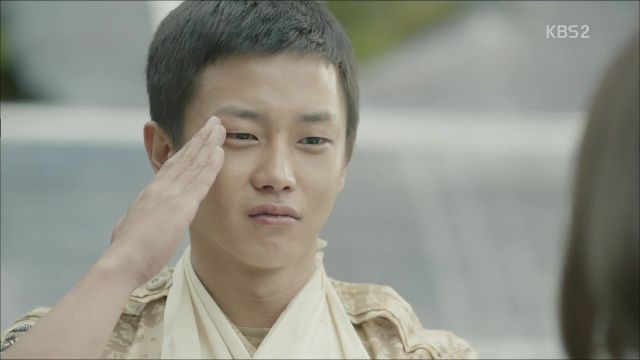 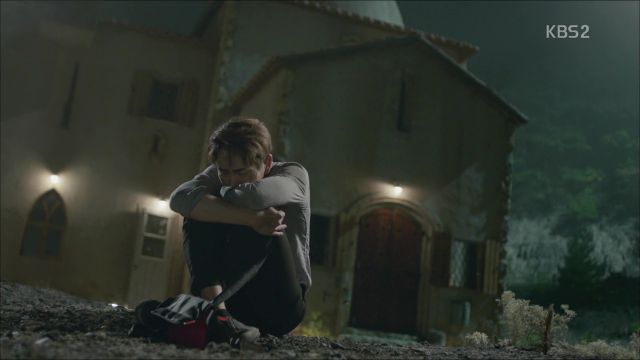 And we come around to our main couple, our OTP, Si-jin and Mo-yeon. They spend the episode working together in the most difficult of circumstances, fighting dismal odds, pain, and exhaustion. All the garbage they fought about fell by the wayside as they put others' needs before themselves. It allowed Si-jin to open up to her and be honest sans jokes, defensiveness, and hiding behind his uniform. He was plain with his words and with his emotions, the way he had been when they first fell for each other. It was a heartfelt return to their initial attraction albeit in much heavier circumstances. I'm hoping that this groundedness stays with him and Mo-yeon rather than the fighting.

Despite a few silly moments, this episode of little moments felt good to watch. It was satisfying. It gave me more than just sappy romance and big feels. It cut to the crux of what makes good drama - people. The human condition. 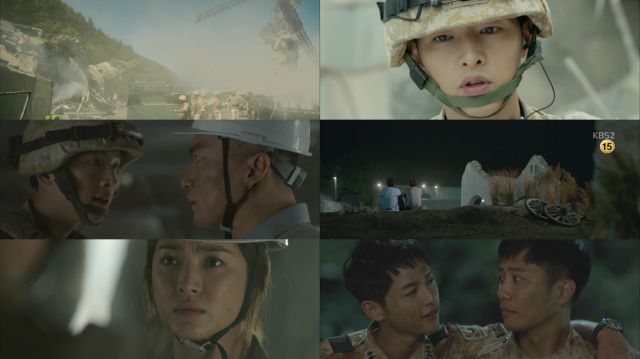 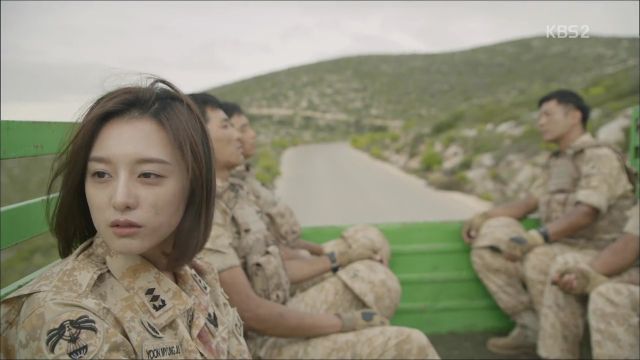 "[HanCinema's Drama Review] "Descendants of the Sun" Episode 7"
by HanCinema is licensed under a Creative Commons Attribution-Share Alike 3.0 Unported License.