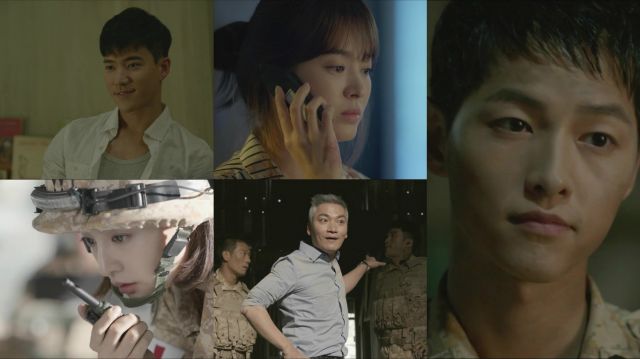 If the last episode of "Descendants of the Sun" was about the small moments, this one was about the small windows of time that allows our characters and those around them to see the world more clearly. The world is also seeing this drama quite clearly as it shot up 0.5% to 28.8%, mere percentage points away from the big three-oh.

Si-jin and Mo-yeon are developing nicely although Mo-yeon's fear of losing him to his job still tends to dominate her emotions and behavior. But the result of living and working in a disaster area means that no emotion can be left by the wayside or taken for granted. It's good for her because she'd run from Si-jin forever if she hadn't been exposed to real danger and the very real possibility of losing him. The danger helps her see through her window of fear into how she really feels. Her inadvertent confession at the end of the episode via will hopefully cut through the remaining barriers between them. 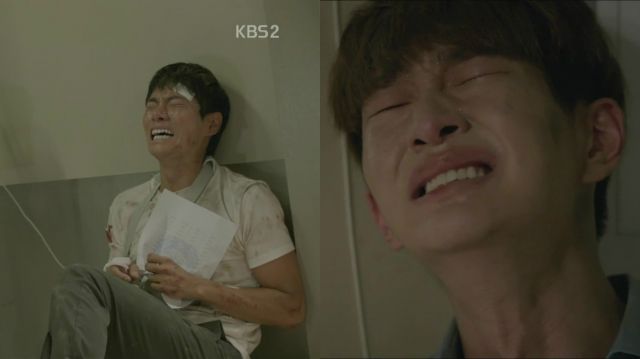 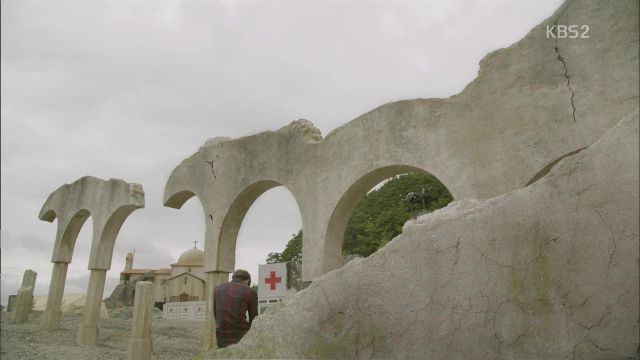 We get more of Daniel this episode because Cho Tae-kwan is getting more popular. His character still hasn't been beefed out, but I can see a chance for him to grow. I hope that happens, especially since so much of this show is dealing with emotional fallout, seeing through the remains of physical structures, emotional rags, and patchy relationships. He would fit very nicely into the deeper plot workings of the show.

Then we have Chi-hoon, the optimistic young doctor who is battered by emotional shock at every turn. He naively expects a certain outcome, but reality is far more horrifying. I love watching him (via Onew) go through the emotional and physical trauma of a disaster zone. We have our heros, Si-jin and Dae-yeong and Mo-yeon, the brave and seemingly fearless. And we have Chi-hoon who doesn't have the same constitution...yet. He's on the path to learning. It's a good character trajectory for him. He literally looks through small windows or bits of glass throughout the episode, peeking into the worlds of victims, and then into his own fearful psyche. He doesn't like what he sees. 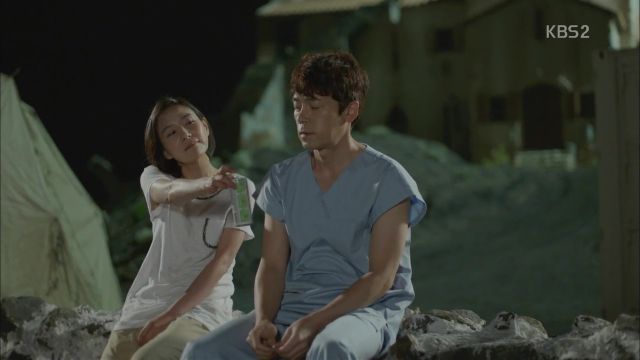 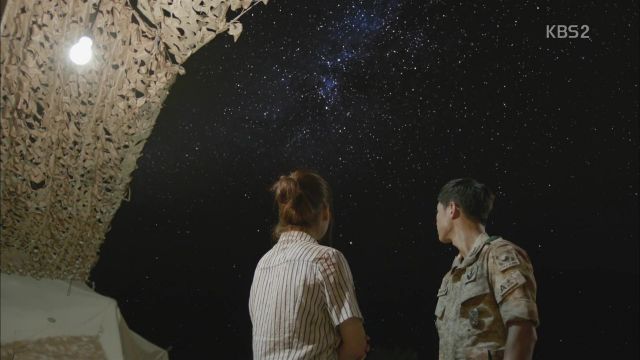 Si-jin remains partly egotistical and more brave and dedicated. It injects humor into the story, and reminds Mo-yeon that she originally loved his levity. Their moments together were much more poignant than in the first few episodes. There was honesty, and earnestness, in how they spoke to each other. We need more of that from them. Actually, all of the romantic pairings had beautiful emotional beats in this episode. I hope the couples remain as solid in their development as they have been this week.

The weakest part of the episode was the villains. Manager Jin and Argus are just blips on the drama's radar. They don't induce much fear or anxiety except for when Manager Jin is insanely rash. He seems like a plot tool more than a veritable character, which is a sad waste of Jo Jae-yun's capabilities.

My biggest worry for this show is how they're going to bring in the next big plot point. Hopefully it won't be as sporadic as the Arab leader of the first few episodes or the UN imposters. But if this week is any indication, I may not have to worry at all. The ratings aren't worried in the least.

Name of the Week - Jin Goo's name written in Greek would be Τζίν Γκού. 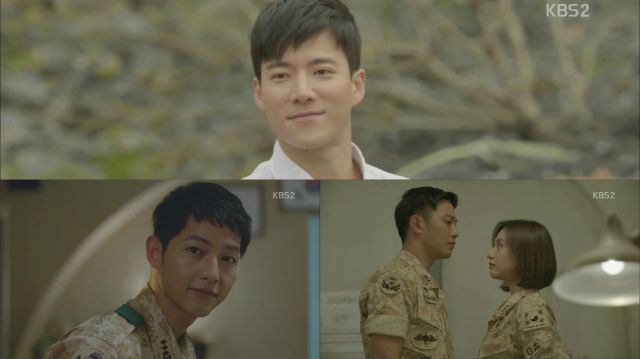 Trivium by: Orion from 'Orion's Ramblings'

"[HanCinema's Drama Review] "Descendants of the Sun" Episode 8"
by HanCinema is licensed under a Creative Commons Attribution-Share Alike 3.0 Unported License.