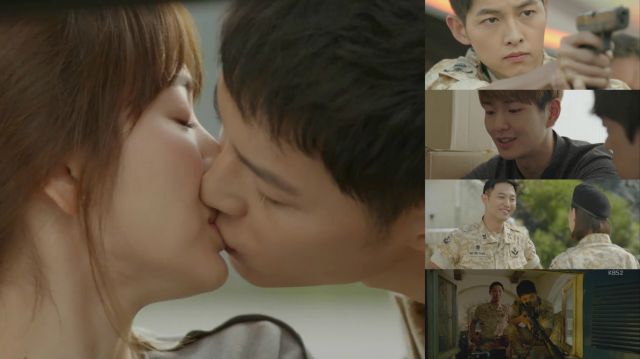 If there is one thing that can almost always bolster ratings it is a good kiss...or two! Hello 30% ratings - 30.4% to be exact. The Song-Song couple not only shared two very romantic kissing scenes (and a good roll in the hay,) but the episode was bolstered by the high-intensity romantic moments between Song-Song and Myeong-joo and Dae-yeong. There were a few small moments, those beautiful moments that showcased themselves during the thick of the earthquake, that colored this romantic episode for the better.

The chief non-romantic moment belonged to Chi-hoon, and Onew, whose immense guilt over his cowardice as a doctor weighs him down so heavily that he gives up his seat on the plane home. I was very pleasantly surprised by Onew's performance and hope that we can see significant growth in Chi-hoon throughout the drama, especially with the perceptive Doctor Song as his mentor. That growth is great for the character and also for Onew to really delve into nuanced acting. 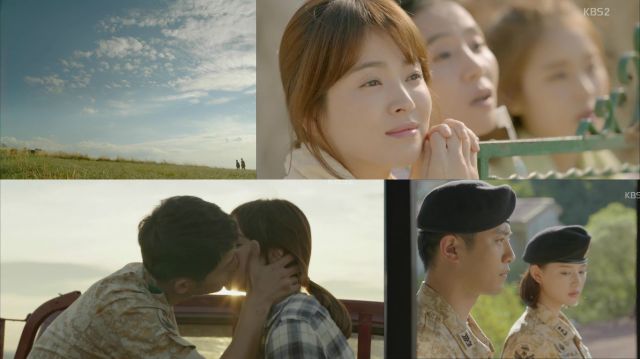 As for the romance that has gone into full bloom between Si-jin and Mo-yeon, we don't lose the bickering, but the bickering has, quite thankfully, lost it's edge. Fellow doctor Myeong-joo helps shed light on the difficult situation of loving a man who constantly runs headlong into danger. Mo-yeon is adult enough to take it into consideration and let down her defensiveness to let her feelings, and Si-jin's consideration of her, take over. It was good to see. She understands truly his persistent sense of humor, a shield against extreme difficulty, as well as enjoys it. She appreciates his job rather than fears it. For a while I was worried that she'd be a killjoy forever. But she now recycles all their once tense dialogue to now imply something much more gentle and romantic. This dialogue manipulation is something that Writer Kim has always done well.

Episode 9 does mark the midway point of the drama and a logical place to trigger the big romantic moments. It is around this time that dramas normally introduce a kiss and new conflict. We got both kissing and conflict without the typical love triangle, and a few jokes are made at the faux triangle's expense. The mysterious, belligerent Argus who has been floating around and threatening people has finally come into direct conflict with Si-jin. I say, it's about time. He's been posing an invisible threat for much too long. 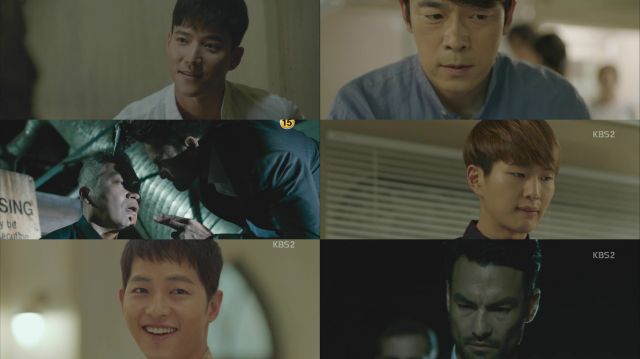 There is situation that I both loved and hated. Dae-yeong has been avoiding a relationship with Myeong-joo because of her father's opposition, but he finally decides to fight for their relationship. I appreciate that he finally reached that point. (Again, the timing is probably due to the halfway point in the show.) What I despised about his confession is her father's meddling. Why must parents always meddle and deliver ultimatums? In this case, he has to give up his military career for a chance to marry the woman he loves. It points back to the danger inherent in a soldier's life, a recurring theme in the show. Soldier's face death and become bearers of death. They are constantly juxtaposed with the medical professionals, saviors of life. The very end of the episode pays homage to that theme in a brilliant and terrifying way.

What makes this romantic episode different from the beginning episodes is that there is movement throughout. Things are happening, people are changing, and the story doesn't singularly revolve around Si-jin and Mo-yeon jonesing for each other. I quite enjoyed it, the beautiful showcasing of scenery, and the action bits thrown in here and there. Yes, some parts were quite contrived, but that is to be expected by this point. Come on, Writer Kim. Bring on the next episode and make it a good one. Anyone here for 31%? 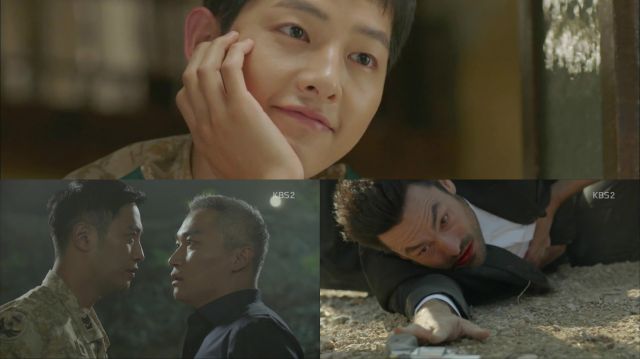