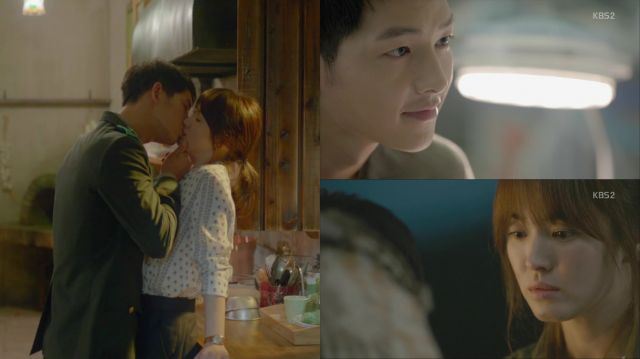 For those of you dearly missing the grand romance of "Descendants of the Sun", this special is for you. It recounts the key moments of Si-jin's and Mo-yeon's relationship from the moment they met until the moment they parted after the earthquake.

The special is nothing more than a recap, however, which is disappointing. I wanted some behind the scenes action, interviews, and other such insights. But that only comes with the third special that will air on April 22, 2016. For now, at least we can watch and relieve the romantic highs and lows with Song Joong-ki and Song Hye-kyo. Their love began with a chance meeting in the hospital over former troublemaker Gi-beom's antics; they began to date; they broke up; they met again in a foreign country where their troubles caught up with them. Their primary differences were over their passions and careers: peacemaker versus healer and the secrecy involved in Si-jin's line of work. 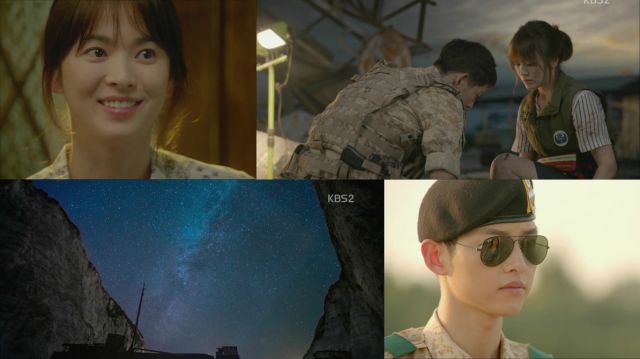 HanCinema fans, did you enjoy the recap? What was your favorite romantic moment?

"[HanCinema's Drama Review] "Descendants of the Sun" Special 1"
by HanCinema is licensed under a Creative Commons Attribution-Share Alike 3.0 Unported License.