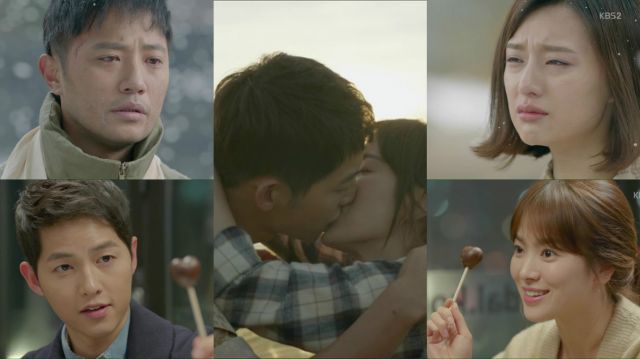 For those of you hoping for more recaps of the second OTP pairing between Myeong-joo and Dae-yeong, this second special did throw in a few of their juiciest bits. However, it mostly focused on Si-jin and Mo-yeon and on the trials that Si-jin suffered for his country and his woman.

It seems like this special really catered to the Song Joong-ki mania that has literally spread all over the world. It picked out his most poignant character beats and gave those to us along with his most romantic Kim Eun-sook lines. Dae-yeong and Myeong-joo had a teeny spotlight, which was disappointing, but not unexpected. If these recaps aren't your style, stayed tuned for tomorrow's special. It will have juicy tidbits that we have not yet seen. Until then, let's remember what we loved most about "Descendants of the Sun".

HanCinema readers, which was your favorite recap moment? 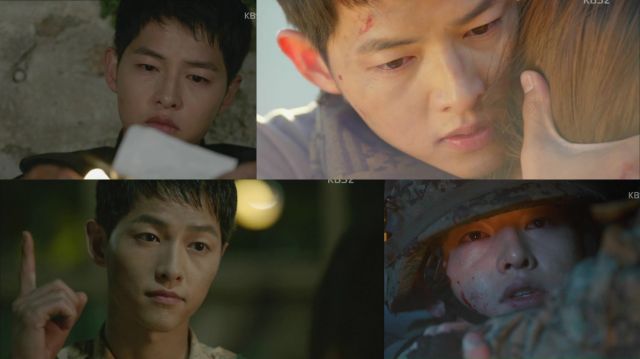 "[HanCinema's Drama Review] "Descendants of the Sun" Special 2"
by HanCinema is licensed under a Creative Commons Attribution-Share Alike 3.0 Unported License.