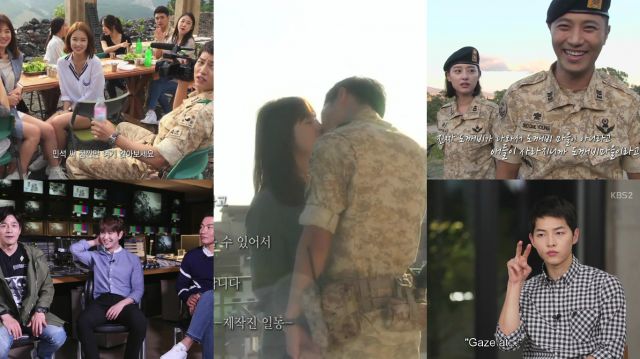 "Descendants of the Sun" aired its last special today and it was full of the goodies I wished that the first two had contained. We got interviews, behind the scenes, stories, cute moments, history, and more. It was a fun hour of insight into the insanely popular show whose ratings climaxed at 38.8%, whose Chinese views reached 3 billion, and who has had countless parodies made of its memorable scenes.

The last special was full of interviews with Song Joong-ki, Song Hye-kyo, Jin Goo, Kim Ji-won, and Directors Baek Sang-hoon and Lee Eung-bok. The actors and directors showcase their real personalities and how they transition in and out of character. We see how much Song Hye-kyo loves to laugh, how Song Joong-ki is a tad klutzy, how Jin Goo is a total jokester and how Kim Jin-won-I is quiet and demure. Song Joong-ki talks about how he approached the script and what he liked about it. And there is so much more. Check it out: 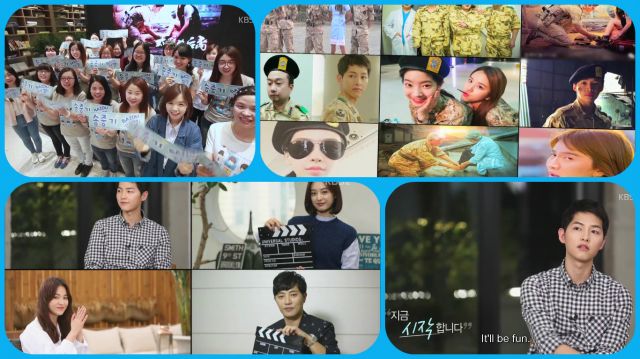 1) Song Joong-ki and Jin Goo played rock, paper, scissors in order to determine which girl group gets mentioned on screen.

2) Song Joong-ki gets embarrassed by a bare midriff right by his face.

3) Song Hye-kyo explaining why she likes the assertive Kang Mo-yeon.

4) Song Joong-ki trains for all his own actions scenes, was hurt, and still perservered.

5) Jin Goo received a birthday song and cake from the staff and Song Joong-ki in a Pororo Hat.

6) Kim Min-seok was declared the mascot.

8) Several of our favorite scenes had unfavorable filming conditions and yet they turned out great.

9) Jin Goo showing how he helped and cared for Kim Ji-won.

10) Shin Bo-ra did a group interview with Lee Seung-joon, Onew, and Jo Jae-yun that included a category game. The categories were: The Most Unique Couples, 3 Scenes with a Twist, Scene Stealers. 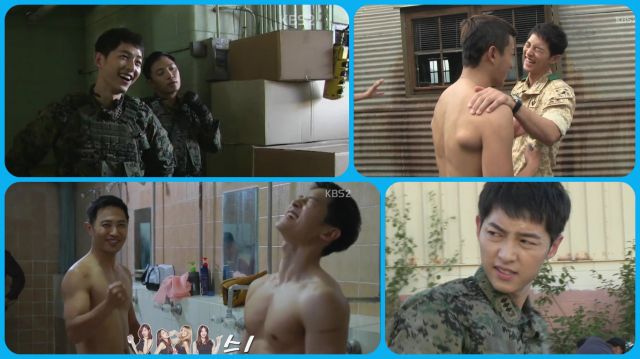 Please check out the episode below to find out more about these awesome "Descendants of the Sun" goodies that were filmed along with the drama over 258 days. Thank you "Descendants of the Sun" for bringing Korean drama to the fore in many places where it wasn't. You weren't by any means perfect, but you were fun to watch, and you were a vehicle for discussion and change. This may be goodbye, but for many of us, it's only goodbye for now.

HanCinema fans, did you enjoy the special? What was your favorite behind-the-scenes secret? Will you be watching "Descendants of the Sun" again? 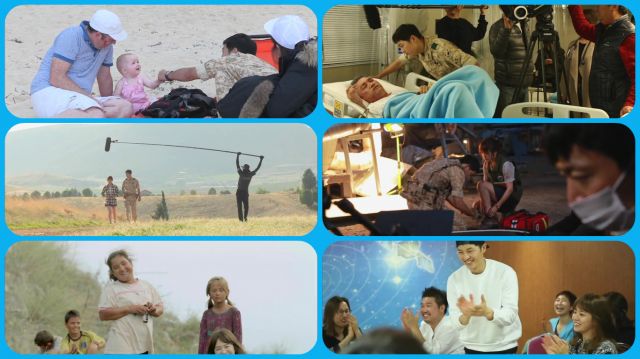 "[HanCinema's Drama Review] "Descendants of the Sun" Special 3"
by HanCinema is licensed under a Creative Commons Attribution-Share Alike 3.0 Unported License.