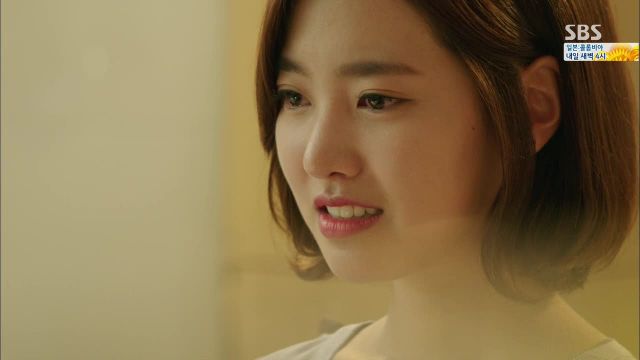 "Doctor Stranger" is spinning on its wheels again, using the same plot tools over and over. It also relied heavily on a relatively ineffective love triangle this episode and distorted the characters even further. It seems that the characters exist as plot tools and are no longer entities of their own.

The crux of the problems in "Doctor Stranger" is the lack of consistency in all elements. Most of that inconsistency is due to the ratings chase. Logic is replaced with "excitement". The more "exciting" an episode, the higher the ratings. Integrity compromised because of it. Take the development of the characters, for example. Jae-joon was learning how to deal with his traumatic past in a healthier way, deviating from his obsessive need for revenge. He was starting to think about how he could better deal with the past and bring his parents justice. Now, in a jarring writing decision, he has snapped back towards blind revenge and a complete lack of moral integrity.

The surgical competition is still going despite the fact that it was an exhausted plot point episodes ago. It is based on horribly unethical doctors and portrays Dr. Moon as a completely incompetent surgeon just so the writers can bring in Hoon to save the day for the umpteenth time. The competition is based upon Premier Jang's highly unsound plan to usurp the presidency from the incumbent president. It relies on an illogical amount of medical manipulation that would certainly be checked if the circumstances were real.

The largest annoyance of the episode was the love triangle and the abundance of weepy women. Soo-hyeon has laid the responsibility of her broken heart on Hoon, which makes no sense. It's not his fault she likes him. And despite the fact that Hoon was madly in love and devoted to Jae-hee for the bulk of the drama, he is now "shaken" by Soo-hyeon. What made Hoon such a magnificent character was his devotion. Changing his steadfast behavior deprives his character of what made him great. Then there is Jae-hee who doesn't have enough faith in Hoon to confide in him and mopes alone when she thinks Hoon is falling for Soo-heyon. It is this stuff that makes ratings soar, but makes me cringe. It is crippling the writing.

It has been the solid acting that has kept "Doctor Stranger" from sinking deeper into a drama Wonderland where nothing makes sense, but it is no longer enough. The writing needs to come together. The show can no longer rely on pretty camera work and handsome faces and impassioned performances. It is sad because this show had a lot of potential based upon its premise and its casting and its production team.