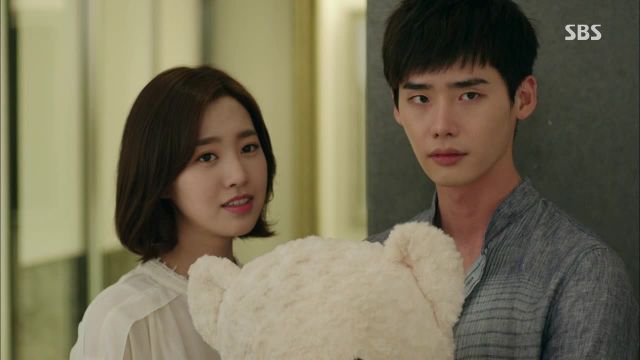 "Doctor Stranger" has become completely erratic in its desperate attempt to remain valid and interesting. This penultimate episode was jumpy and piecemeal. But at the same time, it covered issues that should've been dealt with ages ago. In that way, it was satisfying.

Almost all of the issues brewing in "Doctor Stranger" came to a head this episode. First was the relationship between Soo-hyeon and Jae-joon. He's been wrestling with what it means to be a doctor and how to deal with the delicate balance between being a doctor and exacting revenge. His character has been quite bipolar, but in this episode he was as he should've been: torn between guilt, his love for Soo-hyeon, and duty towards his parents. It was well-balanced and satisfying to see him dealing with his issues instead of blanketing them with anger.

Also, Soo-hyeon somehow came to terms with her love for Hoon and began to focus on Jae-joon and her place in the hospital's infrastructure. It would've been nice to see the process she went through to achieve her peace with that instead of watching her angst and then suddenly get over it. Her position in the politics of the hospital should've been secured earlier as well. It would've made for a more interesting show. Instead we got a moping Soo-hyeon and too much stalking.

Park Hoon and Jae-hee make-up, which bodes badly for how long either of them will live in the realm of Korean drama. If the shows decides to kill either one of them off, the pay off for that angst would be greater had they worked together for longer than two episodes. Jae-hee shouldn't have pushed Hoon away at all. Instead, they should've faced obstacles together, such as Jae-hoon's revenge or Soo-hyeon's goals for the hospital interfering with the president's surgery. Pitting Soo-hyeon against Hoon's agenda could've made some great plot fodder.

The political conspiracies are nonsensical and not worth the time to analyze suffice to say that Prime Minister Jang has gone off the deep end and his plan to usurp the presidency is feeble at best. It is a contrived attempt to create plot tension that failed. After that, my onlyhope for the last episode is that it will logically resolve what issues are left: the results of the president's surgery, the tensions with North Korea, and the relationship issues between the four main leads. It's not too much to ask for, right?