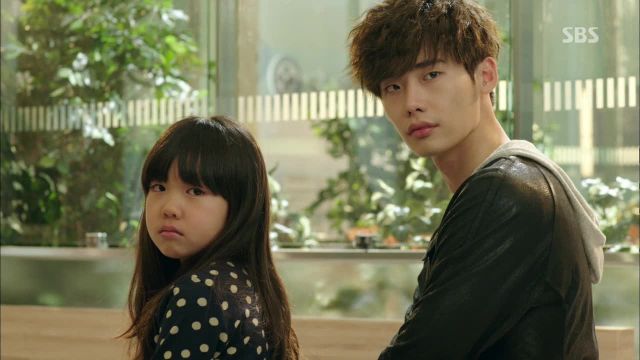 Park Hoon is a man who does what he wants when he wants to do it. That is, until his conscience in the form of his father's last words begins to nag him. His character is a strange amalgamation of characteristics that range from egotistical to sympathetic. It's as confused as he is after years of struggling.

His struggles have finally brought him to Myung Woo University Hospital in Seoul, where we knew he would end up from "Doctor Stranger"'s promotional material. He's avoided Myung Woo University Hospital in particular because the director is the man who kidnapped him to the north. Hoon has been avoiding hospitals because of his inability to turn a blind eye to medical challenges, and, I believe, to avoid his innate drive to help people. Saving lives was the reason he decided to become a doctor that day he watched his father operate on North Korean leader Kim Il-sung. On top of those very good intentions are quite a few darker character traits like excessive arrogance, disdain for authority, and a taste for causing trouble.

A unique trait of this show is that it laces in humor in a way that circumvents the awkward. The humor buoys itself on the rather volatile, colorful personality of Park Hoon. Normally so much humor in such a dark show would feel out of place. In the case of "Doctor Stranger", it fits in and manages to make some social commentary. Hoon and the little girl he met last episode are badly directed through the hospital by a uninvolved and distinctly unhelpful hospital staff, highlighting the lack of interest many medical care professionals have in helping people outside of medical emergencies.

This episode also gave us a deeper look at Park Hae-jin's character, Han Jae-joon. The man is scarily ambitious, but also an excellent doctor and a sturdy leader. He is not above a little sabotage to keep his position in the hospital, which makes him scary and interesting. Had he been merely brilliant, he would've been boring. Just like Park Hoon. Had Hoon been merely brilliant, he would've been boring. Both men have so much beneath surface that make them mysterious.

Oh Soo-heyon, Jae-joon's fiancee, seems to be the moral pillar that both men desperately need. Not only is she that moral pillar, but she has issues of her own to deal with in her dysfunctional, power-hungry family.

The child star who played "500 won" in this episode was immensely talented. She worked flawlessly with Lee Jong-suk and the others who played the hospital staff. She had none of the awkwardness normally found in young actors. She also showed me that Jong-suk is great with kids. Their scenes together were electric.

An interesting thing to note about "Doctor Stranger" episodes is that each episode is exciting in and of itself. The episodes are not necessarily "episode" in format, but they do contain enough material to make their intrigue completely dependent on surrounding episodes.

Now that Jae-hee is in the picture in a way Hoon never expected, I think Hoon will have to do a lot of thinking about his behavior, his goals, and what he is going to do about her. Because he is already so volatile, I can't guess what he'll do (besides join the hospital staff.) I like that. I like when a show keeps me on my toes.