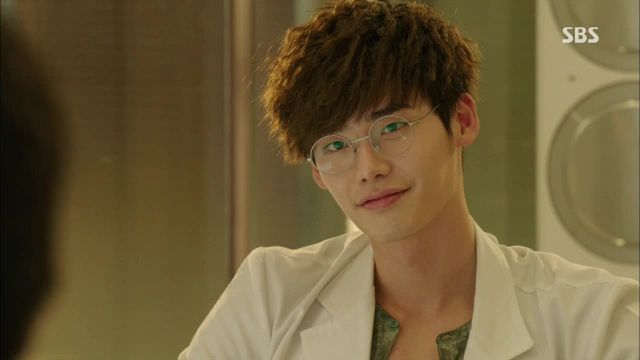 Questionable morality is the name of the game in this episode of "Doctor Stranger". The competition between the two surgical teams has always struck me as wrong, but it is this episode that highlights just how reprehensible it is. It also shows us that Hoon knows what it is to be a good doctor; it is innate in him. Unlike the others, he ignores politics, the competition and all of the red tape to do right by his patients. That makes him a lot of enemies.

Hoon's first new enemy is Jae-joon into whom we gained insight this episode. He does not want the hospital out of greed, but out of revenge on Director Oh. That makes his feelings for Soo-hyeon even more forbidden - he is falling in love with the enemy's daughter. He is the child who lost his parents when Prime Minister Jang, Director Oh, and Director Choi sent Hoon's father to North Korea to save Kim Il-sung. Hoon's father was going to fight for Jae-joon's parents, but was sent to North Korea to save the face of Director Oh's new hospital. Now the analogy Jae-joon makes is not just a knight who wants to take over a castle, but a knight who wants to take over the enemy's castle. The second connotes blood shed. Jae-joon just got a lot more interesting.

Jae-joon is also jealous of Soo-hyeon's growing feelings for Hoon, and Hoon does nothing to discourage her. The growing jealousy makes Hoon an even bigger opponent for single-minded Jae-joon. It makes him act carelessly towards Soo-hyeon, which hurts her and drives her away. "Doctor Stranger" handles its romantic aspects well. Jae-joon and Soo-hyeon are a sad, but tried-and-true, story. She yearns for genuine caring and finds that in Hoon's friendship rather than Jae-joon's love. Jae-joon loves her, but his end goal forbids it. What is scary about Jae-joon's feelings is that he ignores them. He is following the path of Director Oh, the man who ignored what was right for his own welfare. Revenge is a selfish act and I would like to see Jae-joon eventually realize that.

His revenge leads him to drop Soo-hyeon from his surgical team. His reasoning was correct, he wants a more experienced surgeon, but the way he did it was awful. It's another reason Soo-hyeon turns to Hoon. Although brutally honest, Hoon has genuine faith in her. Not only does Jae-joon lack faith in Soo-hyeon, but his motivations were wrong. He did it for revenge, not for the welfare of the babies he is supposed to save.

Let's take this compeition and run with it. The surgical competition is appalling. There are two month old infants' lives at stake and the members of the surgical team are too busy with politics and ladder climbing to think about what being a doctor means. It highlights Hoon's struggle and desire to be a good doctor. He knows exactly what it is to be a bad doctor and refuses to be that way anymore. But he is the only one. He is beginning to pull Soo-hyeon into his way of thinking because she is vulnerable. The others succumb to politics and selfish desires. It's an important issue to tackle because medicine is supposed to be about patient care, but often becomes more about the doctors, which is something that needs to change. I'm hoping that Hoon's drive pulls the other doctor's back onto the right track.

With all of the character reveals happening, Prime Minister Jang is still as baffling as ever. His reasons for wanting Hoon to perform his surgery and then switching to Jae-joon are unclear. He is also working with Jin-soo and North Korea in a scheme that is very dangerous. The gun to Jae-hee's head at the end of the episode proves it. He doesn't just deal in politics - he deals in lives. The incident with Hoon and his father wasn't isolated. Prime Minister Jang is a bad man.

Onto Jae-hee who I am pretty sure is Jae-hee. After Hoon hugged her, she seemed to break and my newest suspicion is that she's there less as a spy and more to protect him from Jin-soo and his superiors' evil plans. Reflections are often used in this show, but this episode focused on Jae-hee. Her face outside reflective surfaces is hard; through the reflective surfaces, it is suffused with pain. Speaking with Hoon alone also serves as a reflective surface. Her mask is beginning to crumble around him and he reacts to it. It makes me wonder if Hoon knows her real identity and is helping her hide it by pretending not to know her.

There are more questions than answers in "Doctor Stranger". Despite that, it is a riveting show. Lee Jong-suk is raw passion and energy as Park Hoon and his scenes are magnetic. Kang So-ra portrays the vulnerable Soo-hyeon with tenderness and care. The different mysteries are all delicately balanced throughout the hour with a few moments of humor to relieve stress. Even minor characters are made real with small backstories. With all the complexity, it would be easy to make a mess of the story, but it has been cleanly delivered. The big question is if the plot will continue to do so.