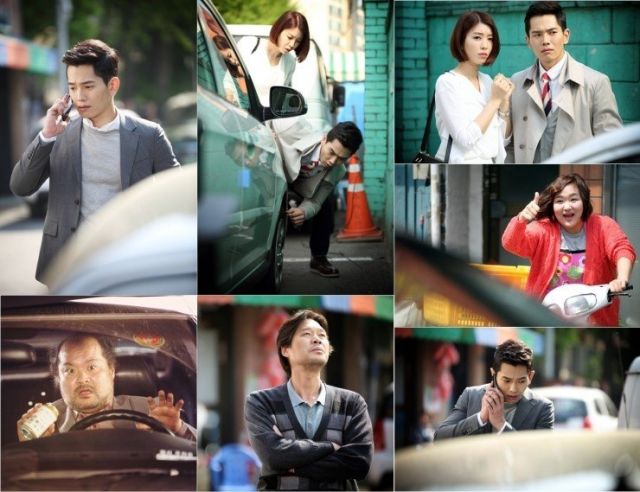 Jeong-do (played by On Joo-wan) is a man who takes his car very seriously. I've never really understood the appeal of cars as status symbols personally, mostly because it's so easy for them to get cosmetically damaged. Jeong-do goes beyond just worrying about what his car looks like. He has that troubling automobilist tendency to view even an abstract form of disrespect toward his car in a borderline psychotic light.

This doesn't happen right away. That's the whole point of "Drama Special - Illegal Parking"- Jeong-do just continues brooking these silent means of disrespect to his car until he finally looses his mind completely. Now, you've probably already guessed the twist ending- but this drama isn't trying to surprise us. We know that Jeong-do is being irrational and that this entire conflict could be resolved by having just one intelligent conversation.

But then where would that leave his pride? Jeong-do ends up managing to sacrifice basically everything for the sake of maintaining his status symbol of a car. He even gives up the actual utility of a car in the first place. The result is a fairly striking condemnation of automotive culture writ large. South Korea, like many other countries, has issues with cars. Cars don't cause road rage, though. People do. The cars are just an excuse. Yet they're such an effective excuse that the question inevitably comes up of why these characters even need cars at all.

Jeong-do's rival here is Sang-sik (played by Kim Sang-ho). Kim Sang-ho's always plenty of fun and this drama utilizes him well as the clearly lower class fellow with pretensions of being a good guy / tough guy. That's actually the big mistake both jeong-do and Sang-sik make. They assume that this jockeying over the parking space is a matter of honor that will boost their prestige in the community. In reality both of them just look increasingly demented. It's not just to us watching- all the other supporting characters look at these two with increasing worry as the story moves on.

And yet nobody does anything to prevent the inevitable disaster- at least nothing substantial that would actually resolve the issue. Why is that? Because you don't come between men and their cars. Watching this drama it's pretty hard to escape the sense that there's a sense of pride and honor in regards to automobiles that's a lot more trouble than it's worth. Watching Jeong-do and Sang-sik's inevitable collapse, I just felt glad that I don't drive anymore.