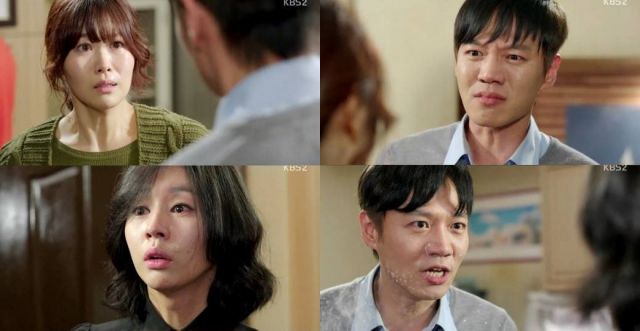 You ever have one of those days where you and your friends are all getting together for a party, and trying to have a good time, but there's all this really uncomfortable background noise? Like, oh, we have no money, our home is falling apart, we might not be able to make the rent payment next month? But then, that's what the party's for, right? To forget about all that stuff? So how well does that actually work? Does the party actually dissolve the worries?

Maybe sometimes sure. "Drama Special - Stone Day" does not depict one of those optimistic events. The longer the party goes on, the drunker the partiers get, and so their inhibitions fall down. These inhibitions aren't regarding crazy fun stuff though, but rather the deep-seated emotional anxieties arising from the present hostile living environment. This moves on to people lashing out, because the world just seems so unfair and any event, past or present can be used to rationalize this hostility.

The troublesome part about this kind of attitude is that in some ways it's actually justified. Not everyone at the party is a particularly great friend. They're good friends, sure, but not great. A great friend will realize that their fellow is in a difficult situation, and try to find a way to help without embarassing that person, making them feel weak and humiliated. No character here is so magnanimous. They can tolerate a fair bit, but there are no messiahs here.

"Drama Special - Stone Day" is incredibly discouraging and fairly depressing. We do finally get some sense of hope and friendship right at the end. Regardless, though, the drama as a whole is a discomforting of weakness and mortality, exposing how an emotionally difficult situation can make us lose the ability to weigh social politeness against the rage brewing inside the heart. In many places the drama is just hard to watch. Its desperation rings true, though, making it an accurate drama even if it may not necessarily be one that a person would want to see.