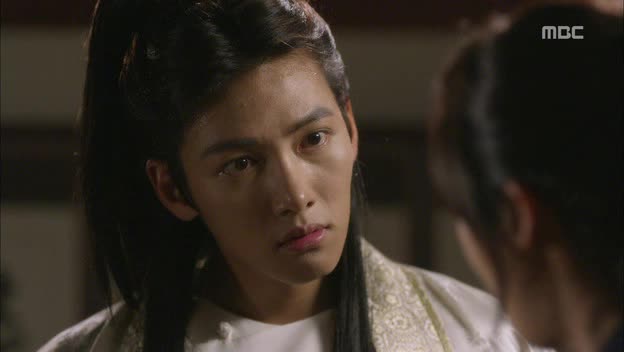 This show is stunningly beautiful. The special effects and the fight scene choreography are finely done and match the lavish costumes, shoot locations and sets. Despite the show's grandeur, the stakes and the characters still feel very real. Another strong point of the show is that the introductions to the world and the characters don't feel like introductions. Rather, it seems like the viewer was made privy to a private world. This quality was especially important for this episode because there was a lot of character development and backstory.

The exiled Prince Ta-hwan of Yuan played by the wonderful Ji Chang-wook had his chance to make his mark on screen. Ta-hwan is a sheltered and cowardly prince who does not yet have what it takes to be an emperor. He cannot see beyond himself. His weak character is the kind of mask Wang Yoo pretended to be before he was crowned king of Goryeo. Now that Wang Yoo is king and has taken custody of the prince, he is determined to stand strong for his country. He's actually a good role model for the lost and terrified Ta-hwan even though Wang Yoo wants to free Goryeo from Yuan control.

Of course, the prince isn't ready to change and fights Wang Yoo in childish ways that bring a much needed levity to the intense story that is packed with fighting, betrayal and power-hungry men. Seung-nyang is assigned to be his guardian soon after her happy reunion with Wang Yoo. She is the straight man to Ta-hwan's funny man. She is zealous in her duty, which makes her future as Yuan's Empress perplexing. In history, she sent troops to quash Goryeo when she became empress. To see how she changes from an upright Goryeo soldier to a Yuan monarch who is willing to crush her homeland will be interesting to see. 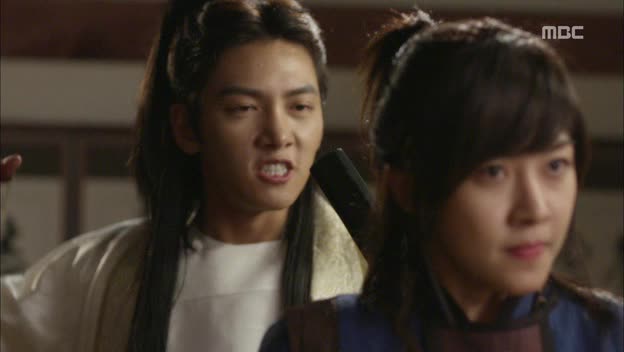 There are a few things that weaken the drama. First is the whole storyline involving her father. It's cliche and everything about their coincidental meeting screams insincerity. Second is how they dealt with Seung-nyang's crossdressing this episode. She acts very dominant and masculine most of the time, but when faced with Ta-hwan asking her to undress him, she becomes squeamish. That isn't the behavior of a woman who as posed as a man for most of her life. It was purely done for romantic storyline purposes and it was ridiculous.

Aside from that, the rest of the Yuan major players appeared such as Ta-hwan's step-mother

Budashiri Khatun and his sickly younger brother Rinchinbal who is the current Emperor of Yuan. El Temur, Ta-hwan's biggest opponent to the throne had a larger role to play this episode. He is the one seeking Ta-hwan's life and who controls the Yuan court. All this history is relatively accurate, but the story is definitely dramatized enough to become semi-fictitious. That is both the beauty and the weakness of Korean drama. It can create a heart-wrenching story based on minimal historical accounts, but it can also take it too far. "Empress ki" hasn't yet done that.