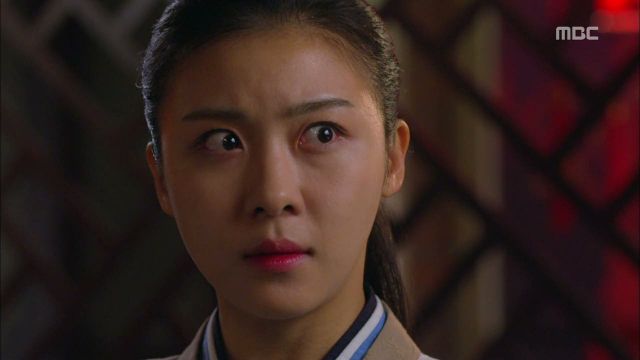 "Empress ki" continues to amaze with its physical beauty and the seemingly effortless way that it pieces all the story elements together. There is never a dull moment in this show because the characters are constantly pushed into action and towards realization. What is wonderful about it is that none of the events or behavior in the show seem contrived or badly timed.

With all of the changes happening in the world of "Empress ki" and in the lives of the characters, the writer still manages to focus on very clear themes in each episode. This episode pits illusion and reality. The clearest example of this is between Seung-nyang and Ta-hwan. Seung-nyang single-mindedly seeks revenge on Ta-hwan who she believes to be a traitor to his word and her nation. In her mind she has painted him the enemy, but that isn't the reality. Time spent spent in his palace and observing his life and behavior towards her is starting to chink away at her image of him. The reality of how he lives and the fact that he is as trapped by his lot in life as she is hers does not escape her. The same can be said for him. Although he doesn't yet know that Seung-nyang is the servant girl in his palace, her resemblance to his Gorgyeo friend makes him extremely pensive. He superimposes all of male Seung-nyang's qualities onto the servant and is crestfallen when he realizes that they are not the same because his friend is male. The fun in his dilemma is that he will find out she is a woman. She will find out that he actually cares for her.

The illusion versus reality theme carries over to the smaller characters such as the cowardly Yeom Byeong-soo (Jung Woong-in) and the crafty leader of the Turks (Ryoo Hyeong-kyeong). Byeong-soo is a coward who deludes himself into thinking he is a brave man, which causes trouble in the war situation he is in. The leader of the Turks' war strategy relies on deception and guerilla warfare tactics. Also, she is a woman, so the mask is necessary to put up a strong, masculine front. 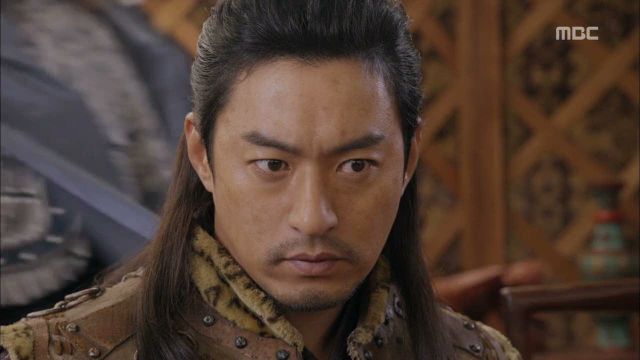 One thing that surprises me is that Ji Chang-wook's Ta-hwan can be aegyo (cutesy) while still managing to seem like an emperor, albeit a spoiled one. The transformation Chang-wook can make from aegyo to serious is remarkable as well.  He does it in the blink of an eye when necessary and the finesses of his acting brings so much depth to his character who could otherwise be annoying.

The sets in this episode are particularly breathtaking. Ta-hwan's palace is beautifully depicted, especially at night. The outdoor scenes where Wang Yoo is battling the Turks include lots of terrain shots that draw the eye and heart into the moment.

"Empress ki" is definitely one of the top currently airing dramas and the ratings prove it. It has heart, beauty, talent and wonderfully clean writing and directing.