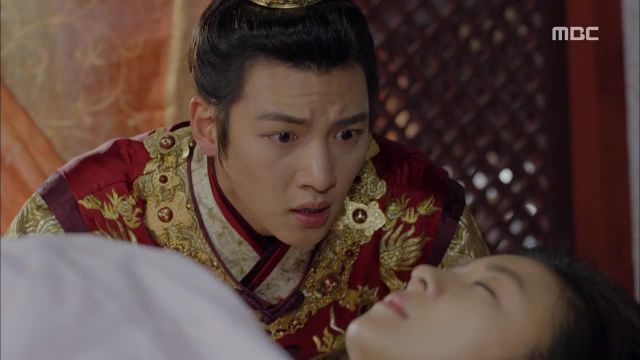 "Empress ki" focuses on its romances in earnest, which shines light on one of its most glaring weaknesses: Seung-nyang and Wang Yoo's love. In fact, it is love and its guiding presence in the lives of the main characters that moves to the forefront this episode.

Love means different things to each character in this show. For Seung-nyang and Wang Yoo, love is their  tether to sanity as they try to survive in exile. For Ta-hwan, it is the brace that keeps him from buckling under political pressure. For Tanisiri, it is the saving grace of her politically-driven life. For Tanisiri's older brother, it is a burden that keeps him from effectively accomplishing his goals.

While the use of love in the plot is clever, the main love line, however, is lacking. Seung-nyang and Wang Yoo are currently very much in love, but their path to that love was stunted and lacking. Their romance is based upon the time they spent together in the first few episodes, but that time did not have much romantic build up in it. Therefore, the current episodes suffer from a lack of romantic history to flesh out the current feelings and lonely suffering. Wang Yoo did show a one-sided adoration, but there was not enough reciprocation of those emotions before he and Seung-nyan were forced apart. 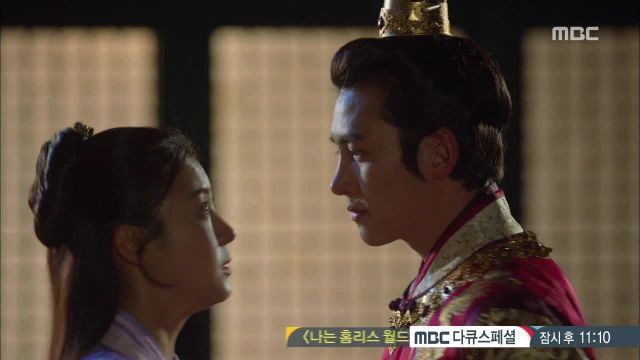 In contrast, Ta-hwan's love for Seung-nyang has been clear as day since the pair met. He adores her and it's obvious. Her feelings for him are obvious: she hates him. Her hate is slowly being tempered by her exposure to his situation and his adorable antics. The two are given time to foster a relationship, something that Seung-nyang needed with Wang Yoo. She now pines for him so desperately that it is a bit awkward and bizarre because the two never truly felt like an amorous couple.

Love for Wang Yoo is what fuels Seung-nyang to keep going while she is enslaved in Yuan, hoping that she will be able to see him again. She helps another Goryeo woman who is a political target by plotting against El Temur and Tanisiri, showing the cleverness that will win her an empress' crown in the future. That cleverness also earns her enemies who Ta-hwan protects her from without her knowledge. It is his way of loving her despite the fact that she's loathe to accept anything from him.

It is much easier to root for the Seung-nyang and Ta-hwan pairing because we, the viewers, get more screen time to learn to love them. Seung-nyang needs that with Wang Yoo in order to make the tears we saw in the very first scene of the drama effective. I want to feel the separation as acutely as the lovers. Right now, I'm left scratching my head as to why she's so heartbroken.