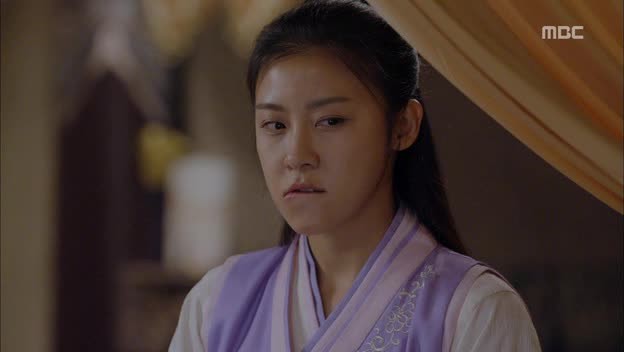 "Empress ki" has all of its major pieces on the playing board and it's moving through the plot, romantic development and character development at a nice clip. It is easy to engage in all of the story elements, even the politics, which normally tend to be too heavy-handed in dramas.

The players of "Empress ki" have been moved to Ta-hwan's palace and both romance and politics sizzle. El Temur, the show's major villain, has been foiled by the dowager empress and Seung-nyang and must seek out other methods to retain his political power. The political points earned by the dowager empress have set him back and the show is doing a fantastic job of showing the underlings of Yuan and Goryeo politics scurrying forth to claim what little power they can. Wang Yoo included.

The deposed king of Goryeo may have one a victory against the Turks, but he has a very precarious position that needs the support of Yuan to remain stable. The writer has him simultaneously wading through political mire and navigating his love life, which makes for interesting character development. It was needed for him because he stagnated during the Silk Road war. It was a necessary stagnation, but it still left me wanting growth from him. 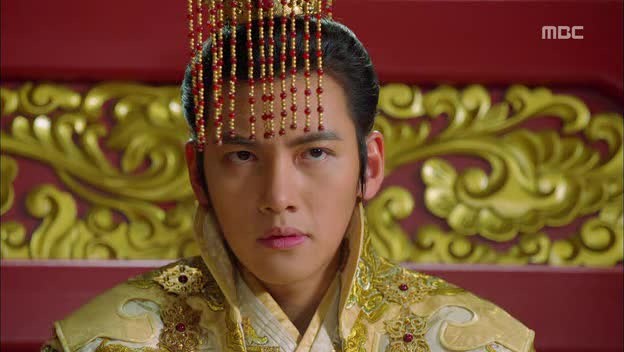 In contrast, Ta-hwan avoids his political responsibilities and focuses on his love for Seung-nyang. Both he and Wang Yoo have very little power and very few choices they can make, and that daunts Ta-hwan. He is overwhelmed by the pressure from all of the palace factions and chooses, for the most part, to avoid it. Seung-nyang becomes his obsession because she is the only person who has ever been direct with him and inspired him to be someone better. Watching his character spiral into potentially hazardous jealousy is thrilling. He's a deeply flawed character who is also easy to empathize with and easy to love. That impression is due to wonderful writing and Ji Chang-wook's acting.

As for Seung-nyang, her character is stronger now that Wang Yoo is back and she once again has a goal. I mentioned that the love between them didn't have a strong foundation, but now that it's actively blooming again, the chemistry between the actors and the tension fostered by their current situation makes "Empress ki"'s romantic atmosphere scintillating. That is especially true now that Wang Yoo and Ta-hwan are battling for her affections as well as political ground.

Not only are Wang Yoo, Ta-hwan and Seung-nyang involved in a messy love triangle, but they are key players in the battle between Yuan and Goryeo. Other characters rally around them or choose to make enemies of them because they are strong and dangerous, either because of personality, like Wang Yoo and Seung-nyang, or because of position, like Ta-hwan. Tanisiri, the ambitious empress, fights for footing in the palace under the influence of her father's power and wants to use her pregnancy to control Ta-hwan and the court; he won't lie with her. Through her and the dowager empress we see what small battles women have to fight in order to have any political sway.

The beauty of "Empress ki" lies in the balance between the romance and history. It also is strong in that the political scheming is not monochromatic. It involves a multitude of people, plans, and ideas to gain power that are interesting to watch and contemplate as a viewer.