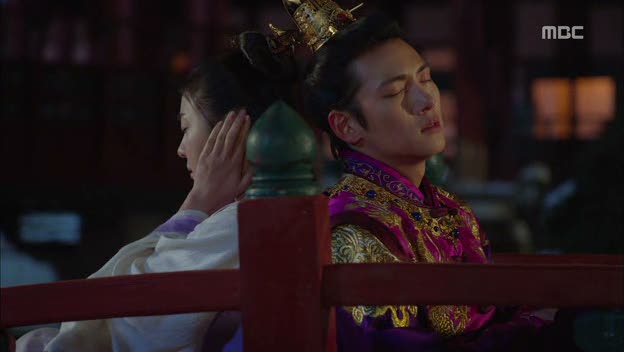 "Empress ki" saw a huge jump in character development while the plot's progression slowed considerably. It isn't a bad thing through, to minimize one element to highlight another. Suspicions were cast on on major characters last episode and now those suspicions are being developed, allowing characters to learn and grow under duress.

The conflicts in the story have gone from political and physical, to purely political. Battles are fought in the palace rather than over the Silk Road using intelligence and intrigue rather than strategy and swords. Wang Yoo is attempting to use El Temur's political system against him while also keeping his identity as the instigator secret. This casts suspicions on everyone in the palace and has the scarily powerful El Temur glancing warily at everyone. 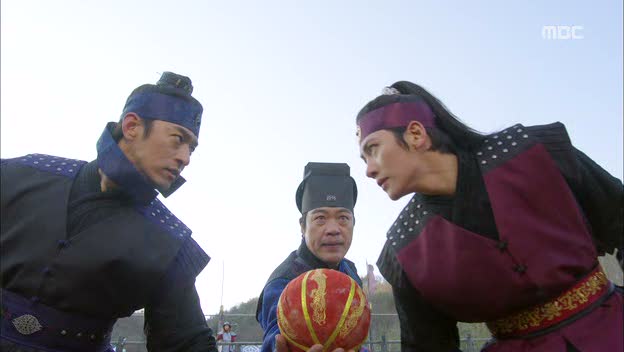 The tense, but quiet, political battle pushes Seung-nyang and Ta-hwan together and leaves Wang Yoo as the lonely third of the love triangle. He brings that loneliness on himself by banning Seung-nyang from helping him for her own safety, but that pushes her to the only other person who can emotionally connect with her and sympathize with her. It's beautifully done because she doesn't love or really care for Ta-hwan, but they do have a lot in common: they are both prisoners of their status, they are both sad, hurt and emotionally vulnerable. The most wonderful moment in the episode comes from this tenuous connection. Ta-hwan is downtrodden and hopeless. Seung-nyang quietly offers her support by literally letting him lean on her back. It's more powerful than love. It's camaraderie in wartime. More than a lover, Ta-hwan needs a friend and a supporter, and he finds that in Seung-nyang. This connection may be the key to his growth from a weak man and puppet emperor to a strong leader for his people.

A point that has been understated is the role of Yeom Byeong-soo (Jung Woong-in) who acts as a self-serving rat, scuttling from side to side and doing anything to stay alive. His lack of loyalty and willingness to do anything makes him a wild card in the political games. When the internal structure of Yuan politics starts to fray, it is the nibbling of Byeong-soo that will cause the largest turmoil. There are a few other small points like this that cleverly play throughout the story. Empress Tanasiri still uses the poisoned incense that the dowager queen gifted her - it prevents concpetion, Tanasiri's largest political weapon.

What I'm waiting for in "Empress ki" is for Ta-hwan to wisen up. He is the pawn of the dowager empress and El Temur. Although the dowager cares for him, she still uses him and tamps him down to keep him pliable and easy to control. The second Ta-wan rises even just a fraction, the political game will become something new. It will force everyone to reassess and take stock.