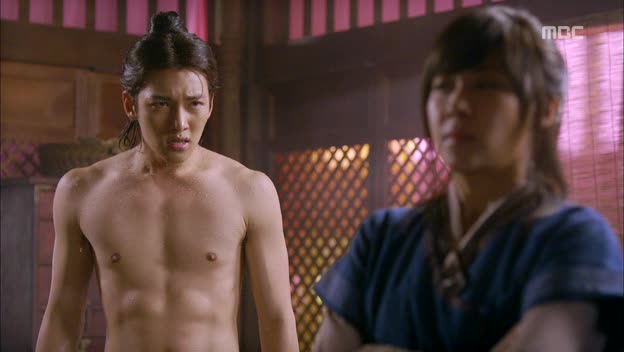 This episode was very wisely planned. The story of "Empress ki" is long and complex. Developing the overarching plot, weaving smaller plot threads into it and developing the huge number of characters necessary is and will continue to be very difficult. But this episode was clever. It focused most of the major development around one situation: the safety of the Yuan prince Ta-hwan on a Goryeo Island. This is a very wise strategic move so early in the drama. 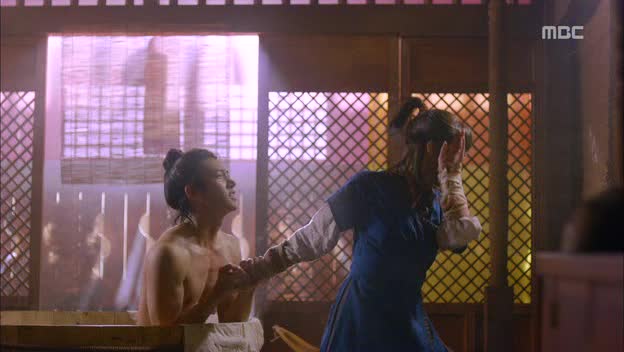 Both Yuan and Goryeo have a lot invested in the life of Ta-hwan: Yuan wants him dead and Goryeo needs him alive. This set-up allows for many major characters to gather, interact and make significant impact on plot and relationship development. The best parts of the episode were the small occurrences that happened between major events. Seung-nyang is assigned to guard Ta-hwan and they grow close as she teaches him the art of the sword and of the bow. Their friendship infuses humor in the show. Ji Chang-wook's Ta-hwan is delightfully funny in his sheltered immaturity and he has very natural chemistry with Ha Ji-won. Perhaps the funniest thing in the episode was watching Ta-hwan use aegyo while half-naked in a bath - the combination of two of the most infamous things in Korean drama.

What I really appreciate about this show is its ability to address the romance without making it an overwhelming focus of the show. Wang Yoo is starting to feel jealousy while watching Seung-nyang with Ta-hwan and he doesn't stop acting like the king of Goryeo in order to do it. Seung-nyang feels occasionally awkward in close proximity with Wang Yoo, but she still remains herself and acts like a soldier. The entire world of the story doesn't change because of the romance. 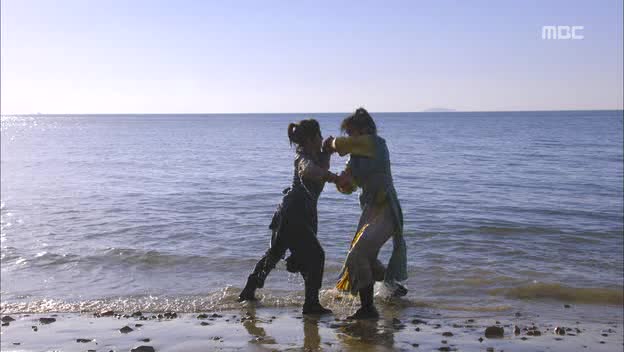 The physical beauty of the show remains consistent. The large scale battle choreography is tight and well-filmed. The battle scenes are complemented by good-quality costuming and a strong stunt team. Attention to detail is most definitely a strength of "Empress ki".

Another focal point was imparting a few important historical facts in order to make the political situation clearer. With so many political players gathered, it was necessary to define their roles and places in the events of the episode. El Temur and his sons are suspected of killing the last emperor of Yuan and hope for Ta-hwan to die before his younger brother, the current emperor. This ensures that there is no blood claim to the throne and that El Temur can put whoever he wants in power. On top of this, if Ta-hwan dies on Goryeo soil, Goryeo will be at fault for his death, which gives Yuan the excuse to attack and annihilate.

Last, "Empress ki"'s cliffhangers must be complimented. They are always gripping. Pacing is well-planned so that the episode feels full without lull. When it comes to an end, the cliffhanger always leaves an impact. Some cliffhangers have left me dying to see the next episode. This one didn't have me hankering for the next episode as much as it left me hurting for the heroine and her plight. And yet, it was still powerful.

One quibble floating around internet media is the historical accuracy of the show. In general, if you read Korean history during the Goryeo and read about these figures, the show isn't quite true to them. For foreigners like me who learn about Korean history, misinformation can be a dangerous teaching tool. However, watching a fictionalized account of history should indicate that there may be inaccuracies. In general, however, the show is pretty accurate and still has time to make Seung-nyang into a Yuan Empress who turned against Goryeo.