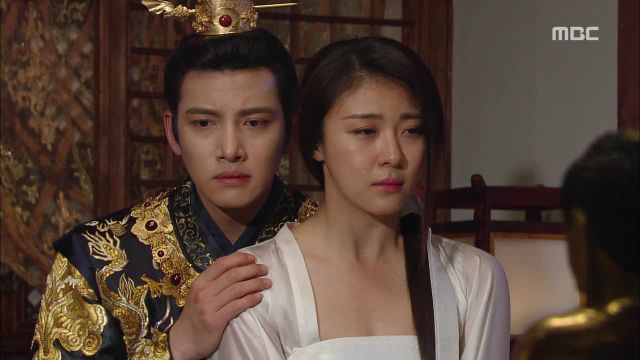 There was a very strange tone shift in "Empress Qi" 's penultimate episode. While the episode was heavy in subject matter, there was an incongruent levity in the comportments of the main characters.

Seung-nyang seems to have rid herself of the hunger for power she'd acquired and makes amends with Ta-hwan, smiling and getting along as though she'd never kept secrets from him. The change in her demeanor was so sudden and strange that it may belie ulterior motives. Her intentions as a leader of the Yuan people was always to help the commoners, but her way of achieving it involved deception. It required her to make difficult decision, to take lives, to lie to Ta-hwan. Because of that, it is just plain bizarre to see her laughing and smiling with Ta-hwan as if nothing had happened. They never addressed her deceptions.

This reflects on Ta-hwan as well. He is so eager for a person to be honest with him that he would not normally be so able to accept Seung-nyang's deception. It would plague and trouble him. With one episode to go, the story doesn't have time for him to undergo the full emotional turmoil of Seung-nyang's betrayal. I wish they'd developed him better from early on. His instability and insecurities make him such a rich character because of his position in society. He is the ruler of a powerful nation, and yet he is nearly irreparably weak. But in this episode, he deals with situations he was before too unstable to deal with. He smiles and accepts things he could not accept. It was bizarre.

Actually, the entire episode rang false. Thing happened because the show is about to end and some resolutions needed to be made, or at least be kicked into gear. Eagle House suddenly makes mistakes it never made before. Tangquishi met his end while telling Ta-hwan that Maha is Seung-nyang and Wang Yoo's son. It all felt rushed when it could've been better paced. There were so many slow moments throughout the drama that could've been taken advantage of in order to better develop these plot threads. 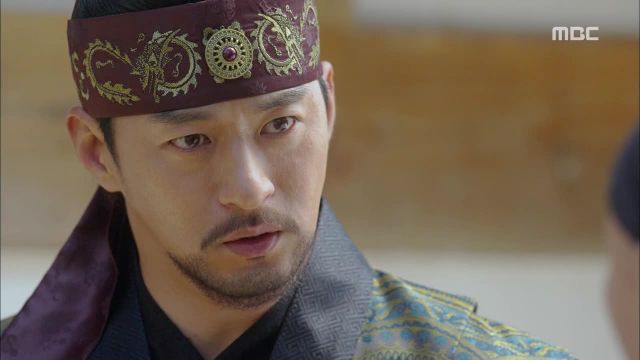 Also, the tensions between romantic triangle that have been neglected has suddenly made an appearance so that it can be present for the finale. The true romance has been absent for a while. Wang Yoo pines here and there for Seung-nyang. She occasionally thinks of him. But really, the romance is between the strained relationship Seung-nyang has with Ta-hwan. If they wanted it to be a love triangle, it needed much more time and much fewer conspiracy theories.

The friendship between Seung-nyang and Tal Tal has grown stronger again now that Bayan is out of the picture. They are comrades in intellect and in their vision for the betterment of Yuan. Tal Tal, unlike Seung-nyang, has kept his humility and evaded the alluring entrapments of power. He is who I believe Seung-nyang's character was supposed to be: humble and straight walking. Instead she was swayed by power, and then very uncharacteristically cast it off this episode.

I'm hoping for a finale that wraps things up without being too much. It is what I always hope for, especially at the end of a drama that has weakened so much over time. "Empress Qi" doesn't need a bow-tied ending. It needs a logical. Here's to hoping that it delivers.