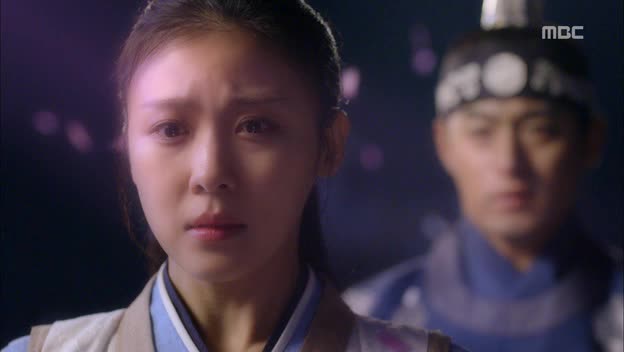 "Empress ki" has begun to explore the changes that will bring our characters to fulfill their destinies that were shown in the first scenes of the drama. What is beautiful about this episode is that this explorations happen alongside significant plot movement.

Ha Ji-won as Seung-nyang was particularly poignant because she is so devastated by everything that has happened that she only sees one thing: revenge. It blinds her to everything else. This kind of pain-fueled revenge is a powerful catalyst for change. Because of this I can now see the Iron Lady who rises in rank to the top female position in Yuan. It remains to be seen if the writers will motivate Ha Ji-won's Qi Empress to do it to ultimately save Goryeo or if greed swallows her. 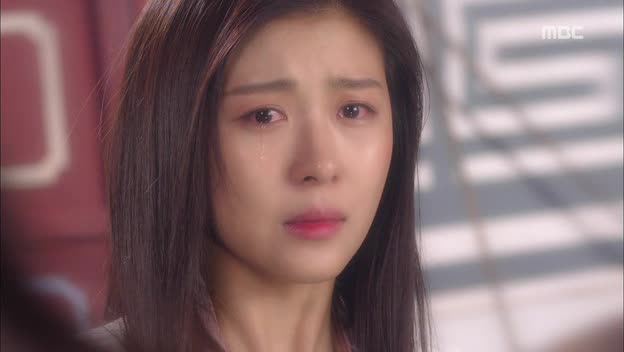 Another question raised is how Seung-nyang will change her feelings towards Ta-hwan, the man who betrayed her and her country. She is blinded by revenge and he, who believes her only to be a female palace servant, can only see his male friend Seung-nyang in her. There are already hints thrown her direction that tell her Ta-hwan truly cared for her, but she is not capable of truly understanding them. Politics makes love complicated and while romance is not the biggest theme in "Empress ki", it definitely plays a role. The men love Seung-nyang and she loves Wang Yoo. This situation never gets fully sorted as the first episode told us, but there is a long road to travel before the coronation of Seung-nyang as empress of Yuan.

The other major players this episode, Ji Chang-wook's Ta-hwan and Joo Jin-mo's deposed Wang Yoo, are fighting battles that prove the two leaders are currently opposites in character. While Ta-hwan is a cowardly emperor and barely able to move because of the political pressure pressing on him from all sides, Wang Yoo is made of stronger stuffs. He literally fights for power as people try to kill him and deprive him of adequate food and arms. The contrast between the two is stark and I hope to see Ta-hwan improve as a leader.

As for the other major female players in the show, Empress Tanishiri and the dowager empress are having a full-scale political battle in the only way they can: conceive an heir. A royal heir means power and pregnancy is the only real power a woman has in this time period. When things don't go her way, Empress Tanishiri always threatens to turn to her father, El Temur, the man who holds the real power. He never fails to remind Ta-hwan of the fact and it's terrifying to see a ruler with less power than his subordinate.

I must give special praise to Ji Chang-wook as Ta-hwan. He is able to infuse a cowardly character with so much depth. Chang-wook's Ta-hwan is a coward, but he is also terrified, playful, hopeful and possessed of an inner strength that could mean something big in the future.

Also, this drama continues to be beautiful. The fighting is flawlessly choreographed, the sets and costumes as lovely and the camera work is clean and easy to follow. We are nearly ten episodes into the drama and the quality hasn't faltered, which is impressive. Onto the next episode!