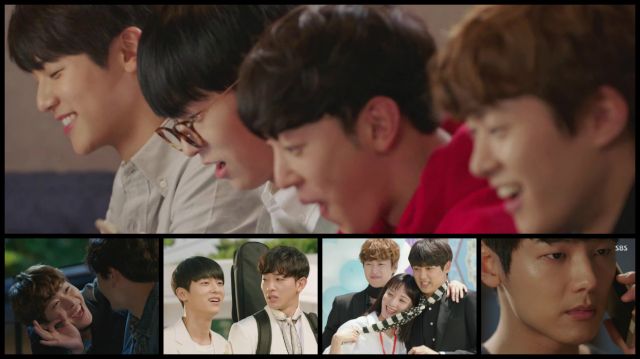 "Entertainers" episode 10 was, simply put, the strongest it has ever been. The emotional beats were well-played, flowed into plot action, and then twisted into gripping turmoil. My complaints remain, but episode 10 effectively minimized them to nearly negligible.

All of the inherent goodness of the relationships between our boys, Green, Min-joo, Seok-hoo, and Man-seok in "Entertainer Band" has built a solid emotional ground for the team to stand on. They're going to need that dependability because a media storm is about to hit with the fury of KTOP's CEO behind it, and the desperation of Joo-han and Ji-yeong snapping at the new band's heels. Seok-ho has turned a new leaf and uses honesty as his weapon, but it's a double-edged sword. I'm a bit unsure of the realism of this approach, but so far "Entertainers" has done a decent job of creating a fictional world based upon the true trials and tribulations of idol creation and life, and I will trust this situation will be handled accordingly by the writer. 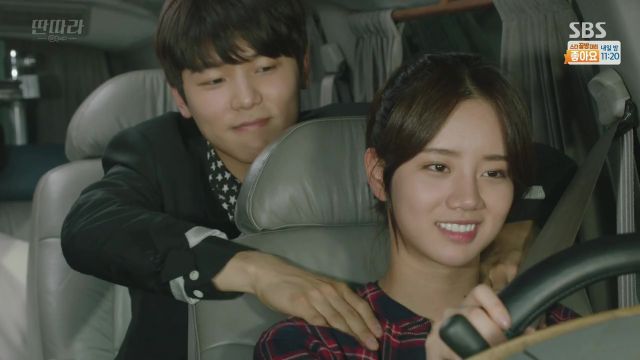 As for the romance, I find it more intriguing when the boys are twitterpated all by themselves than when they are with Green. The romance cleverly fuels a few deepening relationships as love secrets are shared, like Yeon-soo's crush on Min-joo, or Ha-neul's crush on Green. And as I've said before, the real romance is between Seok-ho and his "babies", the boys he took in and created a place for them to follow their passion; and also between Seok-ho and Jinu, his older but no less important idol child.

It is Seok-ho's tenderness that throws KTOP's CEO, Joo-han and Ji-yeong into sharp relief as nearly comical villains in their one-track thinking and lack of depth. Seok-ho is not the cutthroat shark he once was, though he is no less ambitious or tenacious. But the CEO, Joo-han, and Ji-yeong are only shown in anger, or greed, or desperation and have been given little else to make them villains worthy of empathy. Those are the best villains, ones we can understand even if we can never agree with them.

"Entertainers" is a show full of characters who work hard and turn things into opportunities. They're not perpetually happy Candy-like characters, but genuinely creative people who take obstacles and make them building blocks. It doesn't always work, but I appreciate that nothing in this show is black and white. It's full of moral gray areas that must be overcome. Opportunities come at costs. Making opportunities come at costs and this band is willing to pay those costs in ways that don't cost them their souls. For example, they turn an event for the elderly into a fun experience and work with the publicity garnered from it.

Although next week could bring harsh circumstances, the ending of this week's episodes felt hopeful, like this group of people gave it their all and will continue to do so. They have hope and strength to build themselves a future. 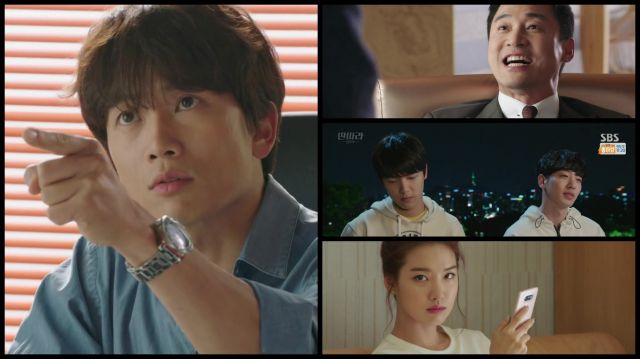