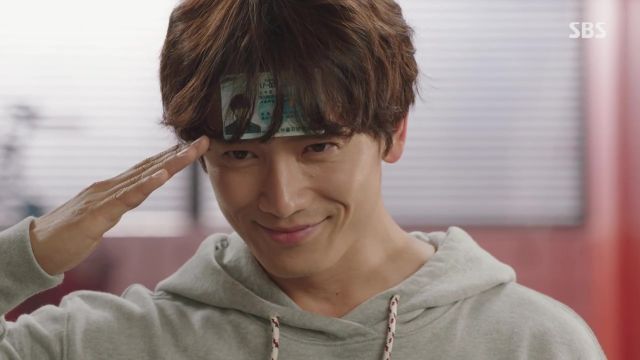 Realization is the name of the game in episode 14 of "Entertainers". Secrets are discovered in a flurry of activity that hurries the plot line along, but not always for the better. Some of the discoveries are made in ways that leave one puzzled as to how they came about. Others are emotively depicted. The juxtaposition between the good and the bad and this show has always been stark and obvious.

The plot elements of the show that were welcome, but seemed forced, were some of what I had been asking for earlier: follow through. I wanted to see what happened to Jae-hoon's mother who was wildly opposed to him being in a band. I wondered why they didn't follow through on Min-joo's chaebol status. Both character situations were followed up on in funny, but quick-to-appear and quick-to-wrap-up scenes. We haven't heard from Jae-hoon's mother since the Jae-hoon focused episode. It was nice to see TEEN TOP's Byung Hun get a few self-directed lines rather than reactionary ones. The entire sequence felt awkwardly shoved into the texture of the plot because it had so suddenly appeared. The same holds true for the revelation that Min-joo is a chaebol daughter. How did it happen? Was it because Yeon-soo was caught in a photo with her? Why did it happen? Why hasn't the issue of him being a young father come to a larger head? It's all so strange. 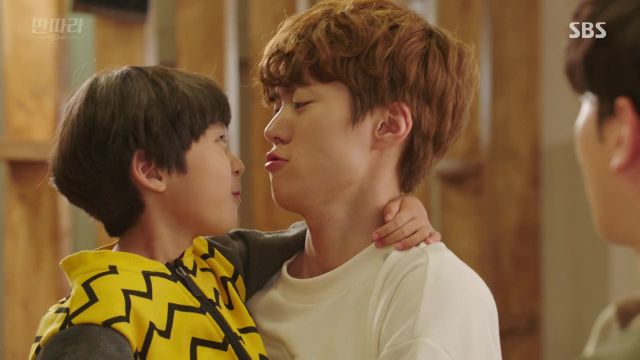 There are a few small things that are excellent in this show, but I rarely mention them. One is Jung Man-sik's comical role. He rarely plays such roles and he has spot on comedic timing. Also, Kyle and Chan-hee have slowly developed their relationship over time and now they are close. Kyle carries Chan-hee in his arms. This is good, quiet development.

Green has finally figured out that Ha-neul likes her and I'm glad for it, but again, it was so sudden. His crush has been rather obvious. But Ha-neul hides it to the very end, swallowing tears when she confront him about it and putting on a happy face. He doesn't want to shove his feelings on her, and I appreciate that. Confessions are one of my least favorite K-drama elements, especially when they force others to accept one's feelings. This episode spent a lot of time amping up for Ha-neul's big confession that he later backed out of, and on building the romantic relationship between Green and Seok-ho. Some of the development was so slow that it made the first half of the episode inch along at a glacial pace. Some of it was refreshing and cute. Again, this show has such clear good and bad elements. 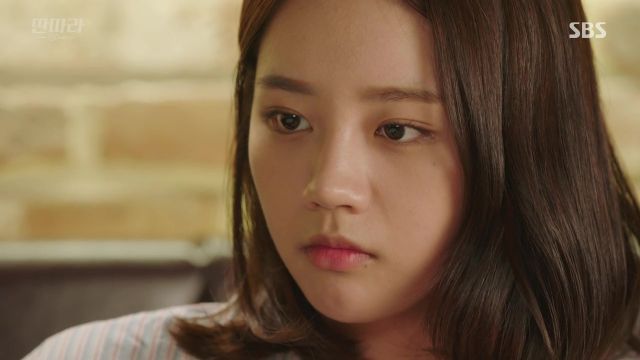 KTOP's CEO is breaking down as his big secrets are cracked opened. Jeon No-min is killing it. The reveal of Ha-neul's brother's situation, the fact that his song was stolen and that emotional backlash led to his depressions has whipped up emotions. Mr. Byun is a freaked out mess. Seok-ho is murderous, and the CEO is on the defensive and ready to do anything to protect his empire. With four episodes to go, I wonder if the drama is going to run with this storyline or try to inject other elements to keep the drama going. This extension has me worried.