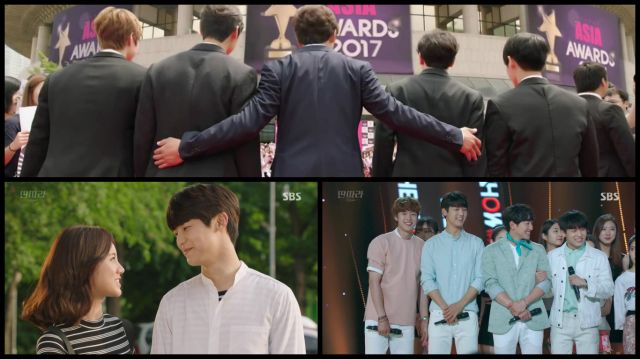 The boys of Entertainer Band scraped and clawed their way from the bottom to the top, past obstacles of evil female idols, ambitious CEOs, slimy managers, and reformed souls. If you're looking for an underdog story with a touch of romance, a solid OST, some cute guys in a band, and a friendship-related family, then "Entertainers" is for you.

The drama may not be the most cohesive in its follow through of the big issues, but it knows how to deliver emotional punches. Casting Ji Sung to carry the drama and flesh out reformed Seok-ho meant that no matter how short or long an emotional beat, it was fraught with emotion, and many times, moving tears. And boy, were there a LOT of tears. If nothing, this drama made the warring consciences and egos of our characters result in oceans of tears. It got to be too much, especially when all villains but one end up reformed because of Seok-ho's new walk in life. This fault is exacerbated by the fact that nearly every single villain went through parallel trials, periods of remorse and hesitation, and change. In the case of the band members, their storylines followed an explicit aspect of character and didn't deviate: Jae-hoon is a happy-go-lucky drummer, but student at heart. Kyle is a firecracker, high energy young man driven by impulse. Yeon-soo is all tenderness and bleeding hearts. The characters did not deviate. Same holds true for Green, a person who got so little development that I'm upset for Hyeri coming off such a poignant role as Deok-seon in "Answer Me 1988". 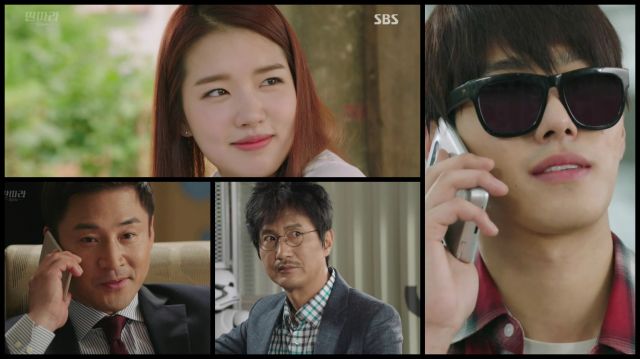 Romance was a weak point in the drama. As I said in the beginning, romance isn't a necessity in a drama like this and it would be better had the drama not force fed the viewers that romance. The only one that seemed natural in the least was the one between Yeon-soo and Min-joo. He fell for a beautiful, capable woman who treated his son well. Green and Seok-ho were awkward. Ha-neul's one-sided crush was more a vehicle for his growth that a point of romance. And what was that pity romance that the production team threw at Ha-neul in the last few minutes? It made no sense.

And then there was the king of Korean drama tropes, the time skip. His majesty reared his royal head near the start of the episode and washed away a year of romantic development, band development, and left the rest of the hour as a space for fluffy goodness: Jae-hoon following his dreams, Green following hers, the band soaring on top of the Hallyu wave. It was sweet, but essentially fluffy filler. Thank you, extension. It allowed for bow-tied endings in regards to every single side character, which were highly unnecessary. 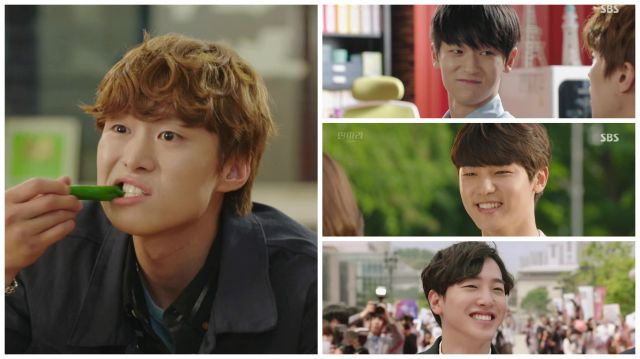 What I loved most about "Entertainers" at the beginning was that it tackled some intense social issues: sexual assault charges in idoldom and the media, adoption, suicide, betrayal. Unfortunately, these became more plot point than genuine explorations of such ideas. All of them are always pertinent.

With all of that said, did I enjoy this show? Yes, I did. Would I recommend it? As a one time light-hearted watch, yes. As a repeat watch its flaws would become glaringly obvious. But give me these boys goofing off and playing music any day. They are so adorable.

What did you guys think of "Entertainers", HanCinema Readers?