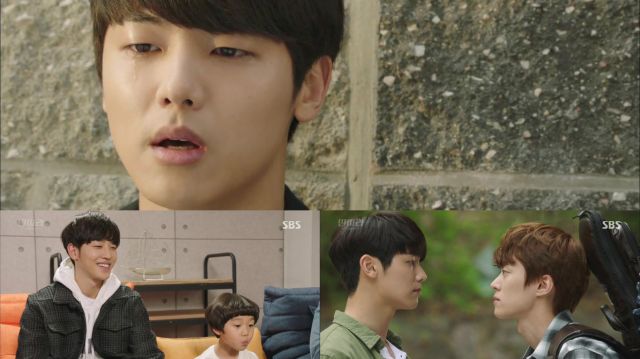 As with all of the strongest dramas, "Entertainers" has begun to put together the one thing that always grabs at hearts and convinces the viewer to invest into it. It has created a family, a band family. A group of hurting misfits band together (pun intended) for the love of music, and will most certainly learn to love each other. Even ruthless Seok-ho is starting to show his gooey center. Perhaps that is helping the climbing rating - a 7.2%.

While Seok-ho endeavors to pick his life and career up off of the ground, so do Ha-neul, Kyle (Gong Myung), and Green. The ranks of the misfits grows larger with not one, but two more people who don't quite belong: twenty-five-year-old single father Na Yeon-soo (Lee Tae-sun) and his adorable five-year-old son, Chan-hee. Nearly broke Seok-ho and his band of ex-cons and single fathers are aiming to find their way into our hearts. 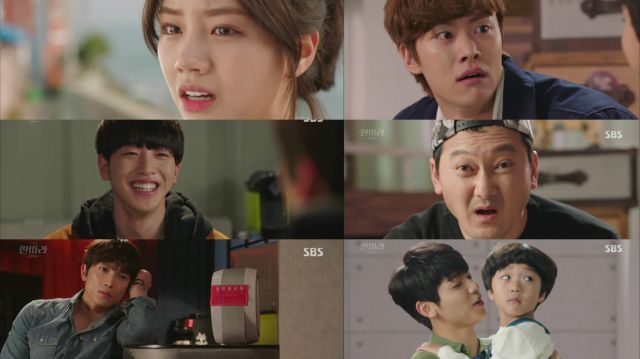 There are several mysteries running deep within the veins of our characters and fueling their pain. Foremost is Ha-neul's rape accusation by Lee Ji-yeong. Why did she do it? And was Joo-han in on it? Seok-ho suggested helping him look into it to make the band viable in the industry, but I have a feeling it will make Seok-ho less focused on material success and more focused on his growing band family. Then we have the backstory that is shared by Seok-ho and Ha-neul and Ha-neul's dead older brother. In that we also have the mystery of how Green connected with them. So much juicy material to explore.

Newbie actor Lee Tae-sun playing single father Na Yeon-soo is utterly delightful. He smiles in a way that makes him seem foolish, but his kind heart that sympathizes with pain and his experience from being a young father in a very judging society make him tougher than he seems. My favorite moment of the episode was when he and his son painted over the slurs sprayed painted on the wall of Ha-neul's and Green's home. Kyle isn't quite as mature as Yeon-soo, but we see that he is not slow. He sees and understands much more than he lets on. I'm surprised Green hasn't gotten as much development as these guys. Mostly she's an overworked, overprotective big sister who doesn't care what Seok-ho says, she's going to take care of her brother at any cost! Including giving up everything to be his manager! 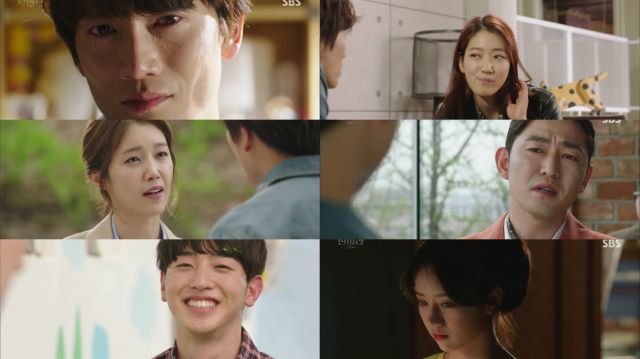 A few small things I enjoyed: Park Shin-hye's cameo as a maknae PD. Ha-neul's shirt saying "guilty" in English. Probably not the best wardrobe choice. The use of Nirvana's "Smells Like Teen Spirit" when Seok-ho realizes that he knows Ha-neul from long ago via the "Nevermind" album. A bigger thing I appreciated was Ha-neul thinking of others and quitting the band. It may seem like the typical "noble idiot" trope, but in this case, he could really damage a young father and his song, Kyle's burgeoning guitar career, and Seok-ho's path of career redemption. Ha-neul has no faith in himself, but that's okay. His new family will help him build that. I have faith in them. 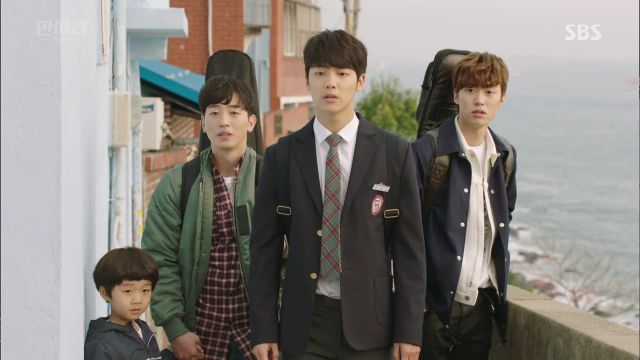 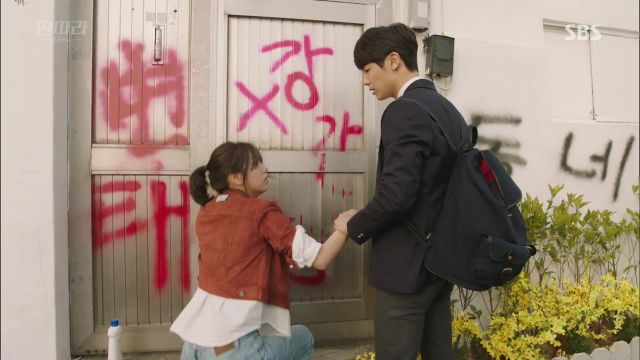