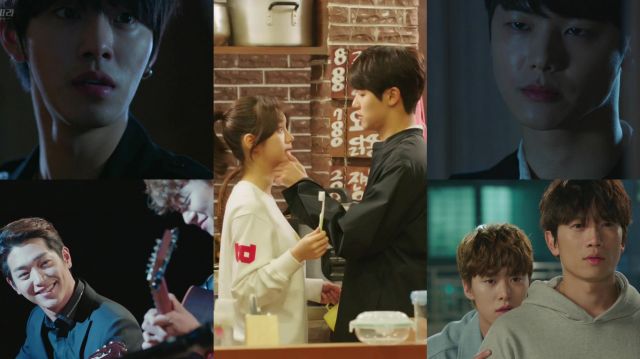 "Entertainers" is getting messier in organization but that didn't stop it from tying with "Goodbye Mr. Black" at 8.6% for first place tonight. Indubitably, the spike upwards in ratings are due to the increased romantic presence in the storyline and with Ha-neul's direct confrontation with Jinu.

The sexual assault scandal and how desperately the characters endeavor to hide or expose it provides a lot of raw plot fodder. It is how this fodder is used that is questionable. The boys and Seok-ho charge forward without truly thinking of the ramifications of their social circumstance. These accusations are so horrendous in terms of the content and what they mean socially that the show needs to more deeply considered how they are portrayed. The same holds true for less grievous issues like Kyle's wounded pride and his fractured friendship with the cameo Seo Kang-joon. It's such a great moment for Kyle, but it's overplayed, and not properly filled out. This is a pattern for the show, which is to thrust an event or a character in our face then explain after we've had sudden exposure. In some cases it works, and some it doesn't. In the case of Kyle, I'd have appreciated more buildup surrounding his insecurity. Jae-hoon had enough buildup because we knew he was a mama's boy and his mama is fulfilling that. 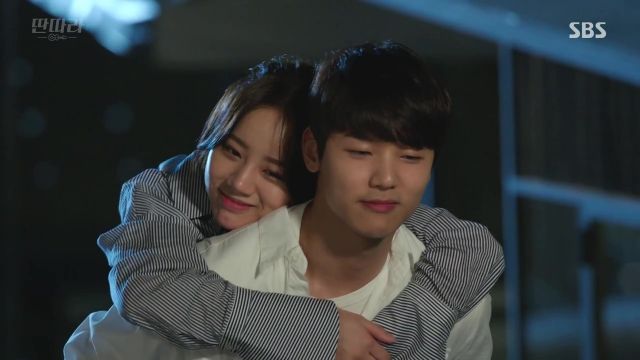 Then we have Green who I'm still not syncing with as a character. She works hard and cares immensely for Ha-neul and the boys - but what else? She still seems rather mundane and her "romance " with Ji Sung is still flat.

Jinu's character is one that I appreciate. He is terribly flawed, mentally anguished, and his conscience is ripping him apart. The confrontation with Ha-neul (and hopefully repeated meetings) was such an exciting cliffhanger and I'm hoping the show doesn't cop out.

Seok-ho is also being forced to reckon with his past behavior and his hindsight vision is certainly 20/20. He repeatedly kicks himself for what he did. He has changed, but that doesn't mean he doesn't have to take responsibility for his unprofessional actions. I like that. 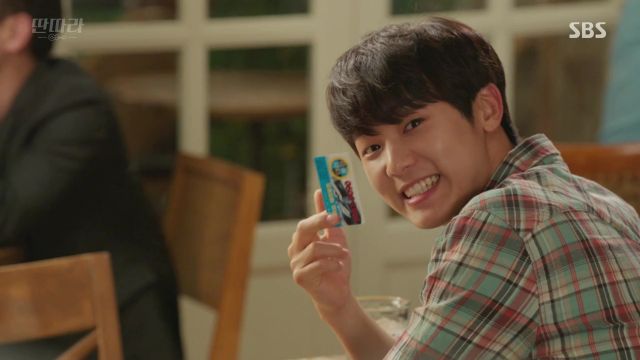 Here's to hoping the romance is more believable next week, to hearing wonderful music, and to see Ha-neul brought to justice.

What did you think, HanCinema Readers? Do you think that Ji-seong and Hyeri are a good pair? Or do you prefer her with Kang Min-hyuk?