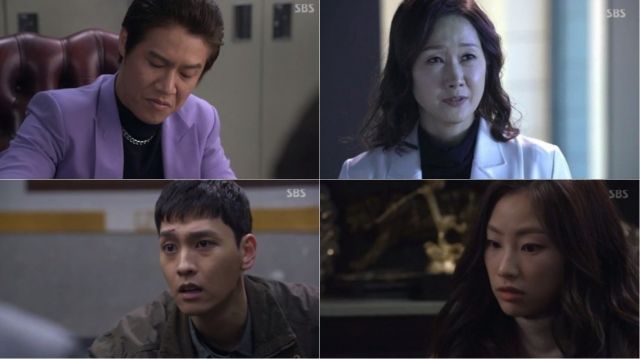 Kang-soo (played by Choi Tae-joon) has a sympathetic backstory. He's deep in debt, thanks to his father Jeong-man (played by Woo Hyun) and works this debt off by doing odd jobs for loan shark Tae-bok (played by Park Ho-san). Unfortunately Kang-soo is also not very smart, especially when it comes to money. We see Kang-soo make frivolous purchases large and small, effectively making his poverty cyclical. So it is that Kang-soo searches for an "Exit" to his dilemma, however exotic that solution may be.

In a curious twist, a lack of imagination is actually what "Exit" most has going for it. Kang-soo is such a generally clumsy character that even his wildest fantasies require a surprising amount of contrived screenwriting in order to come true. Kang-soo has so internalized his sense of self-pity that the poor guy can't even figure out how to succeed on his own terms. It's not clear Kang-soo even has any idea what real success would actually mean or how it could be accomplished.

Observe how, aside from the fact that he's an obviously sleezy loan shark, Tae-bok seems like a decent guy who understands Kang-soo's bad situation in life and wants to cut him some slack. And yet in Kang-soo's mind, Tae-bok has to be railroaded into being the main villain of the story because he's the most explicitly powerful person that Kang-soo sees on a daily basis. Gi-cheol (played by Kim Kyung-nam-II) similarly becomes sinister solely because he's a sort of masculine rival for Kang-soo. 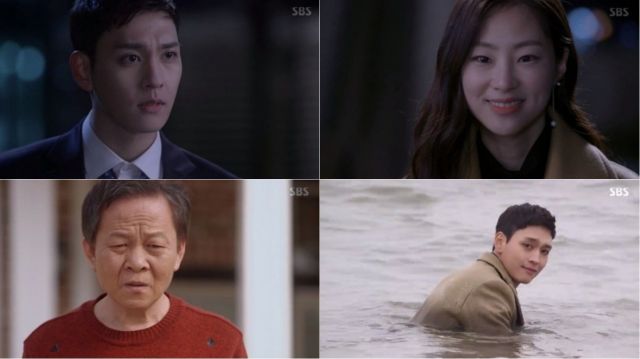 Contrast Jeong-man, who is actually directly responsible for many of Kang-soo's life problems, yet escapes blame because nowadays he's a weak pathetic old man. Seon-yeong (played by Jeon Soo-jin) also takes on a prominent role, solely because she's a woman close to Kang-soo's age. As a potential romantic partner, Seon-yeong is inherently sympathetic, even as her vocalized motives are the most cynical ones here.

In short Kang-soo isn't really main character material, even though he desperately wishes that were the case. Actually even that's going a little too far. Recall that Kang-soo's main critical stated objective here is just to become happy, and he doesn't question how that happens even when happiness is accomplished just by muttering random magic words. Right now the real question is, can Kang-soo really be so dumb that he manages to convince himself that obviously fake happiness is real? At least, that's the impression I got from the fairly obvious plot twist.