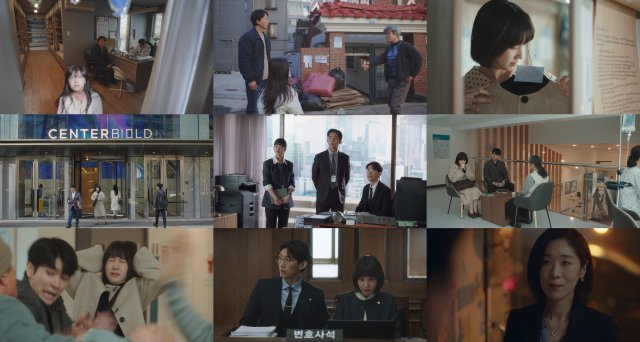 The titular Woo Young-woo (played by Park Eun-bin) frequently mentions how her name is a palindrome. This isn't particularly interesting, nor is the autistic woman's obsession with whales. "Extraordinary Attorney Woo" is the story of how Young-woo's more annoying character quirk interfere with the drama's main interesting premise. Namely, how criminal law is perceived by a person on the spectrum who's capable of making deductions that escape the neurotypical.

"Extraordinary Attorney Woo" manages to throw these genuinely clever curveballs just barely often enough to maintain my attention. Young-woo seems, for example, to be doing the chipper younger lawyer routine at first when she insists on taking a defendant to trial despite a promise of leniency of prosecution. But her initially pointless digression into weird whale facts does eventually circle around to an important aspect of civil law which suggests her elderly client would be unwise to take a deal that might later on jeopardize her only sources of income.

For the most part "Extraordinary Attorney Woo" prefers to lean more heavily into cliches, though, to the point of their rather obnoxiously defying continuity. It beggars disbelief, for example, that Young-woo's father Gwang-ho (played by Jeon Bae-soo) did not ever notice her reading law books as a young child. It likewise seems incredible that Young-woo could have graduated law school but has no concept of how to overcome revolving doors.

Further adding insult to injury, the camerawork makes it quite clear that the building where Young-woo now works as a rookie attorney also has a regular door in addition to a revolving one. Is Young-woo just overly fascinated by the concept of revolving doors, to the point they interfere with her regular work? The accomodations made for Young-woo come off as extreme, and the drama moves into cringe territory with such moments as Young-woo announcing her autism to an entire courtroom, as if the whole attempted murder case is about her.

Much like "The Good Doctor" before it, "Extraordinary Attorney Woo" is a story with its heart in the right place, but it's just too cheesy and goofy for its own good. While Young-woo is sympathetic enough to appeal to relatively ignorant viewers, her manner is borderline insulting to people who do know anything about life on the spectrum. The first episode is pretty self-contained, and the naming conventions imply every episode will just be about one case, so if you don't believe me, it's pretty easy to check out the tone for yourself.