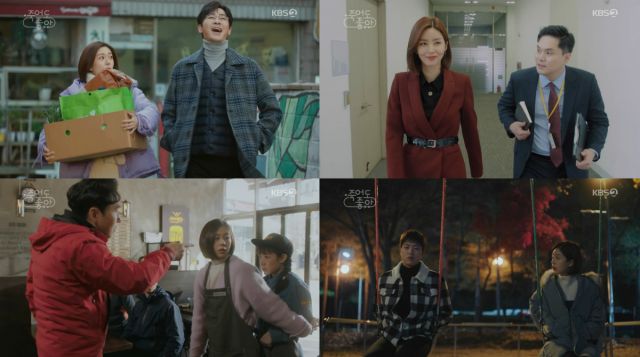 "Feel Good To Die" works fast, as we find out the identity of the shoving hands and, surprise surprise, it's someone we know well. The reasons behind their involvement are tragic, but perhaps they hold the key to this time loop. Meanwhile, In-han and Si-baek become worse by the second, and Roo-da now has two eager suitors and helpers in her fight to save tomorrow.

I think the hate messages coming from the security guard at MW Chicken's headquarters had been obvious, which makes this revealing non-reveal of him as the probably-father of Kim  Hyeon-jeong (Kim Sa-hee) a non-secret. At the same time, him being the cause of the time loop would make sense, as his daughter became stuck in time in a different sense, following Jin-sang's (Kang Ji-hwan) cruelty. 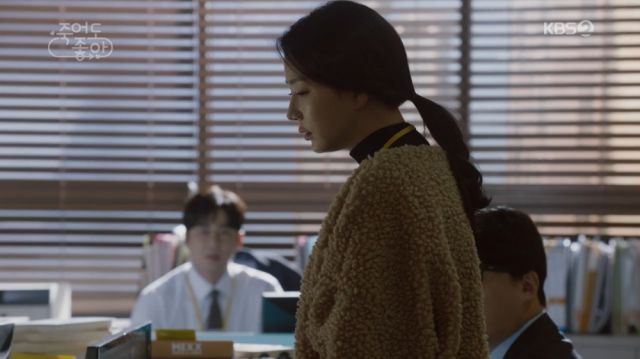 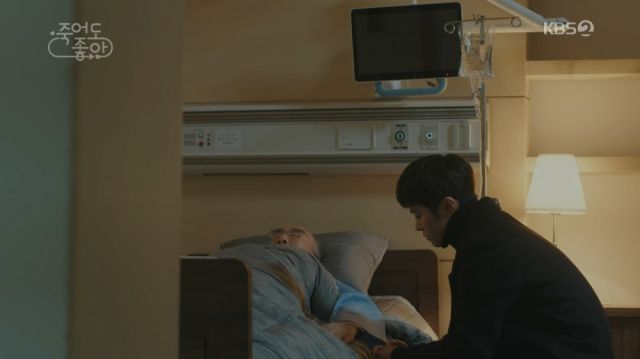 It's also possible that Hyeon-jeong herself is involved, but I won't go too wild with the supernatural side of things for now, because boy, are we busy. It's Joon-ho's (Gong Myung) time to shine now, and the revelation of his father being alive makes me think that we already know who Si-baek's (Park Sol-mi) mysterious boss from abroad is. Goodness, this family is a mess, isn't it?

I do appreciate the peeling back of Joon-ho's (Gong Myung) layers, as well. I've been feeling hesitant to "approve" of him as a potential mate for Roo-da (Baek Jin-hee), because he seemed enamored, rather than invested. Seeing him care enough to share gives me hope, which I definitely need now that Roo-da seems to actually be interested in the man. I just hope Jin-sang will find out before it gets bad. 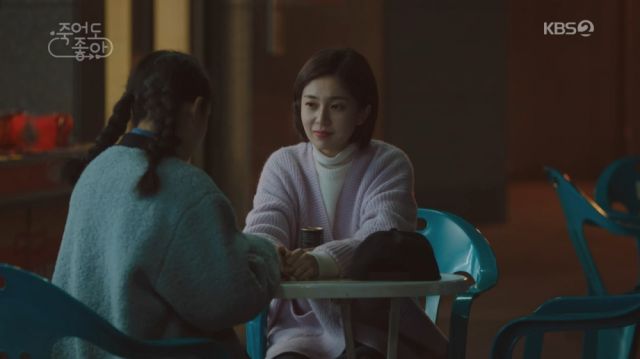 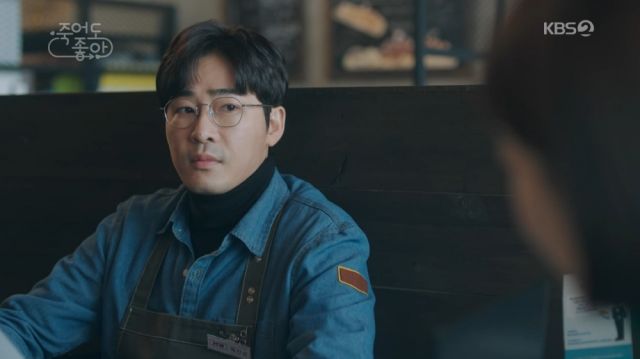 Large-scale grief and romances aside, I love the drama's return to what I found promising about it to begin with, which is Jin-sang and Roo-da's change as people through their experiences of working life. I commend the drama for tackling sexual harassment, but also the complicated topics of generational gaps, and internalized misogyny in one of its most "well-meaning", and therefore insidious forms.

The Garibong franchise crew is growing on me, and I can't wait for them to meet the main crew back at headquarters, where we'll surely be returning at some point. As the wise deputy Choi (Ryu Hyun-kyung) says, people don't change in a day, so I still have hope for team leader Park (Kim Min-jae) returning to us, and hope that Team Good will connect and thrive.