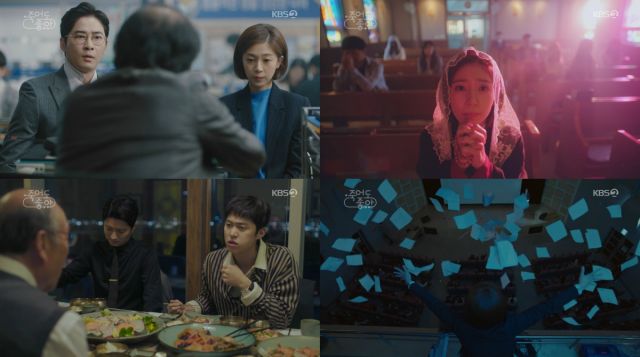 A new persistent day dawns on deputy Lee Roo-da, along with an opportunity to learn something new. Roo-da is tired, and now she has the very focused, very personal loathing of her terrible boss working against her. Escape seems like an appealing solution, but as her supernaturally governed feud with Baek Jin-sang grows, so does her understanding of the intricacies in keeping this magnet of death and ruin alive.

I am surprised it took so long for Roo-da (Baek Jin-hee) to try and strangle Jin-sang (Kang Ji-hwan) with her own hands, but there you have it. The man's targeted spite may feel unbearable, but having to save him despite it is even more grating. At the same time, he is far from the worst type of superior there is, and President Kang In-han (In Gyo-jin), his managers, and the new company's recruiters are here to prove it. 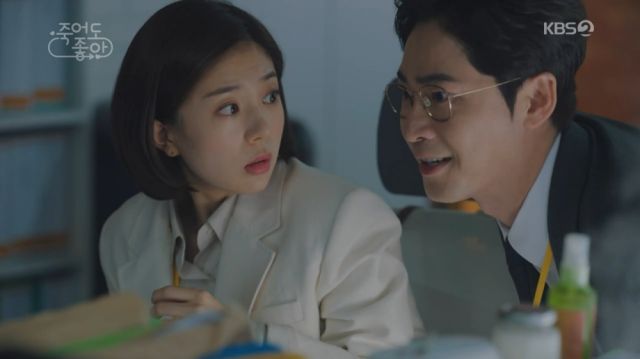 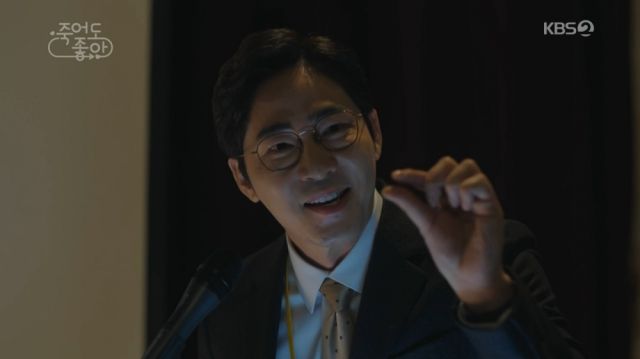 Jin-sang is a narcissist, but he is also quite obtuse when it comes to being used, or when it comes to predatory practices. He does not directly lie to or abuse his staff in any way but complaining, but like the sadistic bosses Roo-da tries to please for a new job, Jin-sang does not consider the individual. We slowly discover the parts of him that need improvement as a boss through Roo-da's time loop governed plight.

This is clearly a story about Roo-da more than it is one about Jin-sang, however. Every cursed day is a blessing in hiding, because it shows her new things about herself and about her condition. It also teaches her the patience to figure Jin-sang out, and slowly become the better person. For all his faults, he is sincere in pinpointing anything he deems a problem to the company, and that unfortunately creates enemies in all tiers of management. 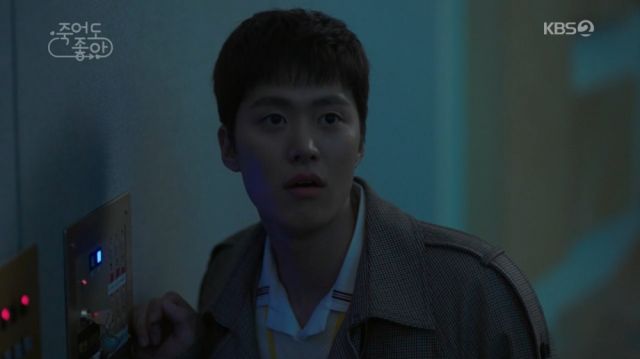 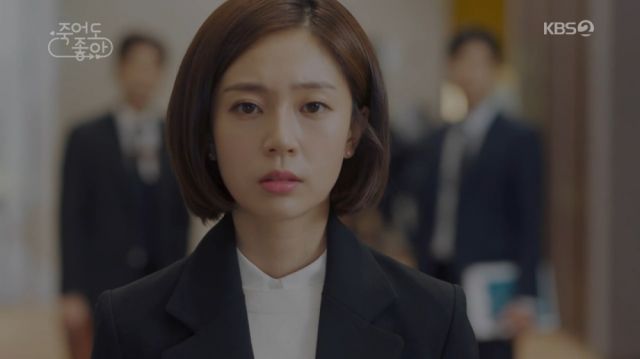 By figuring out what parts of him bring on the death wishes, she essentially appreciates the ways in which she can make her life and her handling of him better. I am hoping that this will become the basis for a solid friendship down the road, but I also want us to start discovering Jin-sang's capacity for one. His lack of development and characterization past his issues are fine for an introduction, but who is this man the universe loves so much?

Life rarely gives second chances, but while Roo-da's gift of being able to optimize her existence could harm the drama's messages on figuring this thing called life out, it gives her, and us, a little pause for contemplation, which is sometimes sorely needed. The story's strength lies in using its outlandish element to share something real, and useful. You can do it, Roo-da. We and your new smitten chaebol assistant believe in you!