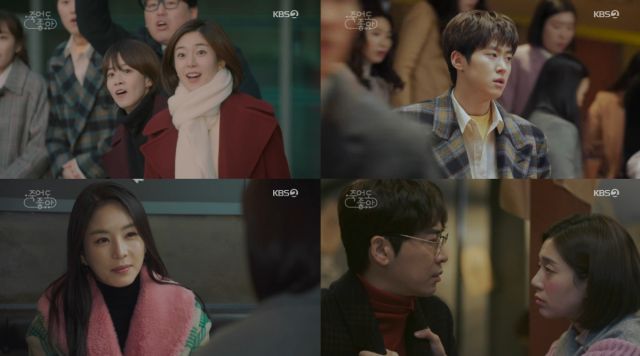 It's time to set things right for a better future, but "Feel Good To Die" saves one last twist for us. It's definitely an unexpected one I would usually not welcome at all, but this series has managed to get through everything else with dignity, and it does not disappoint this time either. Jin-sang, Roo-da, and their merry crew won't have an easy road ahead, but they will have good company on it.

I've been fearing Roo-da's (Baek Jin-hee) "trophying" for the sake of our lovelorn hero for a while, but I never thought they'd nail the delivery of such a trope well enough to subvert its usual problematic elements. This change of heart, albeit sudden and clearly designed as a "hero gets the girl" twist, happens from our heroine's point of view, it happens for a hero who has already gracefully bowed out, in a series where romance is just another part of life. 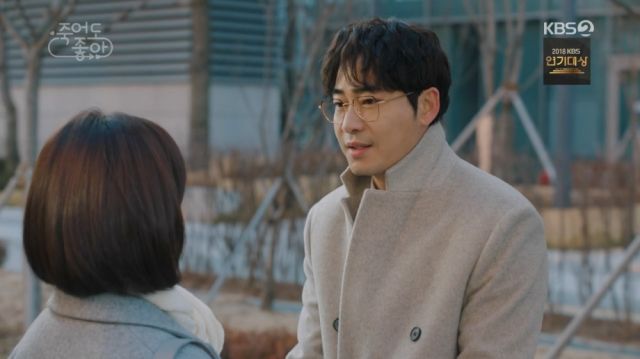 As Jin-sang (Kang Ji-hwan) himself says, he wants to be a better person for everyone, rather than work for romantic rewards. And the man has proven that to us. Roo-da's feelings are also not a result of the changed timeline, but a state she had mostly settled in before it. The trio of Roo-da, Jin-sang and Joon-ho (Gong Myung) have been such a sweet chosen family for a long time, so the type of love between them is a technicality.

The episodes do engage in other manner of convenience writing that is sadly not as well-delivered as the romance, which includes the same willy-nilly change of heart for Si-baek (Park Sol-mi), In-han's (In Gyo-jin) miraculous earned family dinner, and other bits and pieces that sort of just need to happen. I don't mind the bright wrap-up to this lovely story, I'm just sad that these characters and their own subplots never got to flourish. 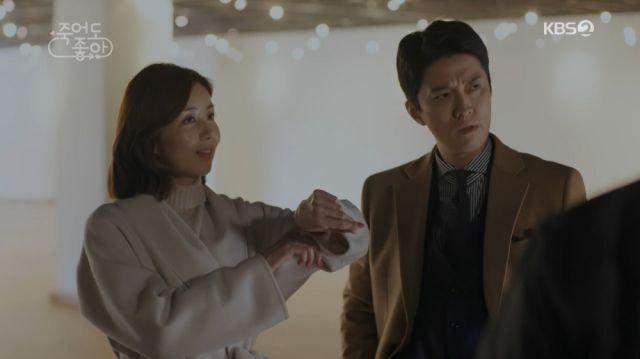 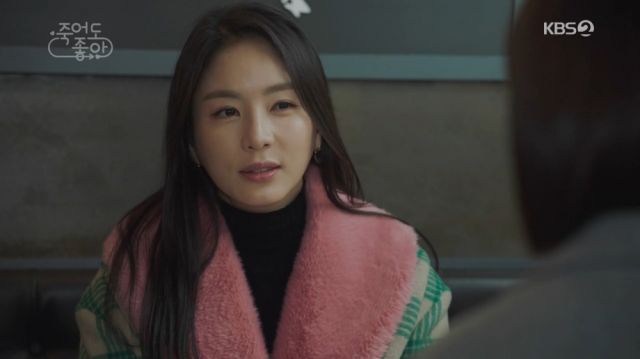 "Feel Good To Die" tried to tackle a story about changing someone for the better, and about that someone stepping up to change the lives of others in turn. It's a surprising, welcome thing that it also managed to tackle a love triangle and an office drama in a relatively consistent, respectful and still light-hearted way. Trying to tackle too much rarely pays off, but only caring for some of it never does.

It feels like "Feel Good To Die" was built on a foundation that doesn't take itself too seriously, but one that takes the people experiencing it as seriously as every piece of creative work should. It's a fun, wacky adventure that stays human through the most extraordinary circumstances. I hope more dramas remember to have fun like this, and I hope you had fun with it, and with my episode reviews for it.