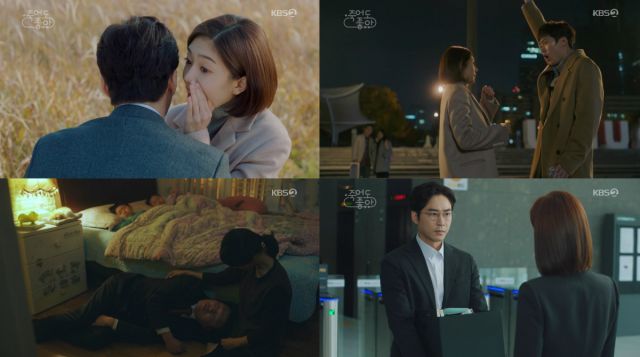 The truth hurts, especially when it has created supernaturally fine-tuned mechanisms to confirm your own flaws to your face on a repeated, daily basis. "Feel Good To Die" gives tough love like that. Jin-sang meets an enemy from the past, but he also gets to confirm just how many he has in the present. What's surprising about this whole process is just how obtuse our leading menace has been about it all. Roo-da has a long way to go with this one.

Intentions matter a lot when it comes to sympathizing with a character, and I am quite surprised to see Jin-sang (Kang Ji-hwan) show such shock at the realization that he is, in fact, hated. I know that the premise relies on him managing to change, but I would not have been surprised if his behavior were a part of a disorder. I sort of wish this were a drama about the world learning to adapt to that as much as he tries to adapt to it. 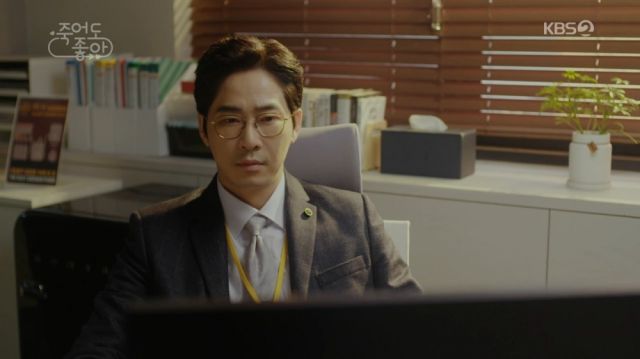 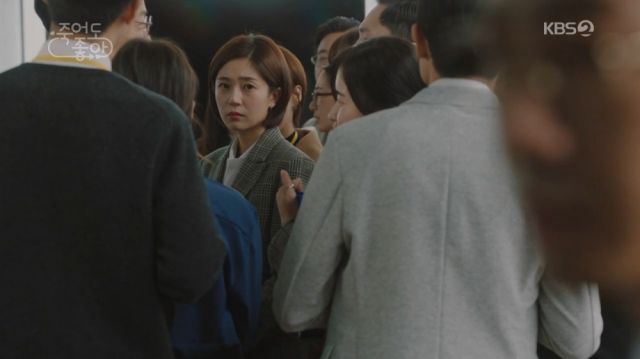 Roo-da (Baek Jin-hee) is as surprised and deflated to see it as well, because the devil she has been so vehemently hating was never aware of the gravity of his behavior. It is both an insult to her injury, and at the same time too pathetic to hold it against him. It also changes a lot about how she has to approach him, because it's one thing to bring someone to a realization, and another to change the fundamentals of their existence so far.

These fundamentals seem to go way back, as the flashbacks of Yoo Si-baek (Park Sol-mi) show. Roo-da is not without her mistakes, and the same goes for anyone in the group. They could all easily become her one day. While an antagonist, I expect Si-baek to be a good influence. Jin-sang is not going to change without cooperation and exposure, and starting at the bottom with a staff which seems ready to disregard his authority should help. 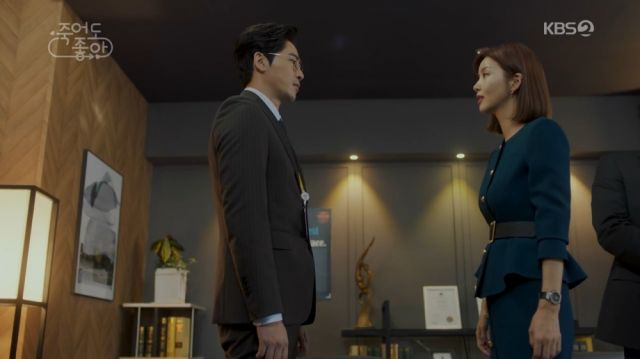 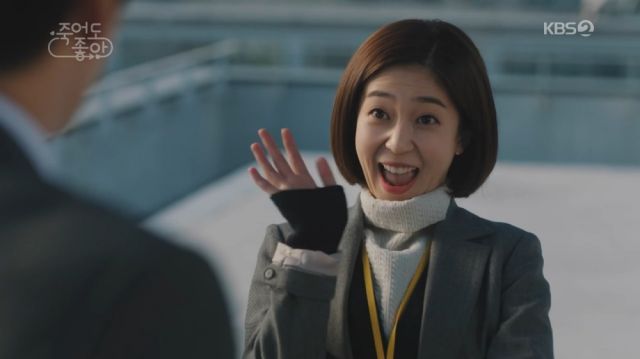 Of course we have puppy Joon-ho (Gong Myung) in this conundrum as well, and I'm tickled by how Roo-da and Jin-sang's dynamic is so much like a typical drama romance to outsiders, that he's panicking over it. I do hope that the drama will develop him well while staying clear of nasty stereotypes. He has been such a refreshing character in an already unique story with fun character interactions, and Roo-da deserves a good friend or boyfriend.

Coming back to Jin-sang, the loss of his position is not only great for his character, but it gives me hope that the drama has enough material to keep its plot solid. I was fully prepared for a series exclusively set in MW Chicken, and while I expect the biggest part of it to be, the premise is all about evolution, which means that the people and stimuli have to keep fresh as well. I look forward to Jin-sang getting grounded before working his way back up.