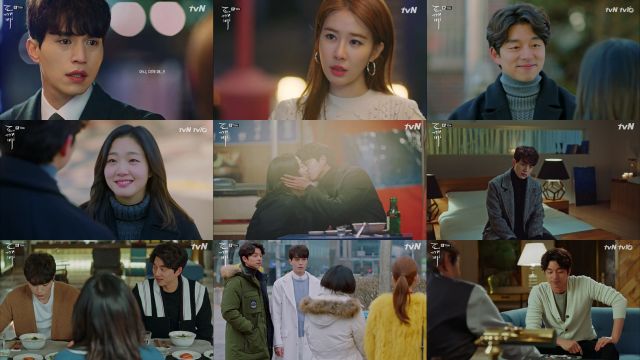 The Goblin can live only if Eun-tak dies, and vice-versa. Lest we get too invested in that potential plot hook, "Goblin" instead takes a huge chunk of time explaining the Goblin's back story, from when he was still Kim Sin. Interestingly, these flashbacks have almost nothing to do with Kim Sin directly, the focus instead being placed squarely on other characters whose poor decisions led to the rather unnecessary massacre we saw way back in the first episode.

The real reason this is all coming up is because they're trappings explaining the mysterious destiny of the Grim Reaper and Sunny, who were reincarnated from that bygone age into the modern day, only to find each other once again. In spite of having the most classically romantic set-up possible, their love story has significantly less chemistry than before. Mostly this is because Sunny post memory-wipe is way less patient than she was for the first portion of the drama.

So it falls on the Grim Reaper and Eun-tak to carry through on that part of the story. Eun-tak has rather helpfully aged into adulthood. We can tell because she is now wearing really thick lipstick. That coupled with Gong Yoo's handsomeness is enough to make people ignore the age disparity. Shoot, even I'm ignoring it at this point. That was a pretty solid kiss after all, weirdly placed as it was after that big elaborate fight scene.

It's easy to praise "Goblin" on a technical level. Scene by scene the camerawork is great. Whether it's ancient Korea or modern day Myeongdong, the visuals are enormously vibrant and even convincing. In contrast to the half product placement half questionable fashion of the last episode, all the characters look quite stylish and dapper here. At times their discussion of past lives and magical ring-centered destiny manages to almost be interesting.

For all that, though, "Goblin" continues to not grab me. This is a very cool-looking drama. Even the acting is surprisingly good, considering how ill-defined the characters' motivation is most of the time. And that's probably what bugs me. So much of the plot just feels so arbitrarily tossed in, so the resolutions are inherently unsatisfying. We found out what the deal is with Eun-tak's insurance paperwork and...yeah, at one point insurance paperwork was a major plot point. If you forgot that this plot hook ever even existed, I don't blame you.