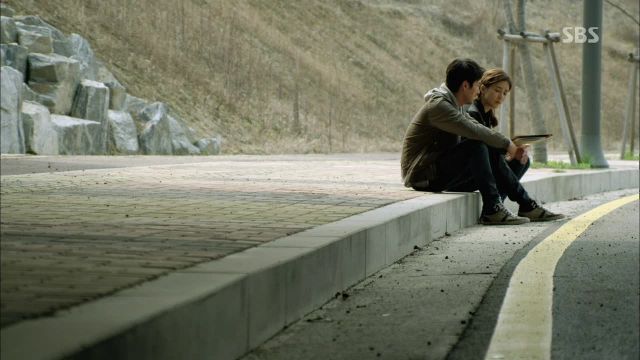 "God's Gift - 14 Days" has added a thick political backdrop to Saet-byeol's kidnapping and it changes the playing field entirely. Rather than battling a single, manipulative man, Dong-chan and Soo-hyeon now face an enemy who very well may be backed by the president of South Korea.

At this point, it is difficult to discern exactly who is involved in the crimes of Saet-byeol's kidnapping and the murder of Dong-chan's late girlfriend. But more than that, it has come to light that there is political conspiracy backing of the crimes, and that there may be more criminals than previously thought. This makes the vision of the show far-reaching and it's method of development tantalizingly clever. It started with what was thought to be the murder of a child with motivations on a small scale. It escalated to encompassing Dong-chan's history, and now furthers itself to a national political scheme.

What weakened this awesome development was Soo-hyeon's impulsivity - again. She oscillates between being whip smart while working with Dong-chan, and incredibly stupid when she's alone. Instead of making her a rich character, it turns her into a frustrating fool, especially since her impulsivity is detrimental to her desperate cause - saving her beloved child's life.

Dong-chan, on the other hand, grows richer by the episode. He learns that his brother is innocent and the emotional fallout of that information is gut-wrenching. It ignites within him a renewed fervor to seek the truth, and protect his innocent brother. Cho Seung-woo is the standout actor of this show, making the extremely flawed Dong-chang relatable and real and human.

A strength of this show is how it undermines my suspicions and replaces them with new revelations that in turn spawn more suspicions. Whenever Soo-hyeon suspects Dong-chan of malintent, I feel a twinge of suspicion as well. Ji-hoon tells his blackmailer not to hurt his family, but moments later I doubt his sincerity and his motivations. The grandfather who mooched of Dong-chan and then turns out to know the killer is, in fact, a political coward who is sloughing off responsibility and placing it onto Dong-chan and Soo-hyeon.

I like that I'm never quite sure where this show is going to take me. It keeps me on my toes. Although there are a few sloppy character points, the plot seems fairly well-planned out. It keeps me coming back for more, week after week.